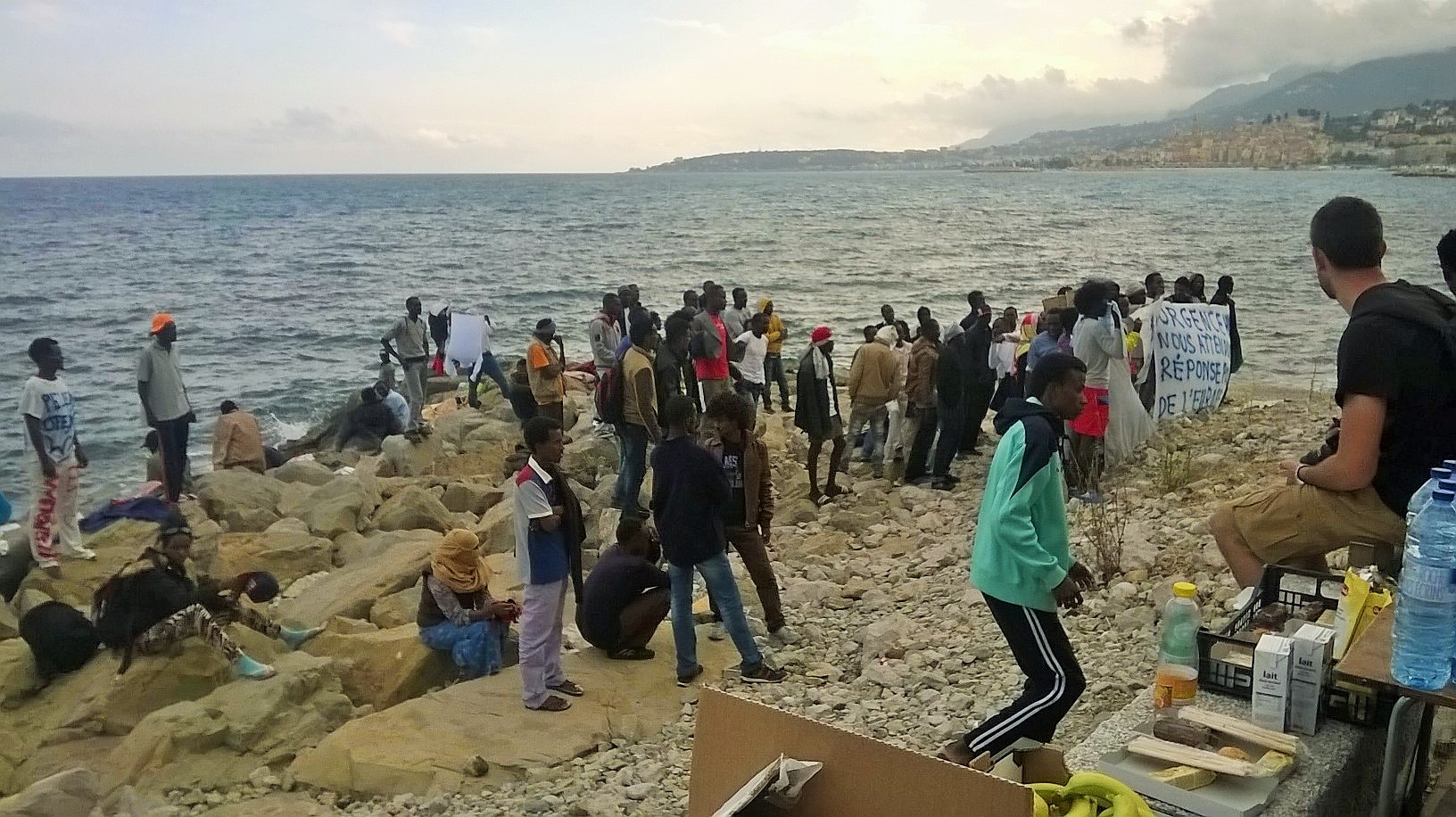 Migrants who are trying to cross the border to France near Ventimiglia (Italy) - being pushed back by French authorities. (Photo: Francesca Lodovici) 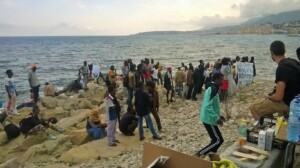 Migrants who are trying to cross the border to France near Ventimiglia (Italy) – being pushed back by French authorities. (Photo: Francesca Lodovici)

Calais and Lampedusa have become synonyms for the tragedy of refugees trying to make their way to Europe. Italy, having to deal with the greatest numbers of refugee arrivals, cannot cope with the situation on its own. Camilla Crovella, a young Italian, calls for solidarity and a comprehensive reform of the European approach to refugees.

After hundreds of refugees tried to cross the Channel tunnel connecting France and the United Kingdom in the past weeks and the  April 2015 tragedy, when 700 to 900 people lost their lives crossing the Mediterranean in only one night, it has become clear that the approach adopted until then (with just a few national governments of countries directly affected by the influx dealing with the problem) was no longer sustainable. A new European response is needed to be set out immediately. The so-called Junker Agenda, issued by the European Commission in May 2015, focuses on one key-pillar: the suggestion to create quotas for the distribution of migrants among all member states. Moreover, particular governmental attention should be paid to those with the right of applying for asylum, which means being granted the refugee status, on the ground of the Convention relating to the Status of Refugee. According to the document, compiled by the European Commission, this social category should be distinguished from the one of economic migrants, who are not under the risk of persecution and who should be immediately returned to their country of origin. Despite such assumptions, it is still unacceptable in my opinion that all those not identified as asylum seekers, the mentioned economic migrants, should be returned to their country of origin. Even though it is clear that resources to support them are scarce, it is a European moral duty to develop a concrete system of integration. Indeed, Europe has made its own flag of human rights and cultural integration; thus, it is not only inhuman but also contradictory, to deny the right to find better life conditions, just because one was not born on EU-territory.

As one of the countries most touched by the migration issue, due to its geographic position, Italy has faced migration problems for several years. Now, the situation is an emergency and no longer manageable by the national forces. For instance, the asylum seekers who reached the Southern Italian coasts are currently kept in the Mineo Centre; The structure is meant to host around 1000 people. Currently, the number of people located there is around 3000.
The Junker Agenda seems to be a first acceptable answer to the issue, even though all the costs of welcoming migrants still remain on Italian shoulders. However, taking into consideration the response received during the EU-summit on 26th-27th June 2015, when the Italian requirement for immediate cooperation in managing migrants’ arrivals was denied, other member states’ attitude still appears to be unconstructive. Without mentioning all the clear and well-known advantages and the progress that an efficiently organized integration system could bring to the Italian society, it is useful to give an example of how the impossibility to manage the current crisis affects our ordinary life. First of all, there is Lampedusa: the island’s major source of income is tourism. Tourism on Lampedusa has decreased almost 40% since 2011. Obviously, this is a major problem for the locals. But in general, it is not that easy to say how the emergency actually affects our ordinary life, as the government tends to hide the topic and many Italians do not even have an idea about what the problem is like. This governmental tactic does not solve the horrible situation of the migrants. 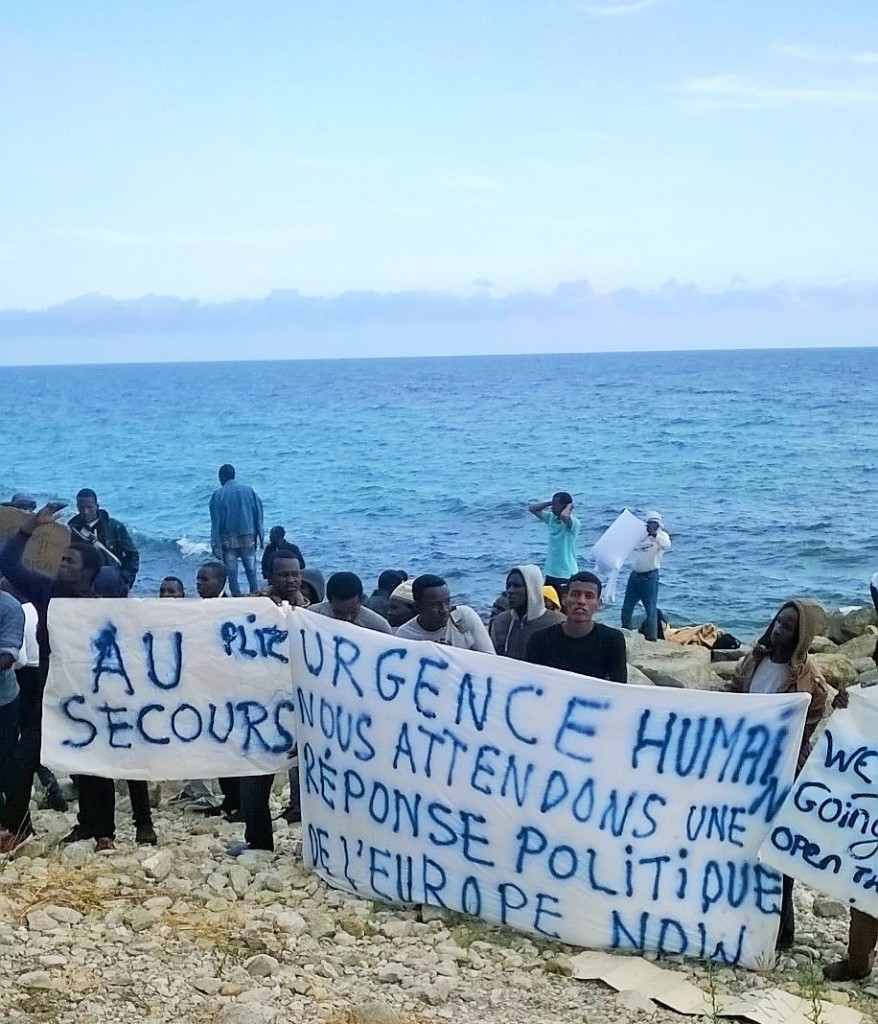 “We are not going back – open the way!” – Refugees at the Italian-French border calling for a human soulution of the migration crisis. (Photo: Francesca Lodovici)

The national Euro-skeptical party Lega Nord, which has been fighting against migrants for years, is now sharing and spreading the idea that the migration issue is taking away too much resources from the Italians, in terms of the welfare state system and national budget. Lega Nord argues that the other member states are not putting any effort in changing the situation, since they are not directly affected by the problem. However, Italy is not the EU-member, which is affected the most by migratory influxes: Nowadays, countries with the highest amount of asylum requests are Sweden and Germany. Italy is no longer able to deal with the entire issue alone. As a result, the other European countries should accept different quotas of immigrants, in accordance with their own capabilities. In the current situation, it is impossible to consider this merely as “Italy’s problem“. I am referring to the French attitude in particular (exemplary but not alone), as Paris declared, when closing the frontiers. In addition to the financial costs, there are the humanitarian costs of such an emergency. Some European countries, as such, cannot conceive letting people drown in the sea as a possible solution and/or not offering them the opportunity to settle on their territory.

The immigration issue has definitely showed us, that all the actions aimed at solving the problem, can no longer be state-led, but call for a common EU-leadership. The most efficient short-term results could be reached with applying the following two measures: first of all, distribution of immigrants among all member states, to let the costs of welcoming and managing them no longer bear on a few countries’ shoulders. One has to take in consideration that the latter countries are also the ones most suffering from the economic crisis. Secondly, an actual and concrete EU foreign policy has to be set, in order to alleviate the troubling situations forcing migrants to escape from their countries of origin, in order to avoid on one hand a dangerous and difficult trip for them and to reduce the number of people landing on EU-costs. As a matter of fact, it is more than clear, that the idea of the EU as a system where individual national governments can arbitrarily choose which EU political decisions to adopt and which EU-recommendations to refuse is no longer bearable. The current immigration issue should definitely force Europe to take its responsibilities and to face the gaps in its institutional structure.

Camilla Crovella
(born in 1993) is an Italian student, currently attending the third year at the University of Turin, Law School. She is interested in European Law, History and International Relations and passionate about German language and culture. Camilla approached journalism and academic research as a fruitful way to understand and deepen her knowledge about the reality we live in.

Written by Camilla
Camilla (born 1993) is a student from Turin, Italy. Her interests include European History, German language and culture and backpack travelling. But everybody knows her for her unconditioned love for Thai food and energetic coffees.
Tags: Borders, Calais, Dublin Agreement, Italy, Lampedusa, Migration, Refugee, Solidarity
Share This Post
You May Also Like 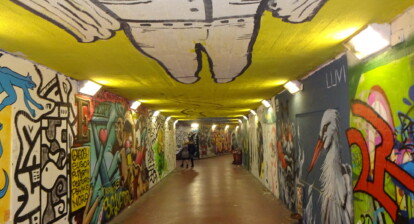 #livingFlorence: Choir and Constitution
14. March 2018
Previous ArticleMemory Suitcase: Bugs, greens and video tapesNext Article”That is the great void that affected me throughout my entire childhood.”