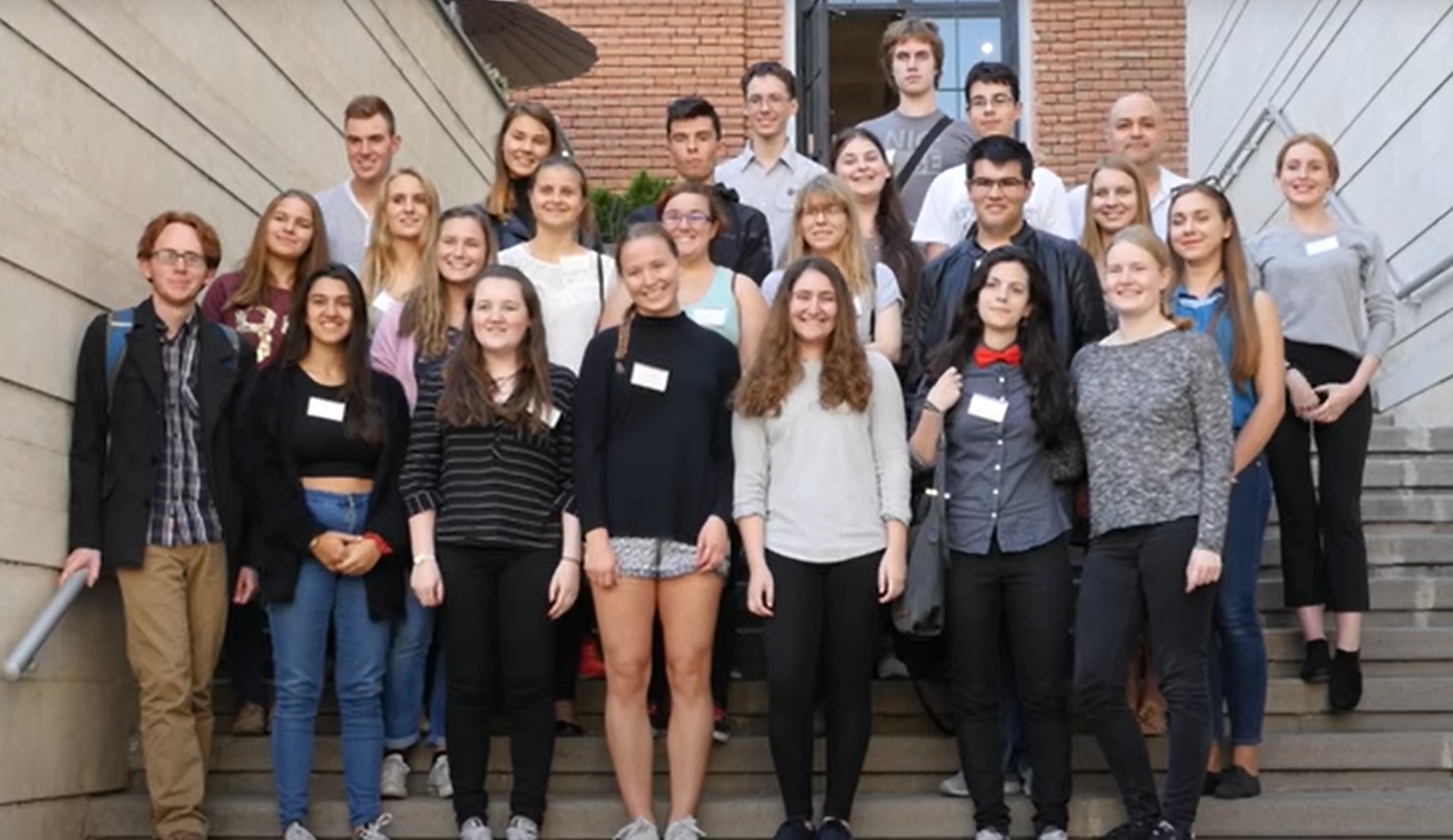 From 2 – 8 October 2016, 24 young people from 16 nations gathered in Tbilisi, Georgia, to discuss and reflect over the concepts of nationality, identity and Europe. The young Europeans are prize winners of national history competitions of the EUSTORY network. They explored the Georgian capital Tbilisi during the History Camp »United or Divided in Diversity? National Identities in Europe«. They debated the concept of identity and what it means to them.

Europe is known for its diversity in culture, traditions and languages. Being Norwegian, Russian, Portuguese or Slovenian: What does it mean to you personally? And how do you define the fine line between national identity and nationalism? After the devastating experience of the Second World War, Western European countries experimented with balancing political interests among each other in different ways. They were trying to create a European unity based on shared values that takes different national backgrounds into account. However, both in the past and today there are different ideas about how to handle national interests and European confraternity.

The 2016 History Camp in Tbilisi, Georgia, examined European singularities and questioned if Europe is united or divided in its diversity and values. National identity plays a key role within this debate. In times of crises the slip towards nationalism seems to be just one financial or refugee crisis away. The participants visited places typical for nation building, discussed the meaning of national identity, both in their home country and Georgia, and researched: Where do you face the topic of national identity in your everyday lives?

Georgia is a good place to study these questions due to its geographical position, its diverse ethnicities and religions as well as its history to question the importance of national identity for a country and its people. Since its independence from the Soviet Union in 1991, the country is struggling for national unity and identity. The secessionist conflicts with the provinces Abkhazia and South Ossetia are examples of ethnic independence movements in Georgia. They are also markers for the continuous presence of the country’s past as part of the Soviet Union.

“My personal identity consists of my values, the past of my nation, our traditions and beliefs – it´s related to history.”

„My identity is my family and my education, my nation and its culture and finally my principles.”

„I think that my personal identity is based on where I come from, on my roots or my family and friends. Identity is shaped and changing over the time and especially by the people that surround you.”

“My identity isn´t a static thing. It´s always changing and trips like this History Camp contribute to it and my awareness of what identity is composed of. By witnessing the differences between people, you become aware of the similarities. I believe in national identity and its importance, but I believe in unity and tolerance even more.”

Insights into the History Camp

About the Participants' History Competition Entries

EUSTORY’s History Camp in Georgia was organised in cooperation with DVV International, the Institute for International Cooperation of the Deutscher Volkshochschul-Verband e.V.

in cooperation with the Institute for International Cooperation of the German Adult Education Association (DVV International), Project Office Tbilisi, Georgia.