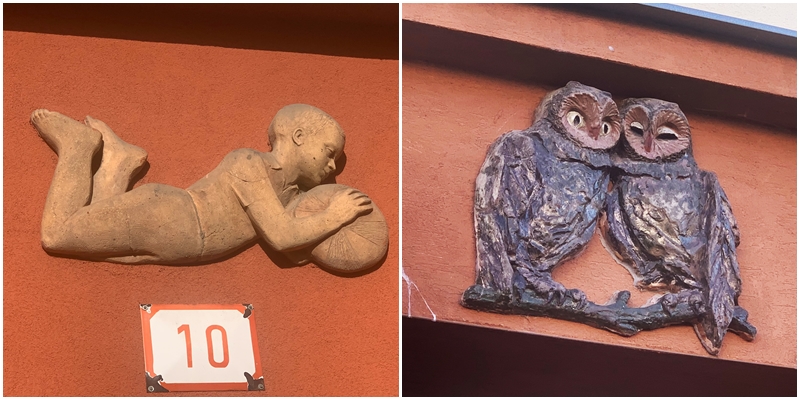 Written by Caroline
Caroline is a prize winner of the Slovakian EUSTORY History Competition, currently pursuing a degree in Medicine at the Comenius University in Bratislava. Some of her interests include fashion and reading historical novels, thrillers and crimes.

What comes to your mind when you think of Slovakia? Its mountainous nature, well-known spa towns or castles? Whatever the response is, it is probably not Žiar nad Hronom – a place perceived by many merely as a representation of the socialist era or even as a city without any cultural heritage. However, for our author Caroline, it carries the traces of its unique history – including house signs from the 1950s next to the entrance doors.

In the Heart of Slovakia 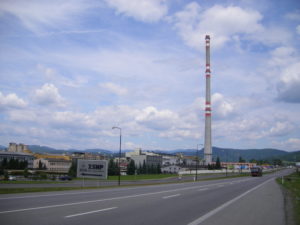 My hometown Žiar nad Hronom is located in the area of central Pohronie, near the mining towns Banská Štiavnica and Kremnica. It was founded in 1955 after renaming the original historic town of Svätý Kríž nad Hronom, even though its history dates back to prehistoric times. In the 1950s, the city experienced a great boom as the construction of the aluminum plank began to turn it into an industrial centre.

It was during this period that new housing estates and residential houses were built to host the aluminum plant’s employees and their families. And since all the brick houses looked extremely similar, house signs were placed above their entrances to tell them apart. They weren’t a new invention – similar signs had already been used in the Middle Ages or the Renaissance when many people could not read the numbers.

When I was strolling around the city as a little child, I’ve always admired the house signs, especially those with animals. I remember being excited about owls, fish and dogs and eagerly waiting for the walks from the kindergarten to my home just to see them again.

But only recently, when one of these houses was under reconstruction, I noticed that the signs gradually started to disappear, making the houses lose their characteristic elements. Some of them have vanished completely, while others have been covered during the reconstruction. Many house owners or inhabitants may not have realised the artistic and historic value of these little sculptures, often created by important Slovak artists.

Today, house signs in Slovakia can be seen mainly in mining towns such as Handlová, Prievidza or Nová Dubnica. All of them were created in the era of socialist realism. It is a style which started in the Soviet Union at the end of Lenin’s rule after the flourish of the proletarian arts movement and later replaced constructivism. 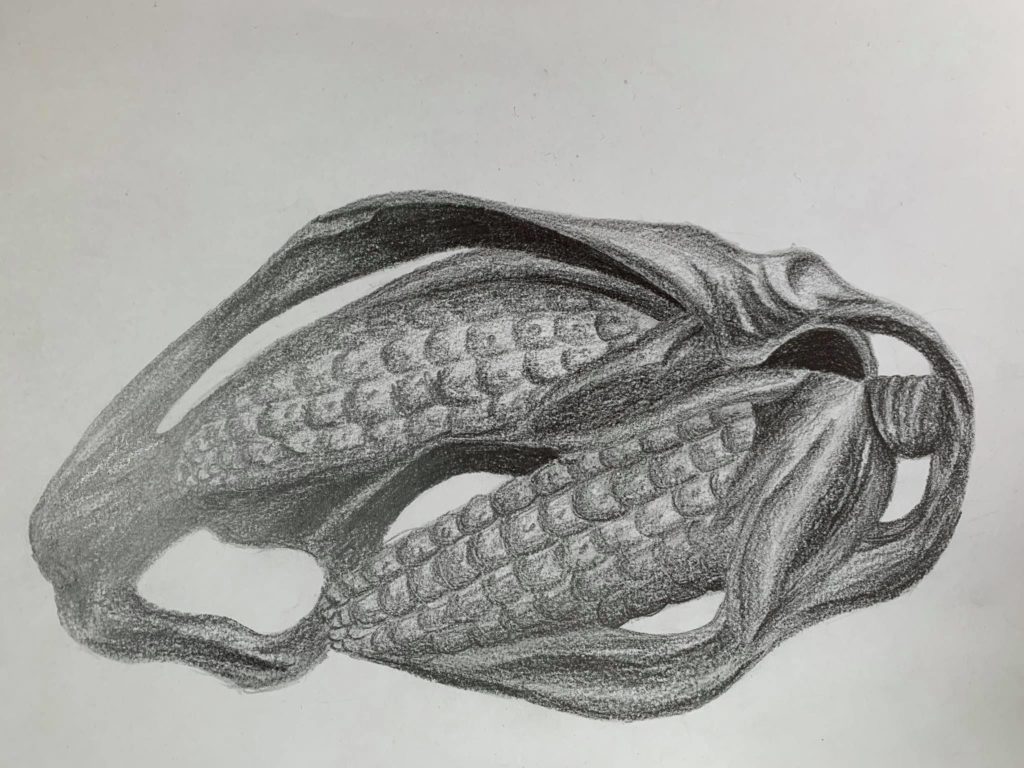 What house signs in Žiar nad Hronom used to look like 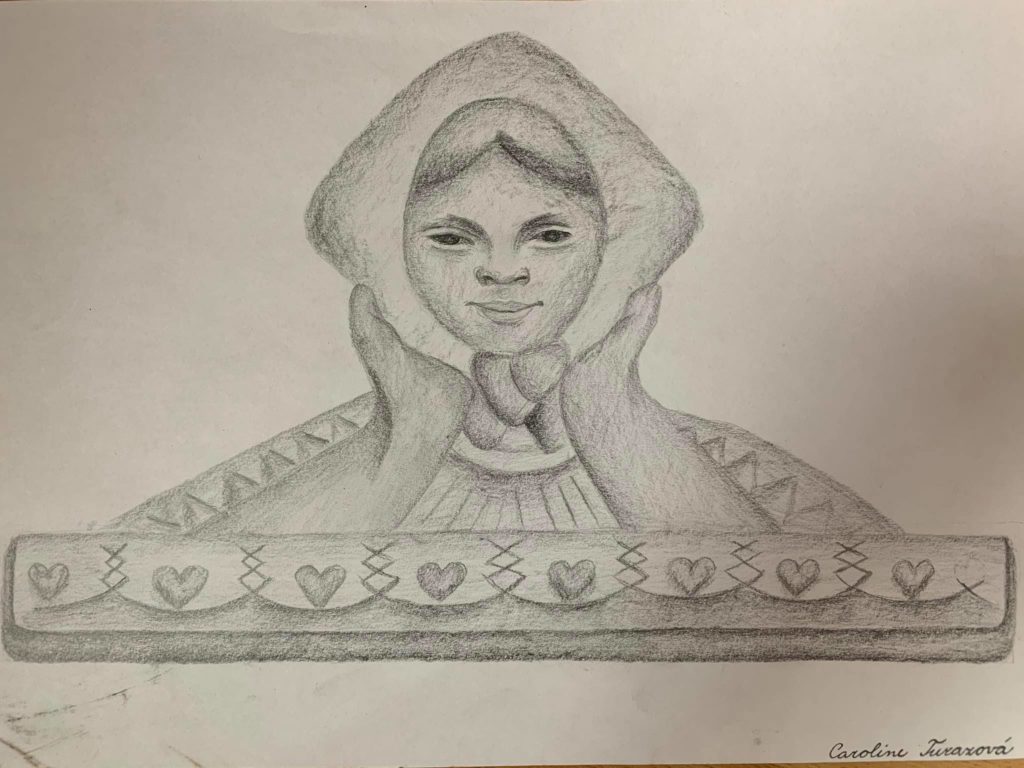 One of the Prides of my Birthplace

The distinctive feature of the house signs in Žiar nad Hronom is their richness in various motifs – human figures, food, animals and objects of everyday use. It is their uniqueness which has ranked them among the sights of our city only recently.

After having participated in a student competition, I pay much more attention to these house signs. Their authors have been unknown for a long time. Due to the fact that most of the artists didn’t leave any signature, it was assumed that at least three of them took part in their creation. Only five of the reliefs were signed, while three others used to hide the initials K.P. During my research, I was able to reveal who was hiding behind these initials – they belong to Klára Pataki, an important contemporary Slovak sculptress whose work can be seen in Slovak cities and beyond. Thanks to her helpfulness, I got to know the names of the other potential authors: Anton Čutek, Ludwig Korkoš, Theodor Lugs and Jarmila Podzimková-Mráčková. All of them had a relatively free hand in the creation, resulting in a great variety of motifs.

Legacies of the city’s past (Photo: Caroline Turazová)

Although the house signs belong to the architectural heritage of socialist realism, their current state does not correspond to the original one. The ones which still exist were affected by insensitive reconstruction and insulation to such an extent that it changed their overall character. What had been true art once, has in some cases been covered with paint and appears in awkward colours today. It is important to put a closer look at works of art that we tend to overlook and too often take for granted, as we pass by them every day. In order to know their authors and to preserve them for future generations. 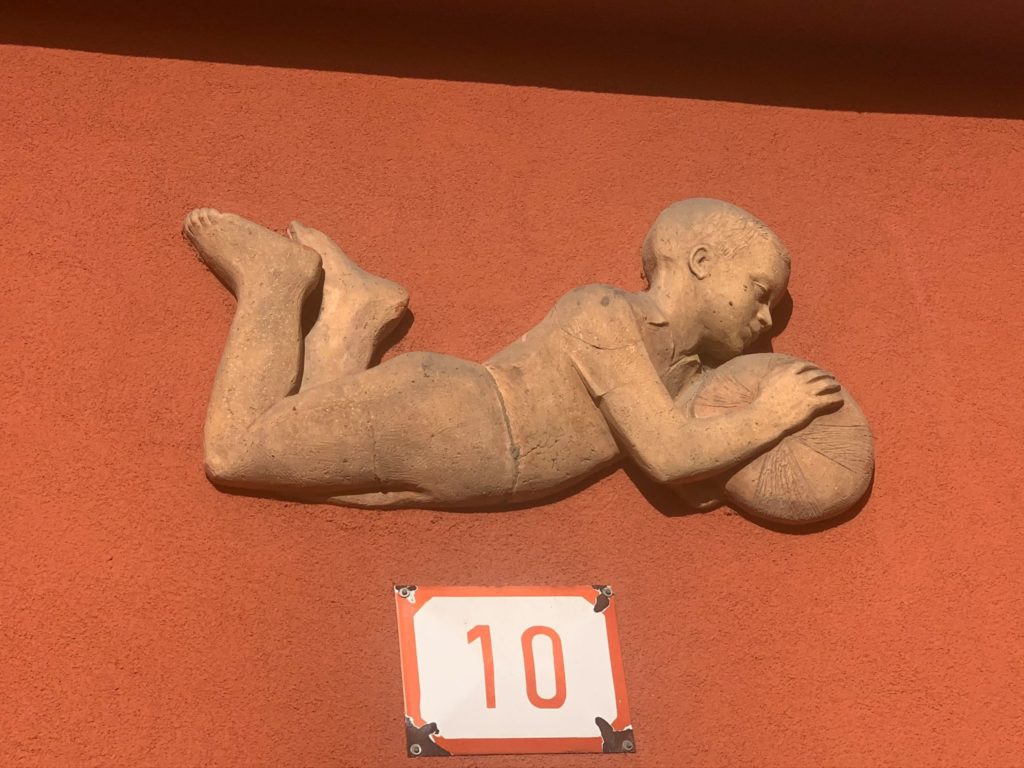 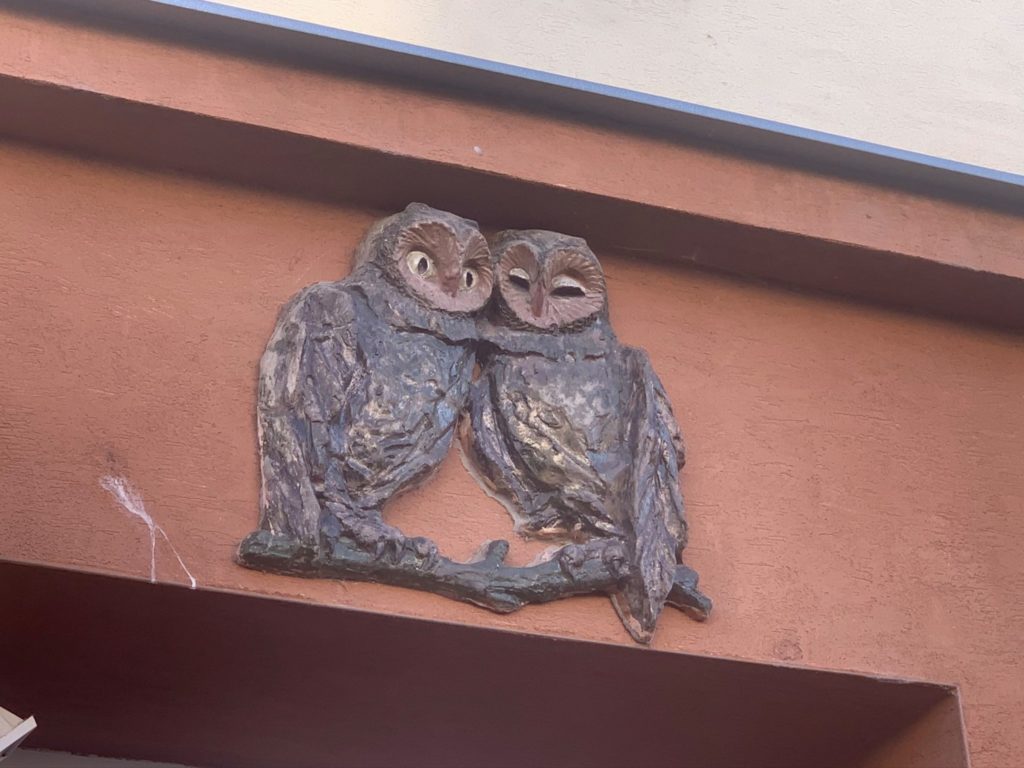 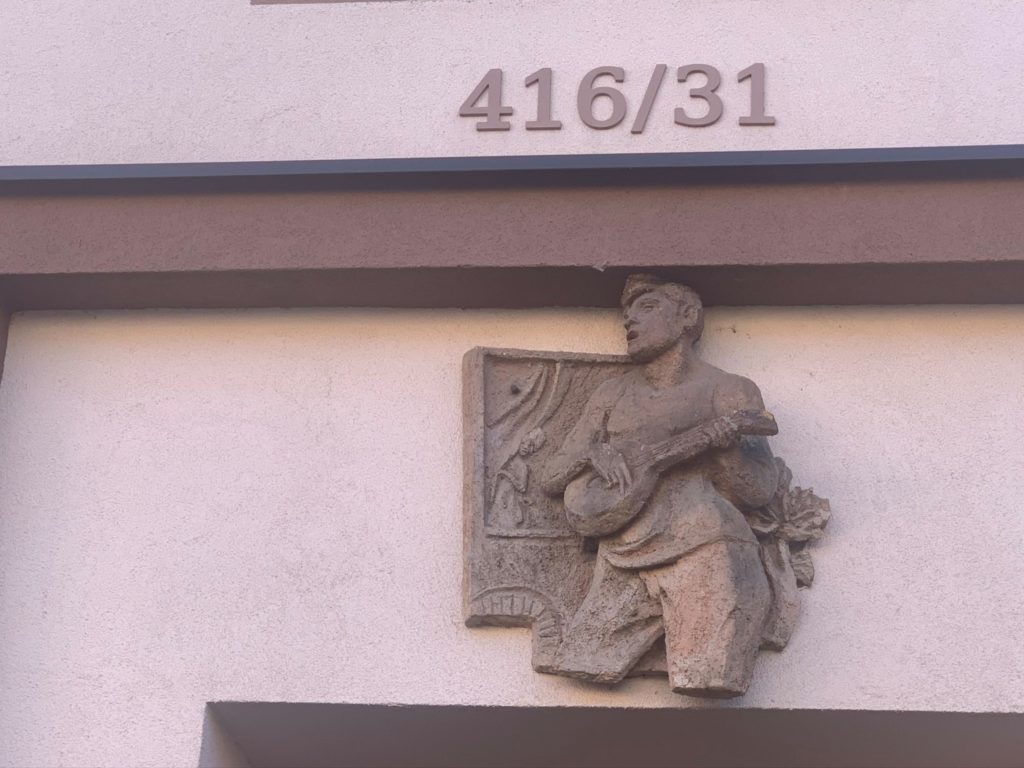 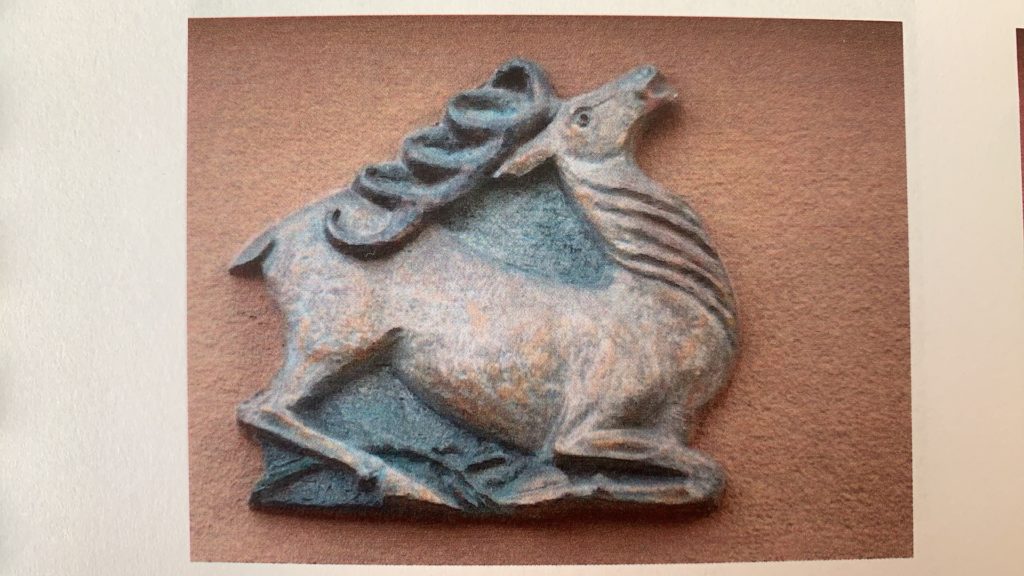 Written by Caroline
Caroline is a prize winner of the Slovakian EUSTORY History Competition, currently pursuing a degree in Medicine at the Comenius University in Bratislava. Some of her interests include fashion and reading historical novels, thrillers and crimes.
Tags: Monument, Remembrance, Slovakia, Transformation
Share This Post
You May Also Like
Traces of History: “Multiculturalism in Slovakia in the 20th century – the Bulgarian minority”
1. May 2013

Voting4Europe: This Time I’m Voting for a European Slovakia!
4. April 2019
Previous ArticleThe Story of a GravestoneNext ArticleDiscovering China: The Art of Finding Yourself