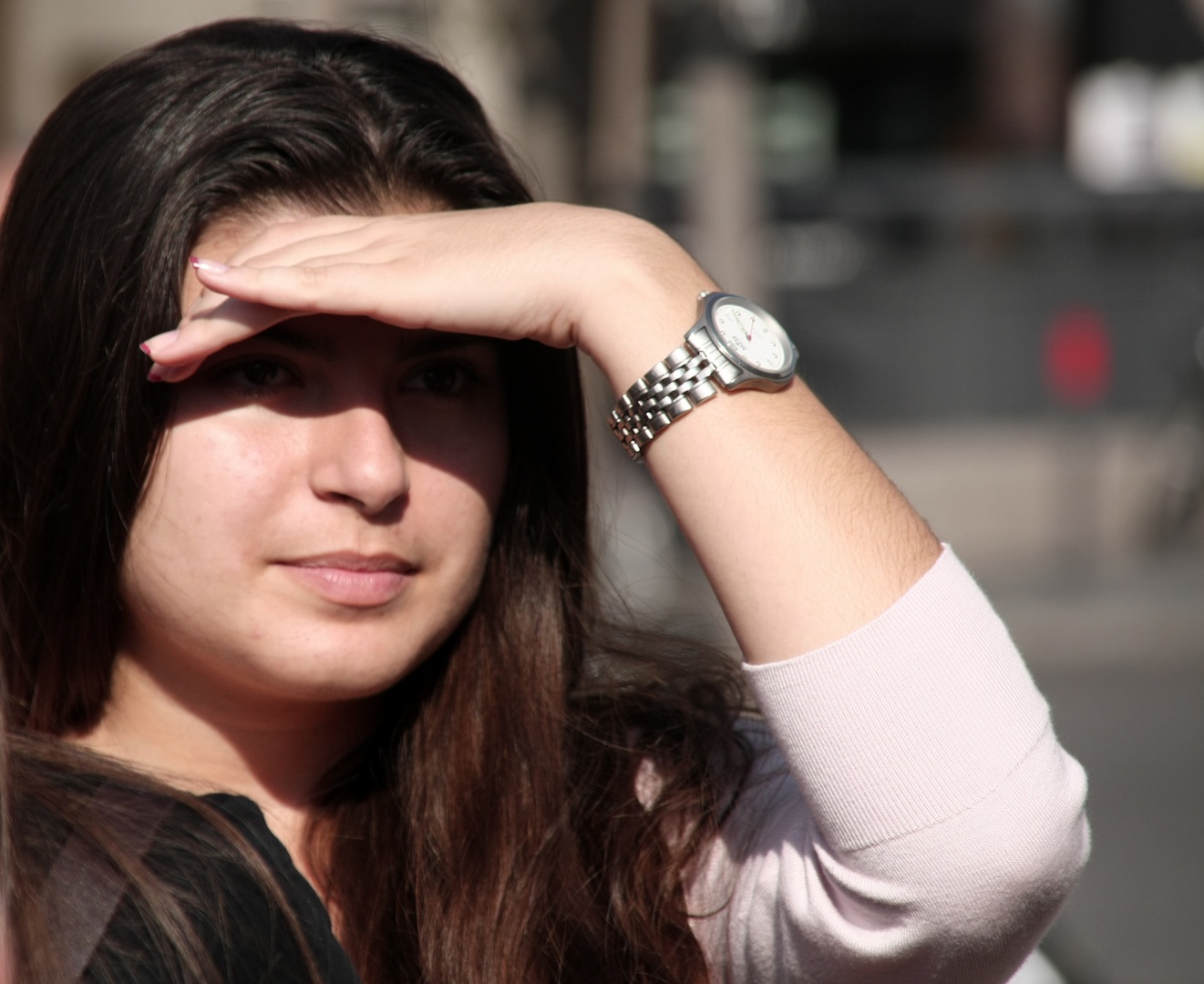 “Multiculturalism in Slovakia in the 20th century – the Bulgarian minority” (2012)

Kristina was born into a bicultural family – her mother is Slovak and her father is Bulgarian. Her mother and father met at the university in Sofia, Bulgaria, and after they got married they moved to Slovakia. Their daughter Kristina has the great opportunity to compare two cultures. She talks about Bulgarian migration to Slovakia, the importance of language, cultural clubs, and keeping traditions.

When I was just a little girl my mum and both grandmothers always made me weardifferent dresses and arranged special hairstyles for me. It was like a silent bet between them – who could make me look more like a doll? When their masterpiece was finished, my grandfathers and I were allowed to go out for a walk. Once I was with my grandpa (the Slovak one) when one man stopped us in front of supermarket and said: ´What a beautiful young Slovak girl!´ He didn’t know how mistaken he was. I don’t remember the situation but my mum laughs about it again and again.

This was the beginning of my competition entry. I was born into a bicultural family – my mother is Slovak, my father is Bulgarian. They met during their study at the university in Sofia, Bulgaria, and after the wedding they moved to Slovakia, to a town called Martin. I had a great opportunity to compare two cultures, not very different but not similar either. 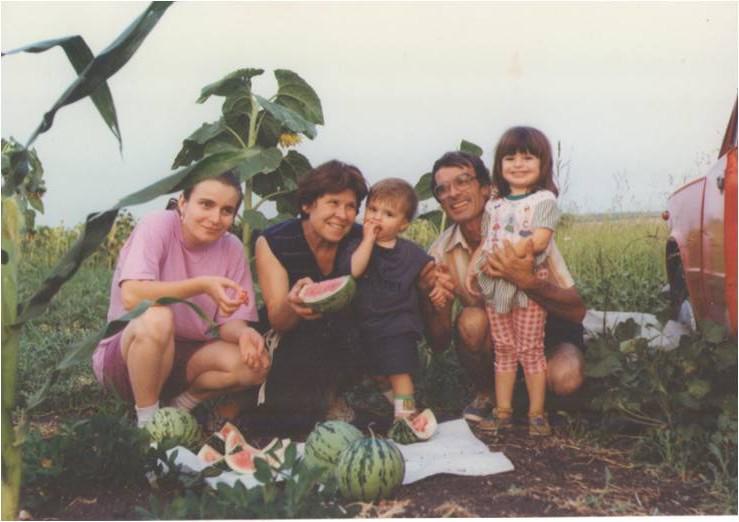 “Write about what you know. Sometimes the most ordinary facts are the most interesting,” said my teacher when I was complaining that I didn’t know where to start. And so I did. My competition entry was about people I know, people they knew and about my family.

The first big settlements of Bulgarians in Slovakia occurred after the end of the First World War. They came as gardeners to the south of the country because of good climatic conditions for commercial gardening. They lived in closed communities, 25 people usually in one garden, and they didn’t speak Slovak at all.

“I can work only 6 months a year and I have to earn as much as somebody working 12 months.” Maybe this was a motto of Bulgarian gardeners. They always came in the spring and went back to Bulgaria after the holiday “Dimitrov Den” (26 October). Their aim was to make as much money as they could and return home.

One of the main characteristics of the Bulgarian minority in Slovakia is its diffusion. We can divide the immigrants into three groups. The first group consisted of descendants of gardeners, so they live in parts of country with advantageous climatic conditions (mainly in the south). Bulgarians of the second group came here as students, they are concentrated in big cities. In the third (most diverse) group are Bulgarians who came because of marriage. The couples met usually during university or on a summer holiday in Bulgaria. “We met on a holiday in summer of 1987. After 4 days my husband Dušan and I promised each other we will marry. In December we announced it at home and in May we were married. It was a spontaneous decision. I loved him and I wanted to marry him.” Tea Zacharová (neé Georgieva)

In 1901, a club in Komárno was for set up for Bulgarian gardeners. Over the years, the number of members increased and the club changed in to a Cultural association of Bulgarians and their friends in Slovakia. Today, the club has many branches e.g. in Martin, Banská Bystrica or Nitra. My father became a head of the branch in Martin about 2 years ago and I see clearly how it works. We meet twice or three times a year to celebrate the biggest holidays. There is also a Bulgarian school in Bratislava – playschool, primary and secondary school. In the school year 2010/2011 it was the fourth most successful school in graduation tests in Slovakia.

It is very difficult to leave ones homeland and to live in a foreign country. I know my father: He misses Bulgaria a lot. It was not as easy to communicate with people in other states as it is today. Now you can use internet to phone, chat, read newspapers or watch Bulgarian TV programs. Some years ago it was very expensive, so you couldn’t be in touch with your family so often. He also misses the Bulgarian cuisine (but he has started to cook Bulgarian national meals), the sun and the high temperatures in the summer, and the Bulgarian humor.

My friend once said: “When I saw you for the first time I knew you are different in some way.” I remembered this sentence while writing this entry. In which ways is my family different from my classmates´ families? Frankly, I never felt different or even interesting. Well, we go once a year on “holiday” to Bulgaria, watch Bulgarian TV programs and eat loads of vegetables. When I say I am from a bicultural family, the typical reaction is: “That’s great! You go every year to the sea!” It is not so great. Some of them don’t realize that we visit our grandparents only once a year. In total, I only spent 16 months of my life with them. That means for them I am a 1 and half year old baby…

I feel a bit ashamed because of the Bulgarian language. I can understand, speak, write and read it, but it is my second mother tongue and I cannot speak it as well as I speak Slovak. It is a bit sad (but common and expected) that children from bicultural families feel that the country which they live in is closer to them. My father always regretted that he didn’t communicate with my brother and me in Bulgarian, but while collecting materials for my entry I talked with people who are “half-and-half” like me and they know almost nothing about Bulgaria or about the language.

We keep many traditions just because we like them. For example every March we wear “мартеници” (red and white coloured accessories which symbolize spring). It is quite funny to live in a bicultural family, but I see a lot of disadvantages. I was taught by my parents to be proud of my origin. Their relationship isn’t always ideal but I don’t think it is because of cultural differences. Of course there were some problems caused by traditions and my opinionated great-grandmother. Maybe the first thing I would like to thank my parents for is that I was kept away from prejudices more so than my friends. As a little girl I hated it when somebody insulted one of “my” countries. I defended them like a lion until I won the argument. I am grateful for this competition because it gave me an opportunity to learn more about Bulgaria, Bulgarians in Slovakia and even about my own family.

Slovakia is a small country and many people still judge everything different – in my opinion we can’t talk about multiculturalism here. We are really far from being a tolerant society. Even Microsoft Word marked the word multicultural wrong in the Slovak language.

It was September when my History teacher Mrs. Kubizňová entered the gym.She had some papers with her and she was smiling mysteriously. She asked her colleague to let me go out for a while and in the school corridor she told me about Eustory. This year was the topic of the competition “Multiculturalism in Slovakia in the 20th century” and because of my origin she thought it was suitable and interesting for me (she also offered it to my classmate Andrej whose father is from Syria). And the topic? It was obvious: I would write about something I knew very well – about the Bulgarian minority in my town and about my family. At first I was really excited, but then I realized what I had committed to: to write at least 25 pages. That’s quite a lot. And didn’t know where to start.

Mrs. Kubizňová recommended to go to the Slovak national library (for the first time I became a member of our biggest library!) and I came home with six different books. A few days later I had selected books I would use and had marked useful pages. The theoretical part wasn’t a problem. I only had to decide what I really wanted to write about. Then I had to think about questions I was going to ask people in the club. I changed them several times and actually in the end they were only to support me in the dialogues. That is what I liked the most about the Eustory competition. People enjoyed sharing their experiences and memories. They were very kind and willing.

There were no big obstacles during writing the entry. Sometimes I couldn’t find some information in my own notes, but nothing special. Once, while interviewing one woman in the club of Bulgarians living in Martin, we were talking about her childhood and her relationship with the Bulgarian culture and Bulgaria. The memories were too strong and she hadn’t talked about it for a long time. I said we can stop if she didn’t want to talk, but she said: “It is OK, my dear. You know, the youth isn’t interested in the previous life of their grandparents. My grandchildren never listen to me. And I think I have a lot of interesting things to say.”

I always thought the club meetings were organised to celebrate holidays. To me, it meant preparing Bulgarian national meals with чичо Драго and леля Теа, coloured eggs on Easter, singing songs to saint Nicolas before Christmas and playing chases around the tables with other children. While talking with the club members I saw what it meant to them. Some of them feel alone living abroad and during the meetings with their fellows they are closer to their home. And I even see my father changing into a nicer and more pleasant man.

Written by Eustory-Blog
Here you can find reports from EUSTORY History Camps and other activities by young Europeans.
Tags: Bulgaria, Minorities, Multiculturalism, Slovakia
Share This Post
You May Also Like 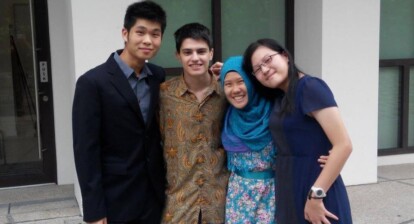 What can we Learn from Singapore? Lessons on Multiculturalism
8. March 2016 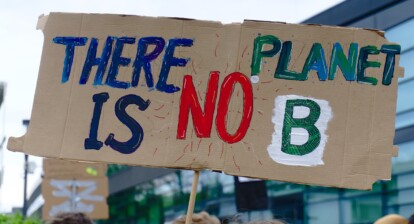