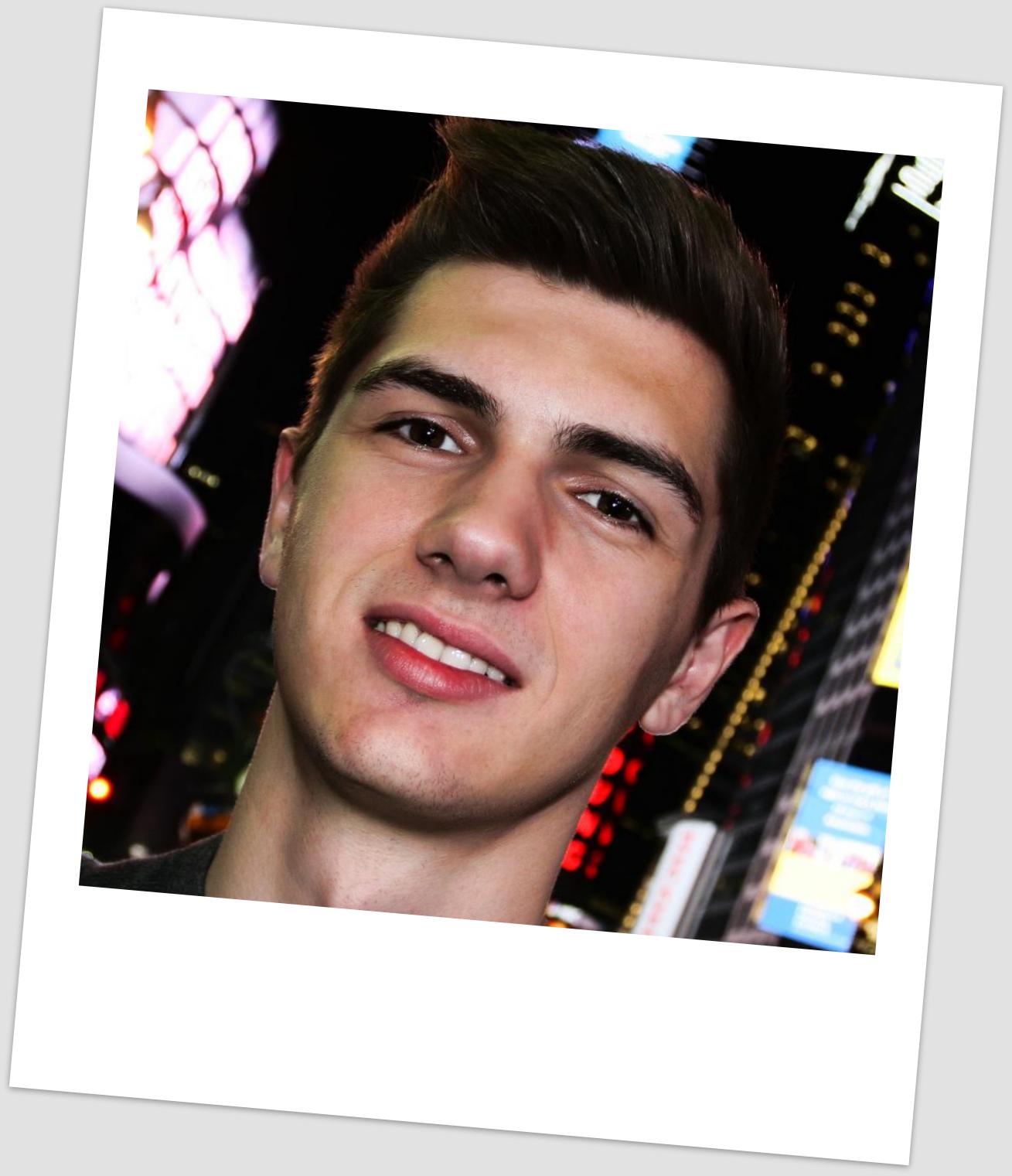 Orest says he chose studying law because he has always been interested in the legal and political underpinning of the society. A constant challenge is what he prefers and the sphere of law seems to be a task that he can spend all of his life learning about. He enjoys doing research and he likes the kind of thinking it involves. He also always wanted to be involved in a field which has the possibility to make a difference. “If you’re not heartless at the end of it, you can really make a positive difference” he proclaims. It is very interesting that he connects law with heartlessness. As if keeping your morals and mind pure doesn’t fit in with a Law degree. Orest is sure it may open him the doors to a diverse range of careers, including those within the public and private sectors and government. But unfortunately, it is true that it won’t always guarantee you are moral and ethical. “I would never want to be a prosecutor in Ukraine because that system is just so messed up.” He says the system is corrupted to the core, undemocratic and does not serve the constitutional role as it should. He claims that you can rarely win the case because the courts are also corrupted. “Sometimes, no matter how good your argument is it might just not go through.” he explains. He rather sees himself as an attorney in a private law firm. “In future I would like to do LLM or JD in Europe or USA and after finishing that I wish to start working as an associate in a reputed law firm or in government sector.” 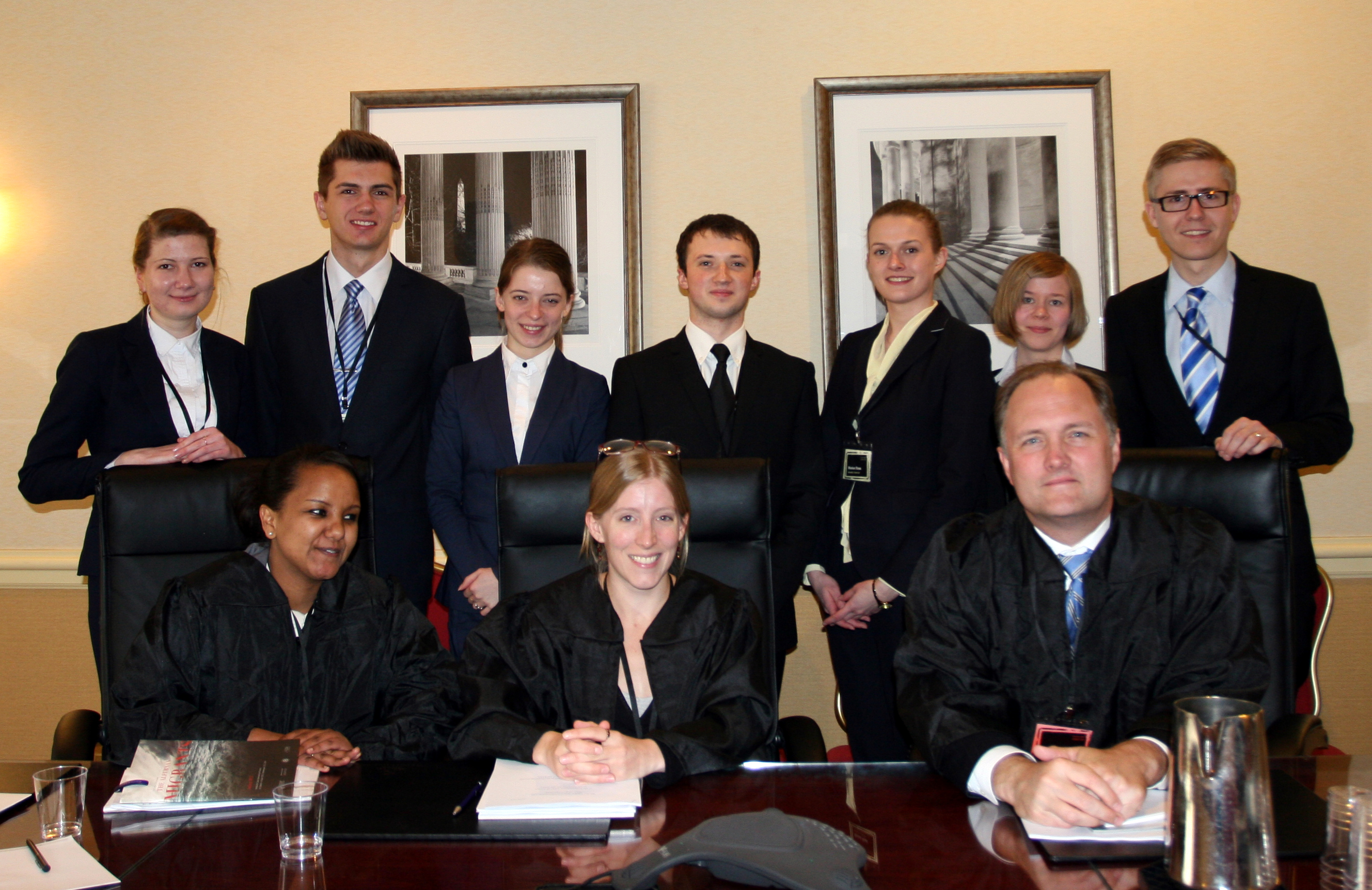 Orest just finished all of his final exams at the university, and for the last two weeks he has been studying a lot to ace the exams. His ability to learn quickly and to work under pressure and tight deadlines surely gives him a bright carrier path. Even though many of his classes are Ukrainian Law, they still have many International and European Law courses too. He perceives quite huge differences in Legal systems of different countries, even within the EU. He doesn’t mind the differences as long as there is rule of law, democracy, equality, freedom and inviolable and inalienable rights of the human person. “The problem with Ukraine is that we still have many Laws from the time of Soviet Union still in force,” he says. As an example he states an Administrative Code, which entered into force in 1984, which he considers to be really outdated. The legal system in Ukraine seems very government oriented and Orest is bold enough to share with us that the value of human person is not as important as it should be. He still feels Soviet legal consciousness in the government among politicians and legal scholars. “In fact,” he adds, “many Ukrainian Laws are just a translated copy of the Russian ones.”

The academics he comes around don’t usually read American or European publicists, only the Russian ones. He also noticed that you almost never see an American or European citation in research papers. Moreover, what irritates him most in Law schools in Ukraine is that professors do not want to change their way of thinking or broaden their perspective. He appears to be utmost annoyed by the Ministry of Education which is on one side imposing useless outdated courses which he doesn’t find progressive at all and on the other side he says, “it’s cutting all the Liberal Arts Education there’s left. LAE is one of the main reasons why I have chosen to study in Kyiv-Mohyla Academy,“ he continues, “but the Ministry just cuts anything that does not fall within its ideology, and the only possibility left for my school is to sue the Ministry.“ According to Orest they rarely win and apparently it has something to do with the fraudulent courts he already told us about.
Again, not being biased or corrupted in any important sphere of power is quite a challenge in some countries, the way of building and keeping your morals and ethics pure isn’t clarified anywhere. In addition, another thing that irritates Orest apart from his school is that all the others have surrendered to the temptation of corruption. He sees it as a huge problem of the society, many times no one even tries to proclaim that we don’t consent to corruption, even though we so need to hear and absorb it. He explains that even if you try to be a model for others or an example, you still have nowhere to complain, or to go if you have been a victim of corruption: “It’s like complaining about corruption to someone who itself takes bribes.” 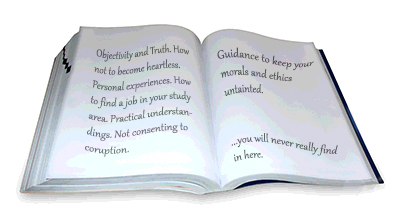 He believes the only way to change this is from the top of the pyramid – the top government officials. “If they would actually “fight” corruption” he claims demandingly, “then we would be able to solve the problem.” Orest assumes it would have to become a conscious and legitimate government that would promote anti-corruption policy. Otherwise he doesn’t see any solution. He admits that the society is so poisoned with corruption that people even think that it’s ok to “solve” problems this way.
In Orest’s university the new semester started a few days ago. “It will keep me busy for another couple of months.” he grins. At his university they have three semesters. „The summer one is a bit easier than the rest, so I’m planning to do some traveling within first weeks until it gets all busy. I also want to do much reading, both novels and professional literature since I have a bit more time.”
Orest always wanted to go to England, “I don’t know why, but that country just attracts me a lot.” he explains. He needs to save enough money and obtain an English visa, which could be a problem. He would have to work during the summer and then at the end of the summer he plans to actually go. He hasn’t really done any arrangements yet, but generally he taught himself to prepare well: “Before going anywhere I always make a plan of places to go, things to see. I plan to travel with my girlfriend and a couple of best buddies. If the English visa doesn’t work out I may try another country.”
He enjoys cultural diversity with different visions of history, attitudes and perspectives. It is one of the experiences Orest also gained thanks to EUSTORY “It’s really hard to present history objectively as it really was,” he says. “I live in Ukraine, and because of the political situation, every new government issues its own history books depending on the Eastern or Western orientation of the government. Some facts that took place in history are deliberately cut off; others are interpreted in an original way,“ he continues. What helped Orest to become more aware and broad-minded, is that when he actually went abroad, he read foreign books and talked to people from other countries. “When you do this you start thinking about what is the correct, most objective presentation of history timeline, and what is actually true,” he advises. Orest was born in the western part of Ukraine and raised in a Europe-oriented family. He felt that the environment he grew up cultivated a true European in him. However later he got engaged in various study trips and through communication with “actual Europeans” he discovered something different. “I experienced the European values of inviolable and inalienable rights of the human person, freedom, democracy, equality and the rule of law as are enshrined in the Treaty of Lisbon which I started to share and promote.”
According to Orest, EUSTORY helps to broaden one’s perspective on history, it cultivates a better understanding of many interconnections and it gives the opportunity to “hear” others, to listen to people who come from different backgrounds, religions and nationalities. He also points out that everyone has their own image of history which was affected by their family, religion or government’s ideology and EUSTORY gives the chance to see the other side of the coin and to look at history thoroughly. “I realized that there’s a whole life story behind each event that occurred in history, it became more personal to me. No school book will ever teach you what happened to a particular person, or how it has changed their lives.” The best “EUSTORY moment” for Orest was in September 2010 in Berlin at the round table where he discussed some conclusions and experiences with Mrs. Roza Thun, Polish MEP and former head of the EU Delegation to Poland. “I realized how important are the things we do in EUSTORY and that they are also appreciated by high-ranked people,“ he adds.

It seems like Orest has many breath-taking experiences in his pocket. Few weeks ago he has participated at the world’s largest and most prestigious law competition held in Washington D.C. called Philip C. Jessup International Law Moot Court Competition. He has focused on a case concerning the “Alfurnan migrants” and a sinking island scenario. The hypothetical case has involved, among other, also climate change-related migration, an island state that disappears, boat people, immigrant detention, and the proposed transfer of detainees to a third state. We all know how hard it is to obtain these practical experiences and abilities, and how rewarding it is to put theory to practice. 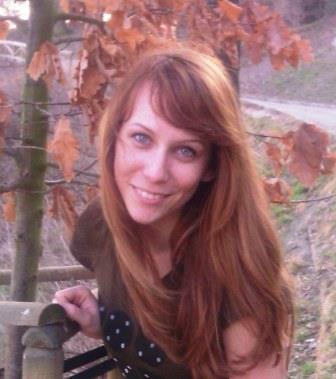 Interviewing: Jasmin from the Slovak Republic

Probably like many of us, Orest is also looking for a job during the summer. He actually passed an interview a couple of days ago and he was fortunately, successful. He will be working at the Visa Centre. He says it is generally hard to find a job for young people in Ukraine, as almost all employers are looking for at least 2 years of experience. Orest studies in a reputed law school and students from his faculty don’t usually have problems  finding a job. Nevertheless, he hasn’t been looking for a job in his study area so far as people usually start the internship in law firms at 3rd year of studies. “I’m a bit too young for a law firm yet,” he insists. Orest also has some advice for us. He notes that while preparing for the job interview, it’s important to remember that each one is different. “I always read about the firm before going to the interview. The interviewers usually ask the same types of questions, which you can easily find on the web. I think it is crucial to visualize the interview, think of possible questions and answers, strengths and weaknesses. This way I get more confident”
From my own experience during the Berlin Academy in 2010 I can tell you that Orest is the ideal co-worke:  He is not only hard working but also creative and very flexible. He enjoys many extracurricular activities like basketball and Ultimate Frisbee. He plays also saxophone and he is currently learning to play guitar. He told me he is looking forward to apply for some alumni seminars and get involved with EUSTORY again, so if you don’t know him yet, don’t be sad you may get a chance…

Written by Eustory-Blog
Here you can find reports from EUSTORY History Camps and other activities by young Europeans.
Tags: Corruption, Ukraine
Share This Post
You May Also Like 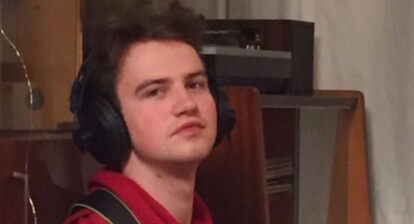 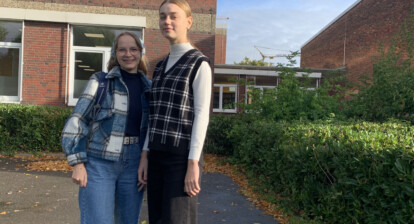 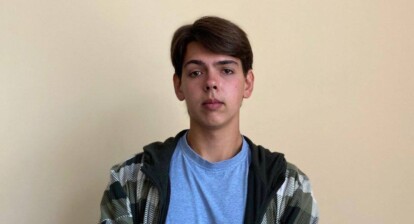 A New Meaning to an Old Book
4. December 2020
Previous ArticleTraces of History: “Multiculturalism in Slovakia in the 20th century – the Bulgarian minority”Next ArticleEUSTORY seminars 2013: Special locations