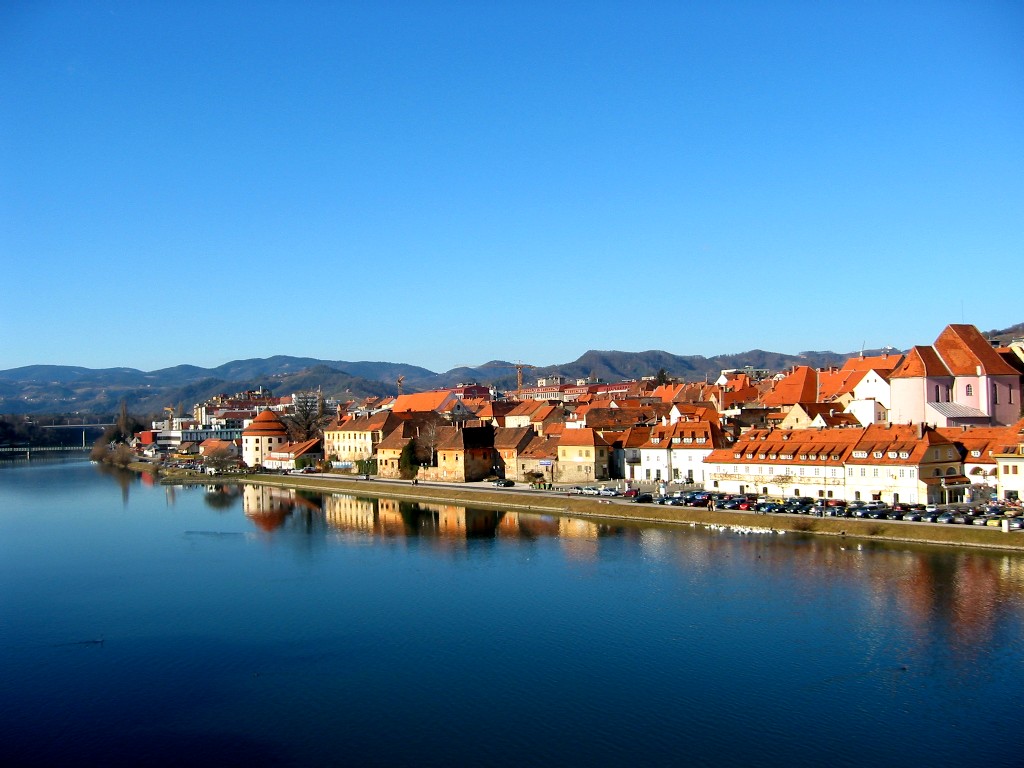 Pokémon GO is so yesterday, be the trend-setter and try out our History To Go! You do not necessarily need a smartphone or the Pokémon GO app to see your street in a different light.

If you are bored from walking those very same streets each day, and if the buildings, parks and bridges you cross all blend in into the usual and very or even too well known environment, you should consider the past of your surroundings. Thus, you might discover a whole new, not virtually but rather historically enriched, reality of your everyday paths.

Ever since I was a very little girl I have always been fascinated with objects, buildings and streets of an old age and/or foreign origin. The fascination remanins untill this day and seems to continue. When I am not rushing through the city and the streets and buildings do not serve merely as orientation points, my thoughts often get carried away by the vivid imagination, guided by the questions who lived in that villa, who walked these stones on the streets decades or centuries ago, who held the ancient door-knob and whose hand slided down the fence of the hundred-years old staircase… I believe that thinking abour our surroundings a bit deeper always pays off. Namely, all our surroundings, enriched by their own history, and the stories of people with whom we historically share the use of the same street, bridge or a building thus get a new meaning. Perhaps they even acquire a new appeal or merely lead your imagination and thoughts, making you reflect upon the question whether the human kind really learns from history, too.

In this opening post of the new History To Go category I am sharing with you two such points of historical fascination you will stumble upon if you for some reason decide to walk the streets of Maribor in Slovenia. 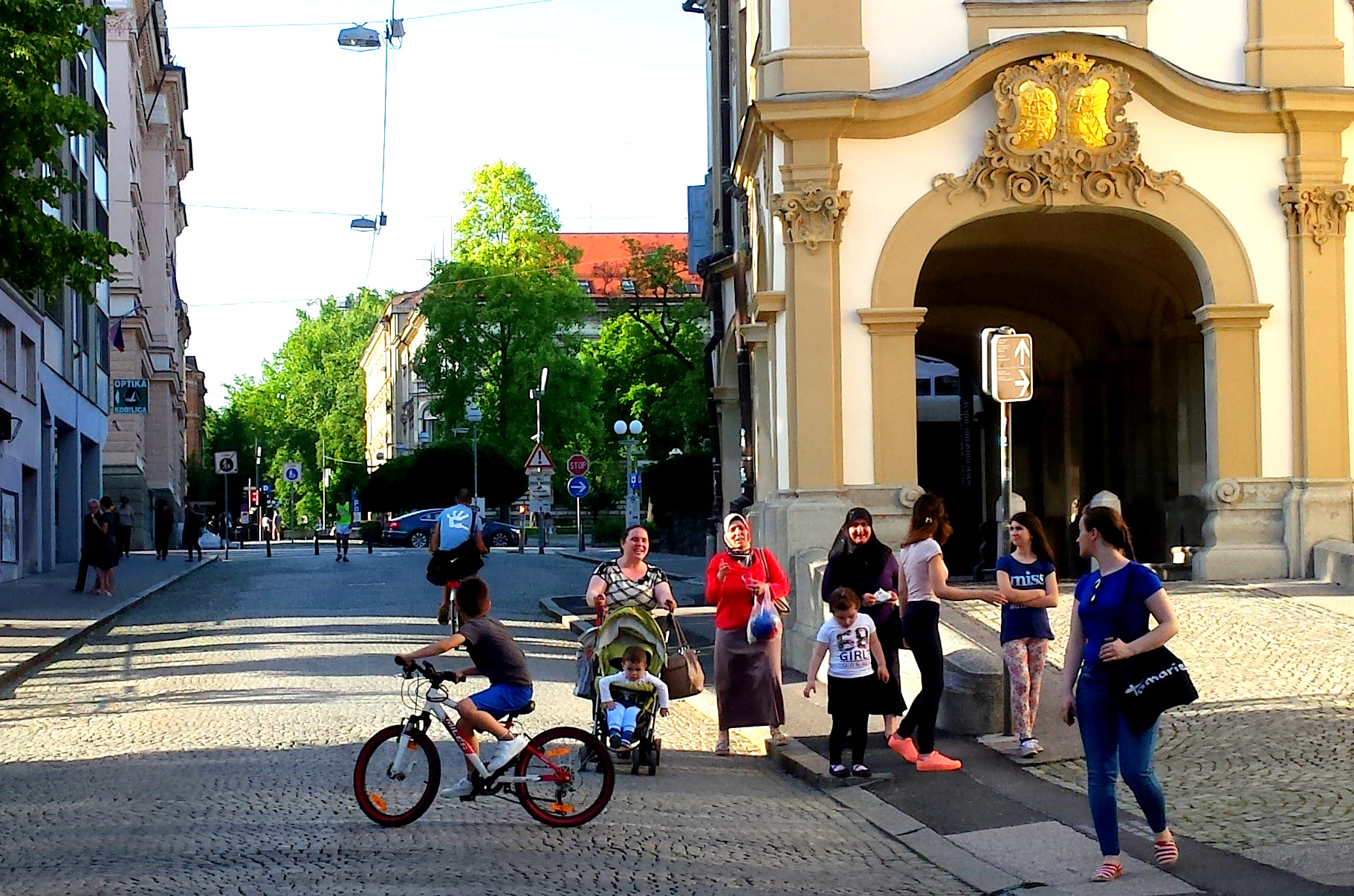 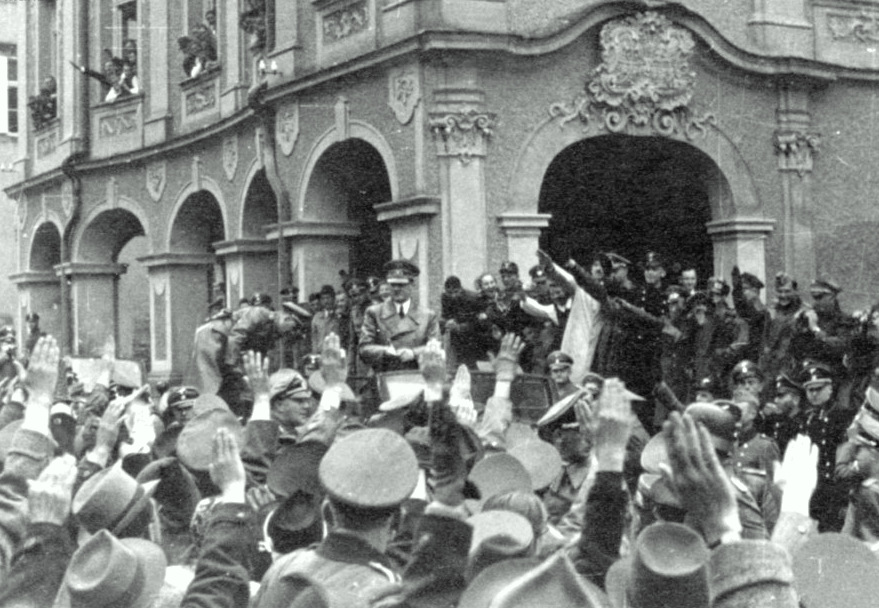 First photo shows the street running alongside the Maribor city-castle, leading to my former high-school. This is one of my favourite streets in my hometown and consequently also a must-go and see-thing in Maribor for the friends who visit me from abroad. However, this time it was a good friend of mine, a former high-school class-mate, with whom I walked that street and reminisced about our and its past.

Nowadays, the street – surrounded by an old cinema and an old and locally legendary café on one side and the city castle on the other, a small, cafés full square bellow it and a square with a fountain and an impressive high-school building above it – has a certain light and pleasant spirit. However, this pleasant street that we walk today and that me and my class-mates walked hundred-times before on our way from school to our favourite café and tea-shop or to the old confectionery, also has a bit darker, heavy-spirited past. Namely, that very street was several decades ago, on 26th of April 1941, crossed by Adolf Hitler. Hitler visited Maribor (back then known as Marburg a. d. Drau) and the newly acquired territory of Lower Styria. He welcomed the German sympatizers and Germans living in Maribor on that street, in front of the city-castle, and thanked them for their contribution in the process of aquizition. A large crowd of »fans« and merely curious citizens gathered on that and other streerts in the city center in order to see and even greet him.

From the street to the bridge

On the wall of that old and beloved confectionery, we as pupils regularly visited and where you can order the scoop of the best hazelnut ice-cream, hangs a black-and-white, covered with a bit of yellowish patina, photo of a destroyed bridge, crossing the river Drava. The bridge was blown apart by the retreating Yugoslav army in 1941. In addition to the Maribor city-castle Hitler decided to visit the destroyed bridge too. He walked to the middle of the bridge, all the way to the point where part of the bridge collapsed into the river, where he inspected the ruins and allegedly orderd a quick and immediate reparation. Hitler’s command was of course exacuted, but up until the end of the occupation of the city and the eventual end of the second world war the townspeople feared that the bridge, over-loaded with explosive, would be blown up once more – this time by the retreating German army. However, the eventual fate of the bridge was peaceful, and so we continue to cross the river Drava using the old and beautiful red metal bridge. 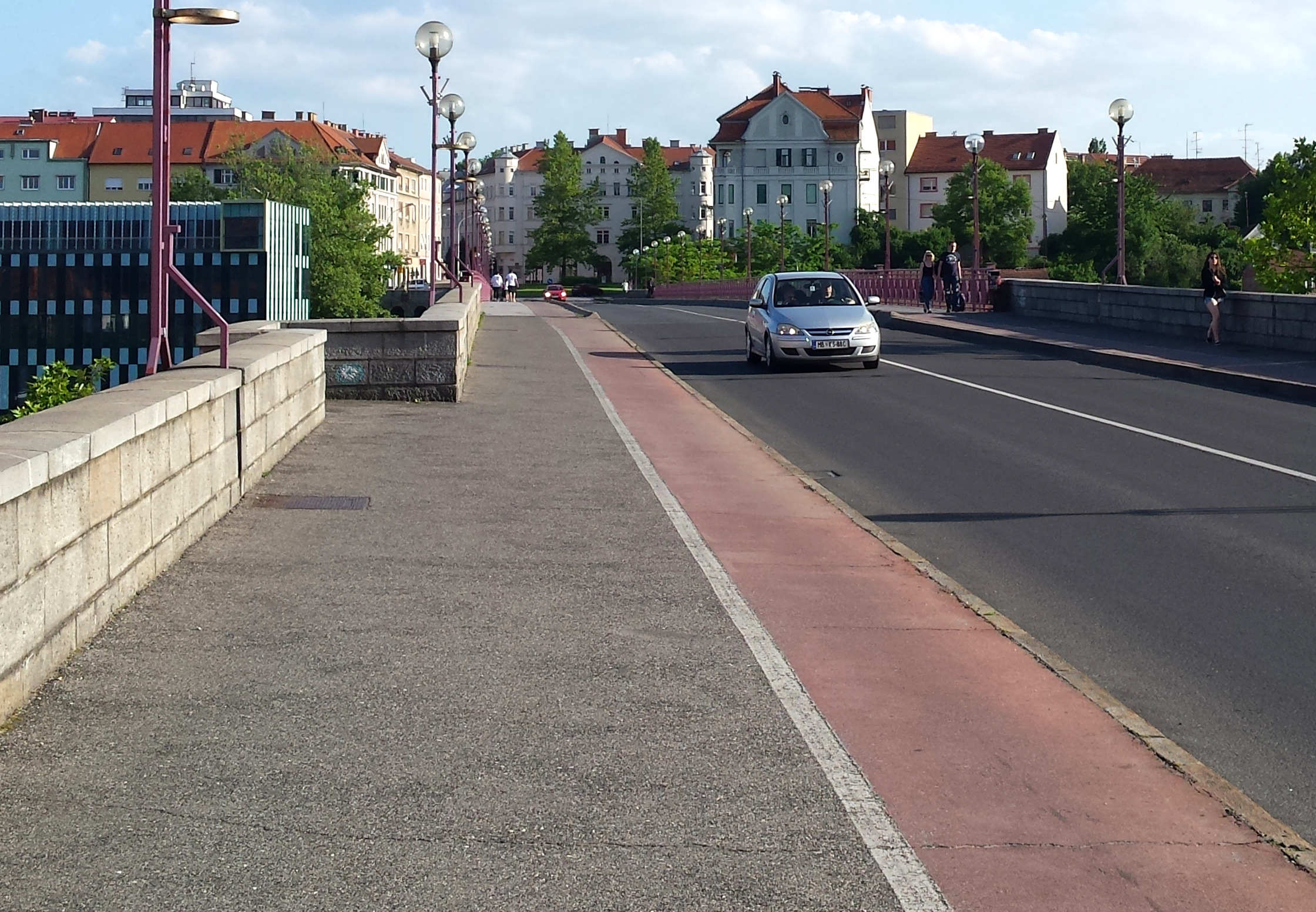 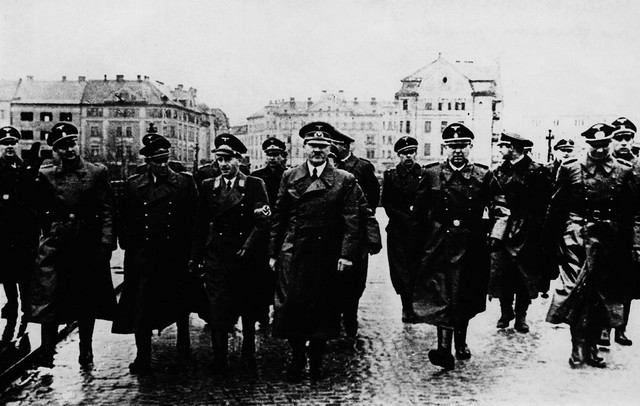 Written by Tamara
Tamara (1990) comes from Slovenia, where she finished her bachelor in International relations and is currently doing her master in Management. To balance the more theoretical part she fills her free time with drawing, creating with wood and travelling.
Tags: Drava, Maribor, Occupation, Slovenia, Styria, WWII
Share This Post
You May Also Like 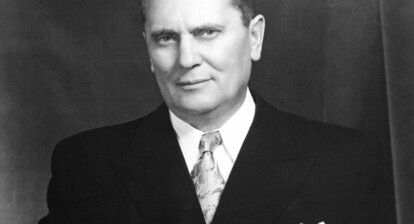 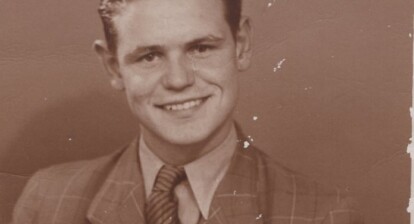 From Homeland to Home
8. May 2016
Previous ArticleWhen Politics Come Alive – Going to bed with Trump and ClintonNext ArticleWhere Were You When…9/11 happened?
1 Comment