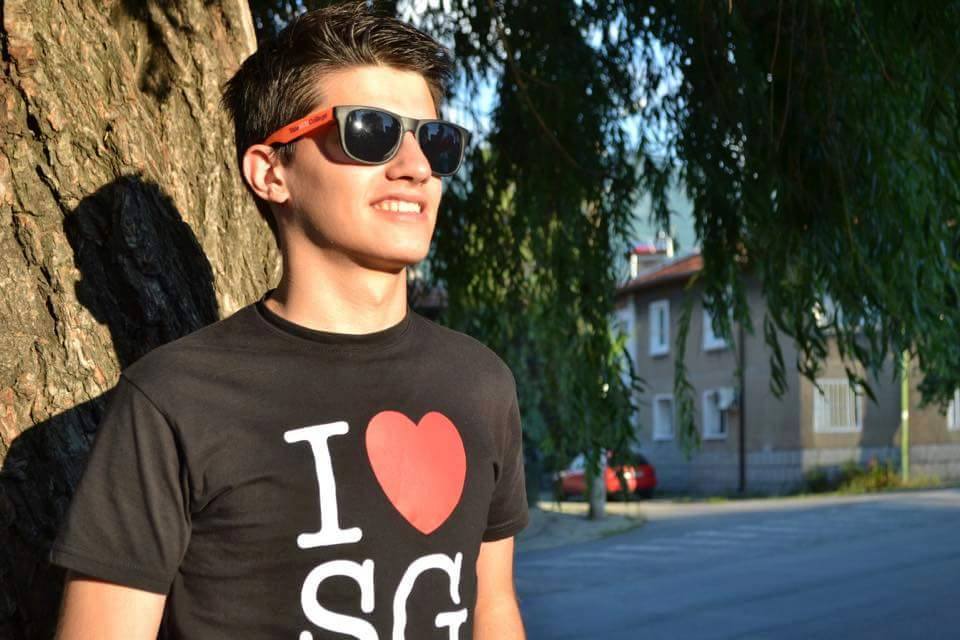 Martin, who fell involve with Singapore. 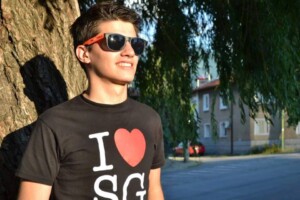 Martin comes from Bulgaria, but for more than nine months he has been studying and living in Singapore. Read how living outside Europe can result in a completely new and culturally diverse experience as well as in a new comprehension of the meaning of national and European identity, which Martin himself only fully embraced after being more than 9.000 km away from his European home.

“I wouldn’t say that you’re white. What are you actually? A European?” The honest question of one of my classmates at Yale-NUS College in Singapore strikes me at first. Until this moment, I have not ever even questioned my racial or ethnic identity. All Bulgarians are Europeans, and all Europeans are white. Ergo, all Bulgarians are white, and so am I! 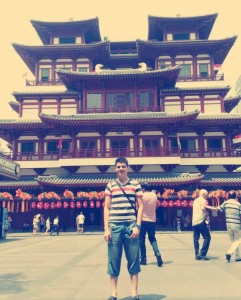 Martin, a Bulgarian (and of course European) in Asia (Source: private).

However, his question provokes so many thoughts in my head. I have been studying in Singapore for more than nine months. Long conversations about your country, nationality and traditions are just a compulsory part of every introduction. What I find particularly interesting is how the perspective of outsiders and their genuine curiosity can change your own understanding of these notions.

Actually, it turns out that the idea of ‘white people’, and race classification, is a rather new concept. Having its roots in the justifications of colonialism, the whole racial taxonomy is nothing but a mere social construct. Yes, visible physical differences among the people like stature, skin colour or form of the eyes are an inherent feature in the world, but focusing on these differences and using them to proclaim the superiority of some human beings over the others is a product of deliberate human actions. Not surprising! It is not just about races or ethnicities. Take nationality, for example – a concept, which is not even supported by any visible physical characteristics?

What is the right principle to determine it – laws, self-determination, passport, taxes or government? The implications of the realisation that notions like race, ethnicity, even nationality and citizenship are something vague, relative and not easily defined hit me when I thought of Europe’s history. Most of the wars in recent times have been either caused or galvanized by strong feelings of nationalism or animosity towards the “other ethnicities.” No matter whether it is French and Germans, Greeks and Turks, or Polish and Russians, national identity has always been a strong tool to incite the masses. It helped the numerous Balkan countries to gain their independence from the Ottoman Empire in the nineteenth century. It caused confrontations and bloody conflicts in the Balkan Wars, the Second World War and the War in Yugoslavia. Every time it still sparks diplomatic scandals between Greece and the Former Yugoslav Republic of Macedonia (FYROM). All these conflicts because of vague and relative concepts like ethnicity, race or nationality?

But then, we have the European Union (EU) now. “United in diversity”, it proudly greets (almost) all Europeans. In the big family, the lines between the countries are becoming more and more blurred. There is no space for confrontations based on nationality or ethnicity. Multiculturalism and tolerant co-existence are the new normal. The common values of the EU like “human dignity, liberty, democracy, equality, the rule of law and respect for human rights” (the Treaty on European Union) are taking precedence over national identity and differences. In big and small cities all over Europe, we see people from different ethnicities living and working peacefully together, sharing the same aspirations and goals for the future of the continent. Conflicts do occur, but in most cases they are instigated by political parties with mercenary motives. And while experts claim that populism and xenophobia are on the rise in Europe, I do believe that they will not be able to turn the EU citizens aside from the path chosen some 60 years ago – to be “united in diversity.”

Surprisingly, I think I make sense of these two paradoxes on a personal level. Being 9.000 km from home, I do understand the appeal of national identity. In fact, my nationality has never had a bigger impact on me than it has now. As the only Bulgarian in my college, I have become a real ambassador of my country here – so much that even my closest friends sometimes call me “the Bulgarian.” People are interested in the language, traditions, habits, history and food. It is not just them though. I draw examples from my country in discussions and essays; I celebrate my national holidays here like I have never done back home. I follow all the traditions and customs; I constantly read news about the situation back home. I get excited at the news about the next meeting of the Bulgarians in Singapore, about the Bulgarian movie in the European Film Festival here. I am more sensitive to cultural differences and prouder of the uniqueness of my nationality. What is more, back in Europe sometimes I felt uncomfortable with my origins, aware of all the stereotypes surrounding Eastern Europe, the Balkans and Bulgaria, in particular. People here do not automatically assume that since I come from Bulgaria, I am a second-class citizen coming to “steal their jobs.” Now, on the contrary, I embrace my national identity. Free from all the stereotypes and aware of my uniqueness, I realize that the small portion of Bulgarianness which I have inside me is an integral and inseparable part of my own self. What is more, it gives me a sense of belonging. 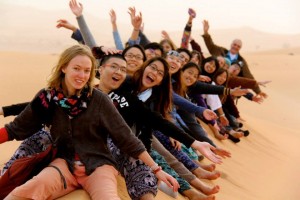 At the same time, I am growing fonder of my European identity too. Being aware of all the relativity around the concepts of nationality and race, I use the differences around me as an opportunity to learn and progress, not to classify or stigmatize. I take advantage of my origins to enrich my experiences with the “others” – sharing, conversing, or debating. Instead of pointing out differences, I focus on the common European goals, on the historical and cultural heritage of the continent. For example, I am in the executive committee of the European Society in my college. We organize European movie screenings, food festivals, special celebrations and traditional dance classes. We had a speaker from the European Centre to give a lecture on European Economics and Industrial Policy. Last month I participated in the Model European Union, where we discussed possible solutions to the crisis in Ukraine. I enjoy explaining the history of Europe, discussing its politics or just talking about the different cultures.

Now I do not see Europe as an eclectic combination of different nations, but as one coherent community, brought together by its common values and aspirations. My Europe is not made of French, Germans or Bulgarians, but of responsible citizens who realize the importance of cooperation and integration. Europe not of Putin, Merkel or Hollande, but of Aristotle’s passion for knowledge, Da Vinci’s striving for progress and Stuart Mill’s ideals for free speech. Europe of the common values, and not the prejudices and demarcations. Europe of the compromise and free spirit, and not the conflict and censorship. For me, Europe is not just a piece of land. It is truly a home, which I love.

“A Bulgarian. And definitely a European.” , I smile at my friend.

Martin Vasev
is originally from Bulgaria. He is currently in his second year as a student of Yale-NUS College in Singapore. He plans to pursue a major in Philosophy, Politics and Economics, which he thinks is the field that best combines his interests. Without a doubt, his passion is learning new languages, so while working on his Chinese, he is secretly planning to take up Arabic or Hindi one day.

Written by Martin
Martin is originally from Bulgaria. He is currently in his second year as a student of Yale-NUS College in Singapore. He plans to pursue a major in Philosophy, Politics and Economics, which he thinks is the field that best combines his interests. Without a doubt, his passion is learning new languages, so while working on his Chinese, he is secretly planning to take up Arabic or Hindi one day.
Tags: Europe, Identity, Nationality, Singapore
Share This Post
You May Also Like
Europe, do you feel free?
14. February 2013

Between Jewish Traditions and Liberal Democracy: The Israeli Dilemma
12. June 2019
Previous ArticleWhy We Should Actually Return to 1989Next ArticleWe Need to Talk About Srebrenica