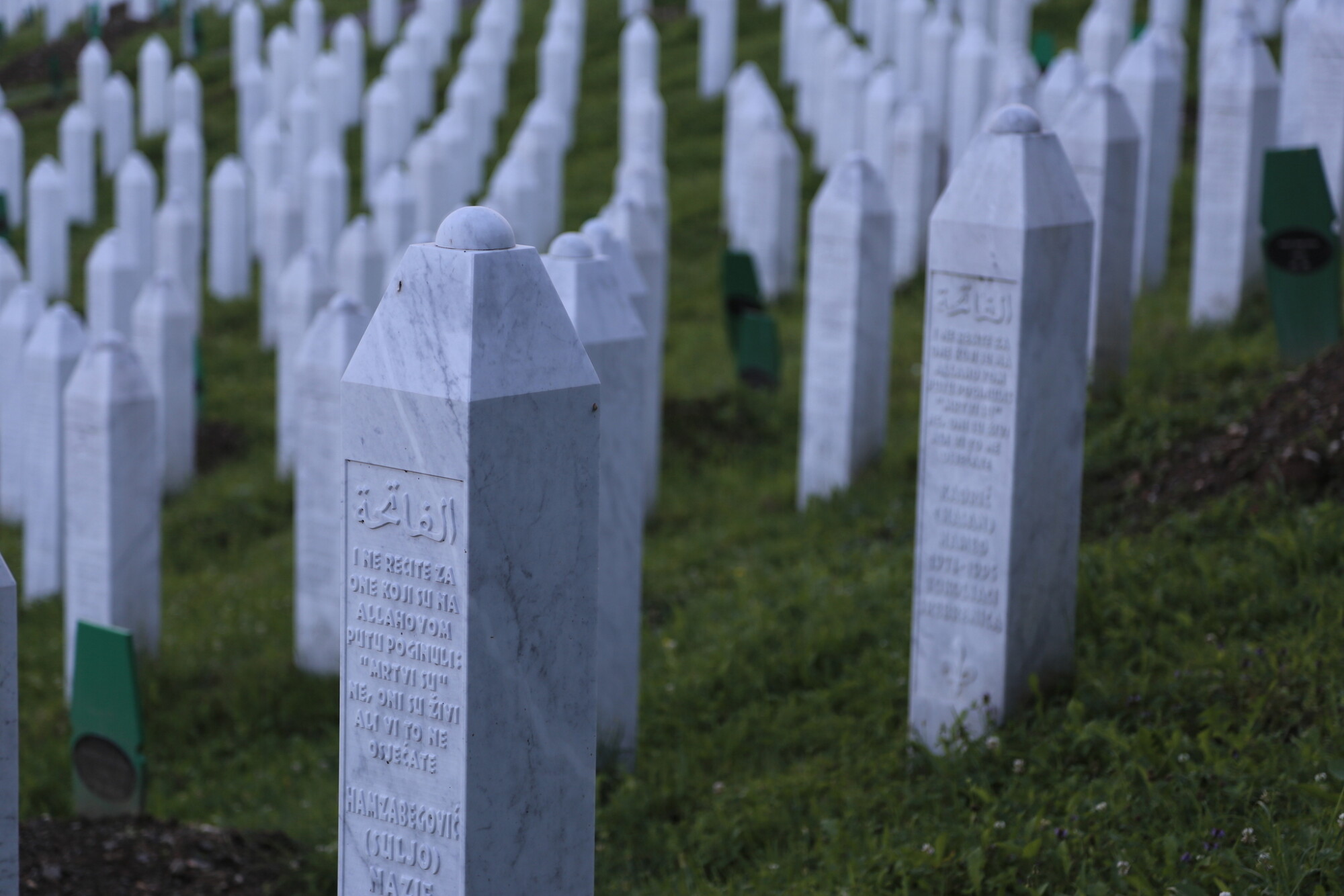 The Srebrenica-Potočari Memorial and Cemetery for the victims of the 1995 genocide (Photo: Benjamin Hennig).

Written by Adnan
Adnan (1982) was born in Mostar, but lives in Sarajevo. He works as the International Relations Officer at the University of Sarajevo, in administration and project management for Tempus and Erasmus+ programs. He gained his Master degree in the UK, majoring in Management and European Integration. In his free time he likes travelling, reading, cooking, biking, writing articles.

We need to talk about Srebrenica. We need to talk about it more often and more loudly, as it seems that people are slow learners. Crimes committed against civilians in numerous states during various conflicts show that humankind continuously fails to learn from history and past mistakes. We need to be reminded of Srebrenica and its tragic lessons and a hope remains that we will slowly know better.

This article is part of a series on the commemoration of Srebrenica.

There are – at least – two different stories, there are opposing accusations and justifications of past events, and a different explanation of the national history is given to next generations, according to their ethnical belonging. We need to talk about both of them.

Bosnia and Herzegovina is certainly one country, but its unity is constantly challenged by its political and social  divisions. Yesterday’s confronting sides are living in the same cities, but as different nations and ethnical groups, coping with the loss from war, trying to continue their life, and in search of prosperity. The events from the past still follow them, and it is hard to let it go. Many people lost their loved ones in the most brutal ways. It would be wrong not to say that all sides did – one with a greater number of losses than the other.

When we talk about Srebrenica, we talk about a human tragedy of enormous proportions. In a carefully planned manner, more than 8000 Bosnian Muslims were killed and later buried in unmarked mass graves. Thousands of people lost their beloved ones, and many of them have been spending the last 20 years searching for their remains (for more information about Srebrenica see the website of the United Nations International Criminal Tribunal for the former Yugoslavia).

As someone, who tries not to judge a nation over the acts of individuals, it is hard to be objective in this case, when you heard of so many personal tragedies. The youngest victim was only several months old. A mother lost six sons in one day. Many children were born as a result of rape.

Srebrenica and Bosnia and Herzegovina today

Having the formerly confronting sides living in one country, the Victim and the Enemy, it is hard to have a mutual agreement. Even 20 years later some provocations are present – whether it was through high political parties trying to control the rest of the nation with creating constant fear, insinuating that the other ethnical groups are preparing attacks, or just individuals, who are easily influenced to publically say that the genocide was “just the first phase”, and who will demolish sacred monuments for their own reasons. 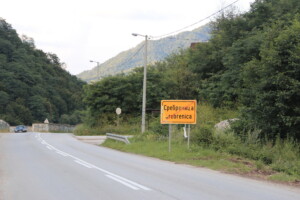 Many of them were not even born during the Aggression on Bosnia and Herzegovina, so this clearly represents the presence of negative thinking and hatred sadly spreading among young generations. It puts a bad image on the people, who are aware and ashamed of the crimes committed during the 1990s war. These are people who are trying to correct the image and work hard on remembrance and trust to be re-established.

It is interesting that today many countries in the region and world debate about Srebrenica resolution, very loudly agreeing or disagreeing with the Resolution’s text. Regardless of what they think and say today, the fact remains that nobody in power did anything in order to prevent the massacre of civilians in 1995. They all stood quietly and with its passive bystander’s role approved its happening. The geographical distance from the Balkans helped the European Community not to get involved directly. Still, people of Bosnia and Herzegovina do not feel resentment toward countries in Europe. Europe did open its door for the refugees from Bosnia and Herzegovina during the war, and people will always be grateful for that, but this was just Europe dealing with consequences, while beforehand failing to prevent the cause.

Why is it important to speak about Srebrenica’s genocide? 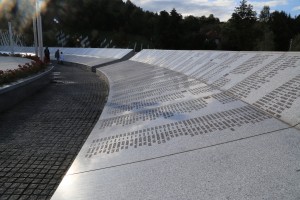 A sad reminder of recent European history: Names and graves of more than 8000 victims of the 1995 genocide (Photo: Benjamin Hennig).

We need to talk about Srebrenica. Loudly! Kofi Annan, the UN Secretary General at the time, admitted in his reports that it was a UN’s shameful mistake not to prevent the genocide and that the UN did indeed fail at that time. He described the mass murder as the worst crime on the European soil since the Second World War.

We need to talk about Srebrenica. Constant discussions and remembrance is the way to see its actions and make sure that tragedies from the past do not repeat, not in Bosnia and Herzegovina, not in any other land.

People are still loudly emphasizing the importance of not repeating the mistakes. But in their comfy chairs and in the safety of their home and work environment they are unable to hear the screams from war-torn zones, to hear despair of refugees, cry of raped women, and people’s pleads for help.

People share the same history. The mosques, churches, monuments, all of it might be different and represent different beliefs, customs, way of life, but all of this is still part of one common, people’s history. Destroying it won’t change the fact of its existence in the past.

Killing members of one nation over another will not erase the fact that they were very much alive and present on these areas. Instead of erasing it in the worst possible way, we should embrace it, learn from it, and use it for a better life. After all, when in need, you do not ask for help of a certain ethnic, religious or national group, you ask for help of another human being. And it seems that today harder than being radically ethnical, religious or nationalist – is being just another human.

Resolution or yet Another Disappointment? 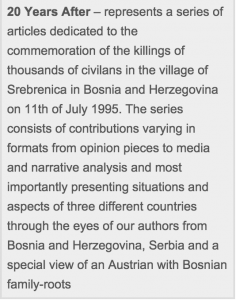 As the marking of 20th Anniversary of the Srebrenica Genocide is approaching  on 11 July 2015, the current discussion in Bosnia and Herzegovina as well as in the rest of Europe is the question whether the events in Srebrenica can officially be called genocide or not. Adoption of the Srebrenica Resolution in the European Union Member states is causing heated debates. Some countries still refuse to perceive it as genocide, probably because of their similar historical burden; while some are advocating the false calculations about the victims and putting blame on only one nation, when the crimes affected each of the three nations and each side had its victims.

The story about resolution and whether it should be adopted opened a heated discussion in Europe and of course in Bosnia and Herzegovina. The result of it: it was not adopted, it just opened the old wounds. Why did they bring up the Resolution preposition anyway? Was it for the personal gains and political points? Was it to show that Europe cares? Or to correct the mistake of not doing enough in 1995? However, the problem is that they did the mistake again. Europe raised the storm of emotions and verbal conflicts and left Bosnia and Herzegovina again to face its sad history, the radical present and the uncertain future.

And what about the mothers of Srebrenica? They were silent all the time from the Resolution being brought up, discussed and up to its abandonment. Maybe they knew that it will be abandoned and they did not want to seek and hold for a last straw of justice. Maybe they knew that even with the Resolution being adopted, it would not change anything. Maybe they were silent because they do not have strength to talk or fight anymore. With or without the resolution, their sons, husbands, brothers are still gone and no Resolution can bring them back nor justify the brutal way they died. Again, Europe leaders played with people’s feelings and left it as a child leaves a toy to focus on something else – a new toy.

However, no matter how individuals react or what they say, one thing is certain: People were killed in a matter of only few days in order to erase a nation from that part of the Balkans. The massacre of such proportions could only happen in a planned and arranged way, and all of the above mentioned is indisputable evidence that the Srebrenica tragedy was indeed a genocide.

Written by Adnan
Adnan (1982) was born in Mostar, but lives in Sarajevo. He works as the International Relations Officer at the University of Sarajevo, in administration and project management for Tempus and Erasmus+ programs. He gained his Master degree in the UK, majoring in Management and European Integration. In his free time he likes travelling, reading, cooking, biking, writing articles.
Tags: Commemoration, Genocide, Srebrenica, UN
Share This Post
You May Also Like 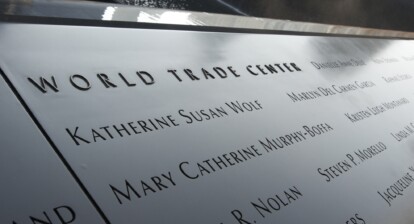 1989 – (R)Evolution, Its Parents and Its Children
11. November 2015
Previous ArticleOf People and IdentitiesNext ArticleEurope and democracy
3 Comments