“Let’s imagine the German Emperor William the Second had been smart. If this had been the case at the beginning of the 20th century, Europe today would look very different.” This view was described to us by a group of our participants in their final presentation tonight (which at this hour is actually already last night). Malte, Tomek, Martina, Anastasija and Simon spent the six hours allocated for the final project on analyzing the past and coming up with alternate history, namely how things would have played out if WWI never took place. In the group’s alternative history there was, however, a war in Europe at the beginning of the 20th century, but it was much shorter and less countries were involved in it than in the WWI we know today:

“After a diplomatic incident in Africa, whereby a high-ranked French officer was killed by a German soldier, France declared war on Germany and attacked in 1917. As Russia was an ally of France, Germany had to fight on two fronts, but in 1918, soon after Lenin took the power, Russia left the war and it wasn’t longer a question if Germany would win the war, but when. Now, the only participants in the war were at one side Germany, the UK, Bulgaria and the Austro-Hungarian Empire and at the other side France and the Balkan countries. In 1919 the war comes to an end and one year later Germany installs a government in France, which supports the winning monarchies. The Balkan countries become satellite states of Germany and most of them become independent. In the aftermath, there were some socialist uprisings in central Europe, especially in France, but they were all oppressed by the strong monarchies.”

Without WWI the world would not have seen the birth of several art movements. In addition the lack of a cold war would mean that there would be a lack of a strong incentive to make rapid technological advances within telecommunications, which in turn would mean… no wifi. Lord have mercy. 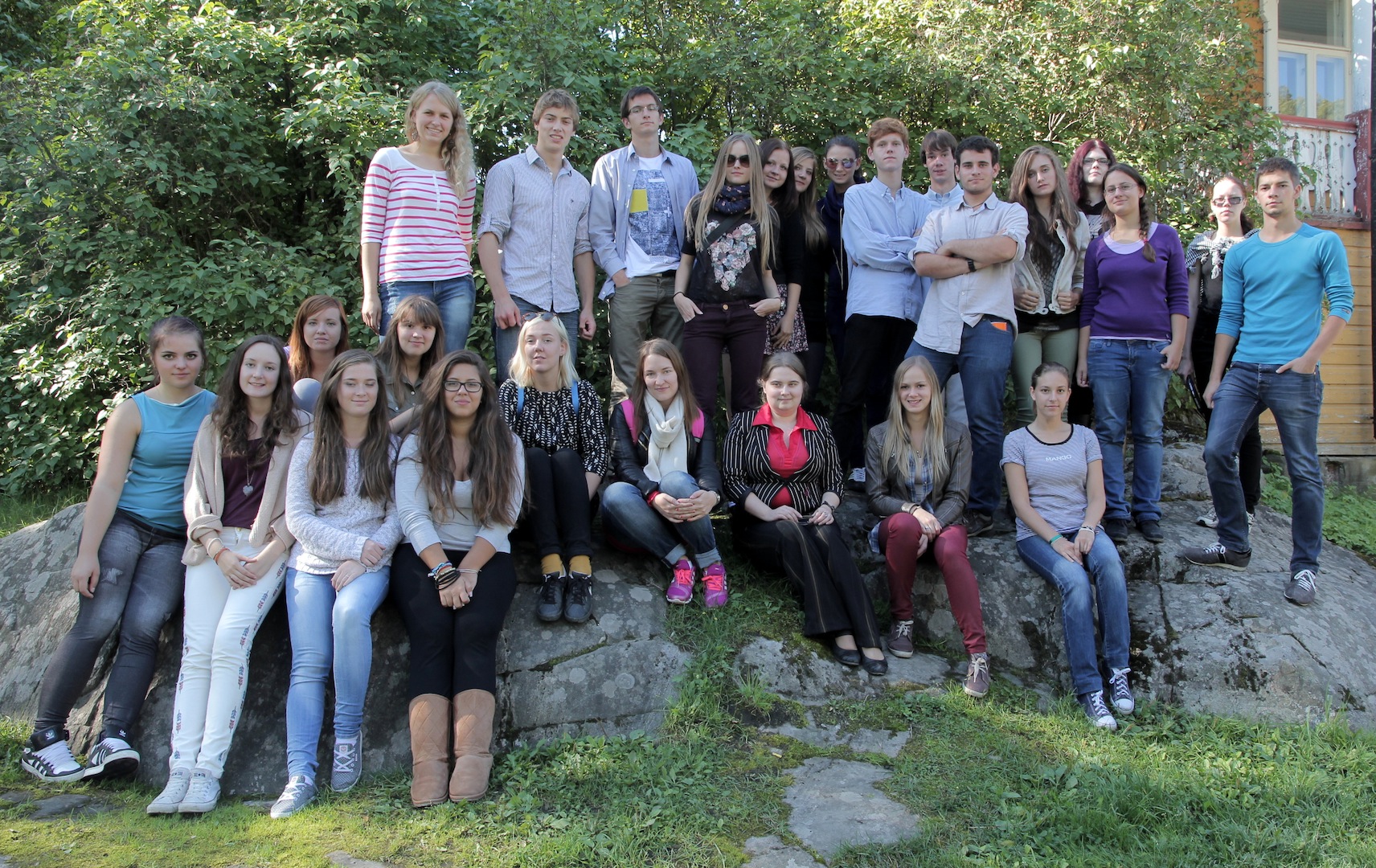 In the evening we also got to see and hear the presentations of three other groups which had been formed this morning. The largest group with Magdalena, Desiree, Annina, Fanny, Pia, Joanna, Vivien and Karin also chose to play with chronology, although their approach was quite different. But why describe what you might just as well watch for yourself?

The group consisting of Alvaro, Gabriela, Julia, Olga, Anete and Katarina were anything but shy as they chose to ask the visitors of Suomenlinna about their stance on various topics related to national identity and nation-building. The highlights of these interviews were the German student who described what is important to his nation, the Finnish cadets from the Navy Academy located on the neighbouring island telling what unites a nation and the not-so-well-communicating married couple from the United States. According to the German student, football and the fact that shops are closed on Sundays are the most important things to his nation. The Finnish cadets, on the other hand, informed us that in order to unite a nation “there has to be some kind of a war”. From the American couple our participant tried to ask about their national traditions, but the husband was too busy quizzing his wife about the contents of the American flag to get any kind of a coherent answer.

This night’s dinner was special since we wanted to have a last meal without any sense of rush. The texmex restaurant Cantina West served as the venue for our final dining experience together. After a huge helping of tortillas with various delicious fillings we still somehow found room for dessert in the form of two different cakes. While the other groups could leave their nerves behind by already having their presentations, we still had one group left. Thus the group that decided to make a play were given the time to have one last rehearsal before letting the rest take part in their interactive performance.

Koi, Dimitar, Ema, Katerina and Noelia decided to show that one of the underlying causes for WWI was the different parties simply not understanding each other. The rest of the seminar participants were told to listen carefully to the actors and then choose a side from two different tables representing two different alliances – they could not remain neutral, as would-be director Sofia explained. The twist was that the play group members all spoke different European languages, emoting increasing frustration and not letting each other finish. From initially waving their white flags, the papers representing these flags were soon torn to pieces. Both sides had sheets tied to their wrists (creativity!) and tugged at them with increasing intensity to show the increasing tension of the situation. Eventually all of the spectators were standing at either side of the conflict and looked with curiosity at the blank sheets of paper before them. Somehow they managed to figure out that the intention was for everyone to draw something, symbolizing the nation-building taking place within the alliance. Soon enough the understanding increased between the two sides and eventually the drawings were joined with tape and the white flags taped together as well. Even the two neutral parties that were sitting in the middle found themselves joining the unity initiative. Finally the sheets were untied and a white scarf was thrown into the air (the closest thing to a white dove that was available at the premises of the seminar). 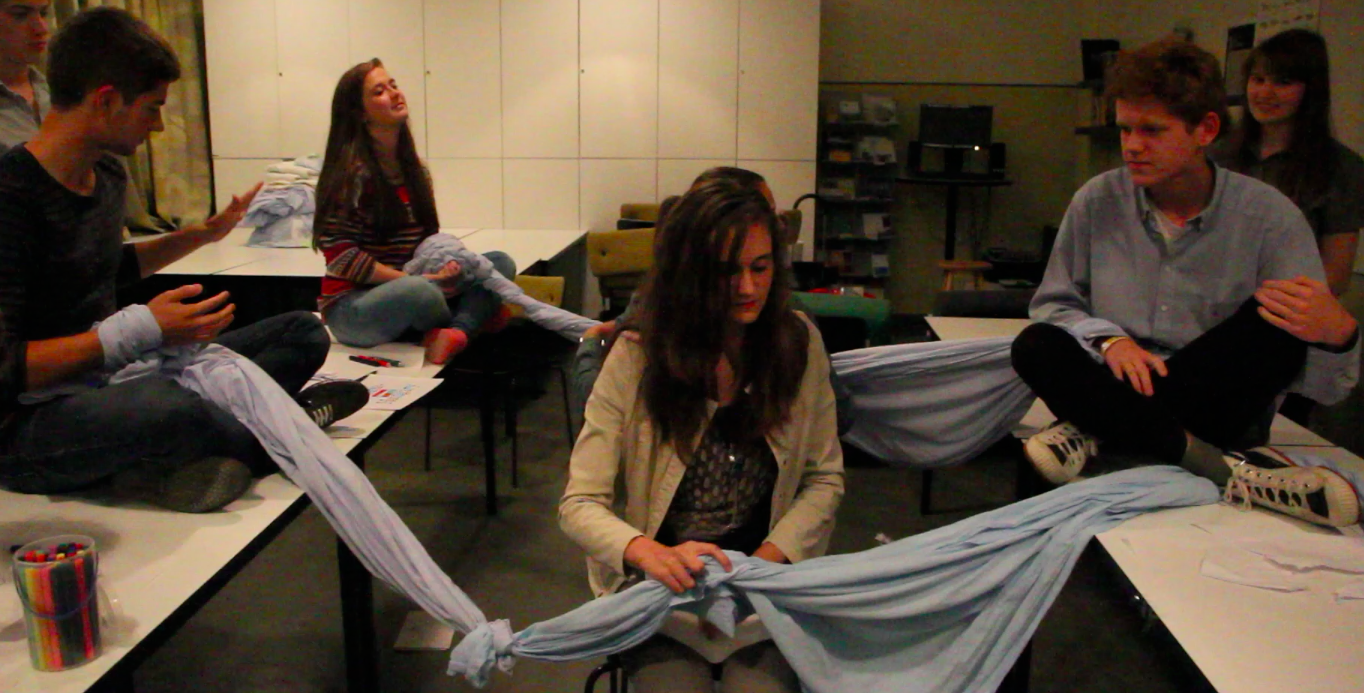 It was somewhat difficult to return back to the present moment from the poetic atmosphere of the play. We still managed to do this and sat down in a circle for the last time in this seminar, collecting our main thoughts about the week we have spent together. Looking back at our improvised closing speeches of the first day it seems that our expectations were realized. The farewells started early this time around, as the first participants to leave the island took the ferry already at two in the morning, but there is a sense of accomplishment and satisfaction judging from the atmosphere here at the last night of the seminar. Thus it is time for us to say kiitos ja hyvää yötä one last time!