Researched by Michèle Steiner
Born in 1995 in Schwyz, Switzerland 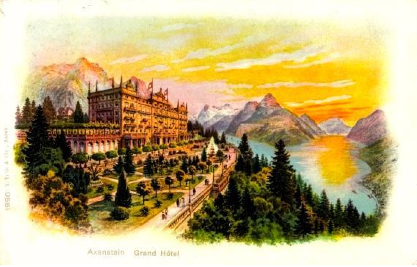 “The Grand Hotel Axenstein as an example for tourism and the hotel industry during the Belle Époque in the centre of Switzerland”.” (2013)

The Belle Époque describes the time between the 1850ies and the breakout of the First World War in the year 1914. During this time, tour- ism, especially in Switzerland where I am from, flourished and guests from all over the world flocked to famous places in this country in order to enjoy some nice holiday weeks, discover the spectacular and beautiful landscape and maybe even become acquaintances with some rich guests and/or celebrities. Hotels of this time often represent the dreams of this era – they are fairytale castles and offer every possible luxury of this time: hot water, the first gas and later electrical lamps, electricity, water closets and even the first elevators. The aim of most of the visitors was to see and be seen. Pensioners wanted to spend some unforgettable weeks away from their daily life and work; they wanted to live the life of a queen or a king once in their lives.

Opened on the 20th of June 1869, the Grand Hotel Axenstein soon became famous in the whole world – one reason for this famousness might have been the visit of Queen Victoria II. shortly before its opening. She praised this unique place with the words: “The most beautiful spot I met with on my journey through Switzerland.” The hotel enjoyed great popularity so that only three years after its opening (in the years 1871/72), it was already extended and the whole hotel (with two dependences) offered beds for 240 to 260 guests now. In the night from the 28th to the 29th of December 1900, a disastrous fire destroyed the whole building. The reason for this tragic event has not been discovered yet – the most logical explanation is that the hotel was struck by a lightning.

Due to financial reasons, the owner family of the hotel decided to sell the hotel – applicants from all over Switzerland applied for this piece of land with its unique view over mountains and the Lake of Lucerne, such as Mr. Ritz, the owner of the famous Ritz-Hotels. However, despite these famous bidders, the hotel stayed within the family and was rebuilt more luxuriously and fantastically than it had ever been. One highly praised attraction was the private forest park. It was as large as 300’000 m2 and offered a wide range of trails for strolls, places to relax in and enjoy the beautiful scenery. Attractions of this park were a special, so called “druid stone”, a glacier field, a memorial stone dedicated to four explorers and some gigantic sequoia-pines that are still guarding this place. In addition, not only did I focus on the history of this particular hotel itself, but also on the development of tourism in my region, the reasons for this illustriousness, famous guests who visited the hotel and spent their holidays there, the biographies of the most important figures in the history of this hotel (owners and architects) and the wide range of activities and luxuries the hotel offered. Due to this wide range of topics, working on this paper was always very thrilling and absolutely interesting. 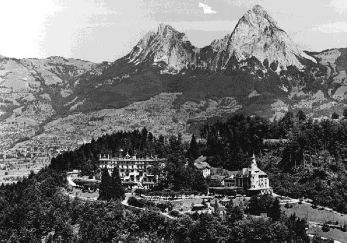 The list of famous guests who visited this hotel is long. Queen Victoria, Richard Strauss (the famous composer) and Prince George from Prussia (nephew of the Emperor of Germany) can be named. The behaviour of some guests is also rather noteworthy and quite disputable – for example, often books in the library could not be used anymore after a half season: only one example for the careless manners of some guests! As I was fascinated (and still am) by the Belle Époque, I mainly focused on the history of this hotel between its opening and the breakout of the First World War, when tourists failed to appear and the hotel had to face a hard time. However, the hotel did not have to close its doors completely. Due to German internees who spent their time there, it could keep its head above water.

The reason why I chose this topic lies in my childhood. Together with my family, I often walked past the spot where the hotel once was (due to financial problems, unfortunately, the hotel was closed in the 1960ies and torn down – therefore, you cannot visit it anymore) and saw the remains: some old rusty spot- lights. I always asked my father where these lights were from. He then told me of this unique hotel and I imagined how guests went in and out of this fairytale castle. This was the moment when my fascination for this hotel, for this time, the Belle Époque, started. Fortunately, there were no huge obstacles in my path that I had to surmount. Actually, I was quite lucky and could always count on the help of several people – some directly involved in the hotel business and others who are as fascinated as I am with this vanished world. I do not know what I would have done without them.

One of the many highlights was one special source. While I was visiting a descendant from the hotel family, I received a wonderful family chronicle: a true treasure! Although written in the old 1900-handwriting – which I am now (after some training) perfectly capable of reading – , it offered a huge amount of information and an extensive insight in daily life, the happy moments such as the problems of such a famous hotel. Further sources I could use were original newspaper articles, guest books, reports of people who visited this hotel, a huge pile of books about this era and interviews with people. Furthermore, I had been in touch with a Swiss author and expert in this topic, visited archives and libraries where I discovered several old, absolutely fascinating sources. In conclusion, it can be said that I am totally happy to have chosen this topic. If I had to write such a paper again, I would not hesitate to choose this issue again. 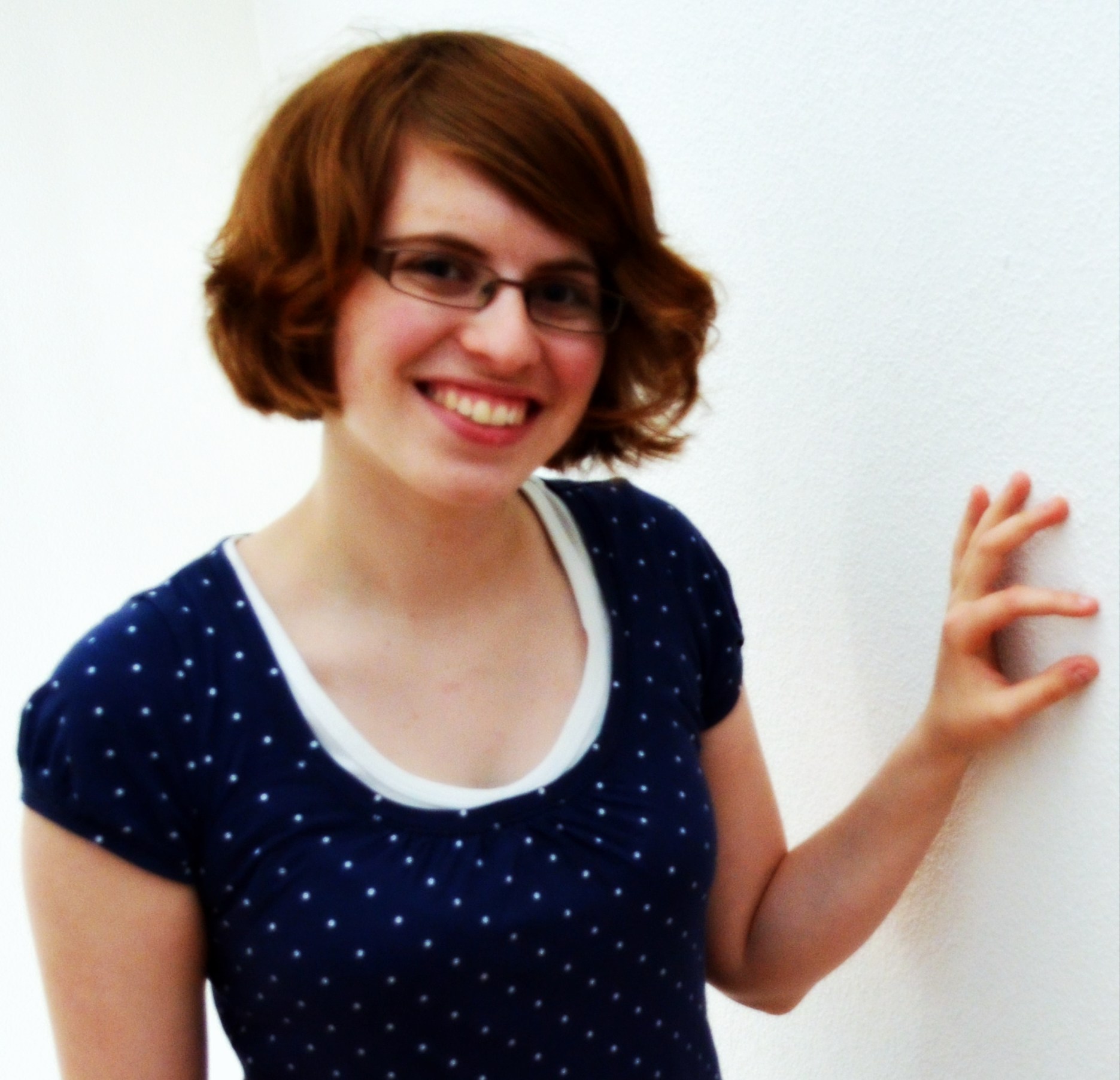 With her contribution Michèle Steiner won a first prize in the 2011/13 EUSTORY National History Competition of the Association of Swiss History Teachers, the topic of which was: “Places. Stories? History!”. She will participate in the EUSTORY academy in Ljubljana in October 2013.

Written by Eustory-Blog
Here you can find reports from EUSTORY History Camps and other activities by young Europeans.
Share This Post
You May Also Like
„A farewell to Poland, a farewell to Russia. The history of three Polish-Russian marriages.”
12. July 2013
Bravery and Strength: The Story of my Explorations Concerning my Grandmother’s Time in post-WW2 Europe
11. March 2013
Traces of History: “Multiculturalism in Slovakia in the 20th century – the Bulgarian minority”
1. May 2013
From childhood tales to a historical research work
3. February 2014
Previous ArticleDay 6: You may not remain neutralNext ArticleDay Zero in Ronda or There is a first time for everything