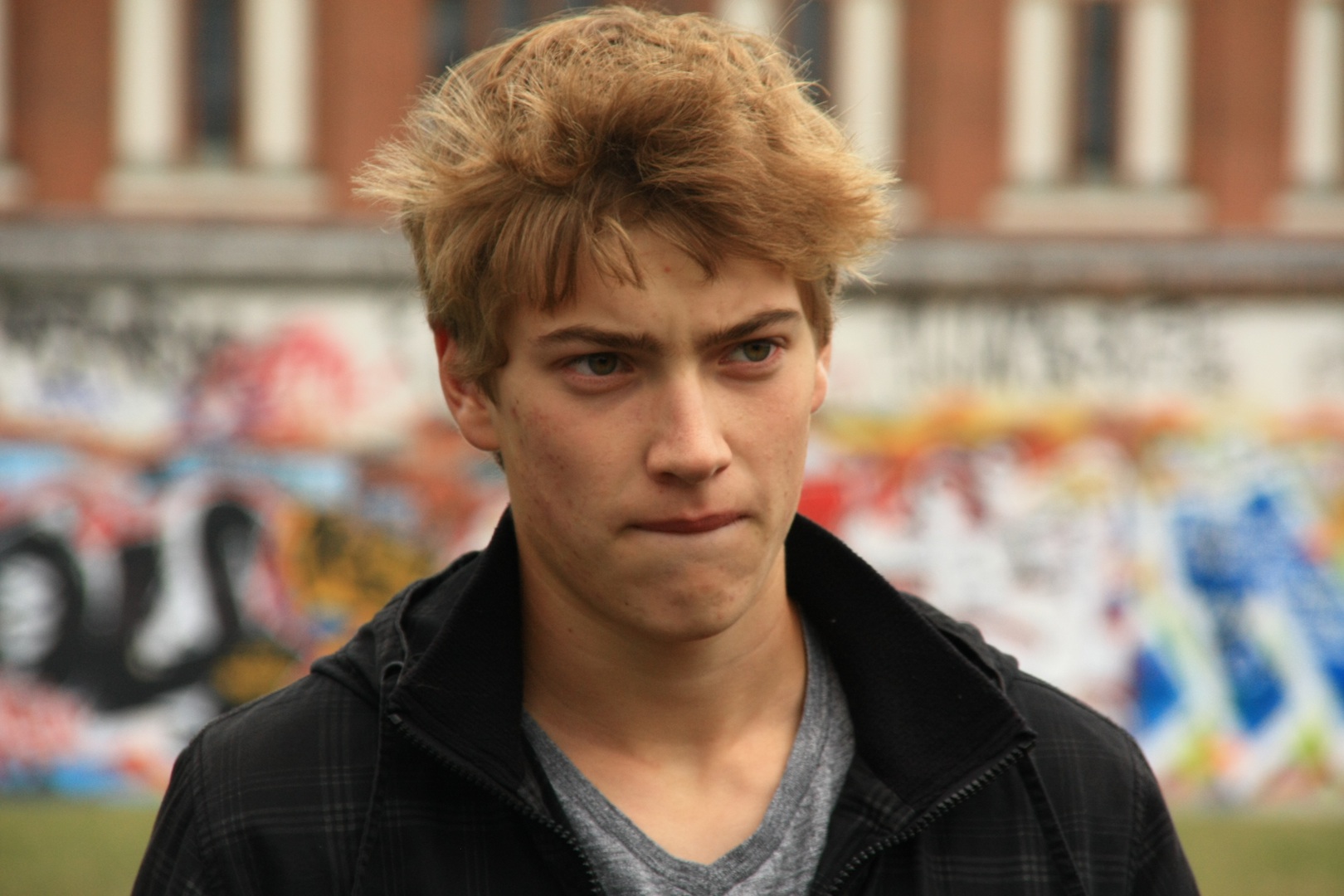 Topic of the German History Competition 2010/2011: Scandals in History
Topic of research paper: The scandals around Wilhelm Gräfer over the course of time and societal changes
Authors: Malte Leimbach, Maria Junker, Jan Schmelter

Gräfer was mayor of the town of Lemgo before and until the end of World War II. When the American troops came to the town in 1945 he went towards those troops and started negotiating with them over the surrender of the town, so Lemgo would not be bombarded and destroyed. The American officer he was negotiating with seemed to have a positive attitude towards Gräfer’s idea, but felt the necessity to talk to a German commander to confirm this, since Gräfer did not have any military power. Gräfer, therefore, went back to the base where the commanders were at the time and tried to talk to a commander, named Heckmann, whom he had already been in touch with before.

Once Heckmann heard that Gräfer had negotiated with the Americans, he got very angry. Heckmann was convinced that he had not given Gräfer permission to do so and immediately arrested the mayor. Part of our research was to find out whether or not Gräfer was allowed to have this military debate with the Americans. There is a lot of evidence that Gräfer and Heckmann had had multiple talks before this event and my group tried to find out if there had possibly been a misunderstanding between them which, on one hand, made Gräfer feel like it would be fine if he went out and negotiated with the Americans and, on the other hand, caused Heckmann to believe Gräfer had done injustice. Heckmann took Gräfer to a different base where he brought him before a court martial. The appointed judges decided he was guilty of betrayal and Gräfer was executed the day after.Gräfer had been very popular among the people of Lemgo during his service as mayor. He gained even more popularity after his death due to the fact that the town had not been bombarded. He was regarded as the saviour and hero of Lemgo who had sacrificed himself for the town and its people. This attitude was widely spread all over the town for almost thirty five years and was even supported by a court decision in 1968. Gräfer’s family had been very active trying to prove that he was executed unlawfully. The court in 1968 ended up revoking Gräfer’s death sentence and stating the importance of his deed for the town. There were multiple reasons for this decision. One question was whether Heckmann had arrested and brought Gräfer before the court martial legally. Also, the court determined that Gräfer did not have the opportunity of proper defence in the court martial. The court was not able to find out if Gräfer had been sentenced because of treason or because of betrayal of war, which was an important difference; if he had been sentenced because of betrayal of war the sentence would not have been legal because Gräfer was not part of the army and could therefore not be charged with this crime. The court martial sentence of 1945 was therefore considered illegal and also my group agreed that Gräfer should not have been executed under these circumstances.

At the beginning of the 1980’s, a group of young people did some research on the Holocaust in Lemgo and the deportations of Jewish people in the town. At some point in their research they found a certain kind of connection between some acts of discrimination against Jews and Gräfer as the mayor of the town. Evidently, Gräfer supported the Nazis and even tried to join the party himself. The teenagers found it hard to believe that this great hero and saviour of the town should have had a background like that, but very soon they started making some of their results public.
This caused a big scandal in Lemgo. People felt offended by those young teenagers and criticized them for deprecating Gräfer’s sacrifice.

The young people were convinced, though, that Gräfer had not been pictured correctly. They kept bringing up new evidence which heated up the debate even more. One of their goals was to rename a school in Lemgo that had been named after Gräfer in the late 1960’s. In their opinion, Gräfer was not a hero at all and celebrated wrongfully. This group also kept debating with the city council whose decision it would have been to rename the school.

The city council ended up not getting a majority for changing the schools name, although some delegates, who mostly belonged to liberal parties, voted for it. The debate about Wilhelm Gräfer became silent and most of the people kept thinking of him as the great hero he had been since 1945. It took over two more decades for the society of Lemgo to change its attitude about Gräfer.

In 2009, after the school had started its own initiative, the city council voted for renaming it. People had changed – many people who had known Gräfer and appreciated him as the saviour of the town were very old or not alive any more. A completely new tradition of remembrance of the Holocaust had been established. Overall, there were multiple scandals around Gräfer. One was certainly his execution itself, but for the people of Lemgo it was just as much of a scandal when the youth group published its research in the 80’s.

Today, most people would not be indignant at what those young people did. A scandal is only a scandal in front of a certain historical background. Once society changes this background, the event that caused the indignation has to be seen from a completely different perspective.

Our research mainly included two parts; investigating Gräfer’s execution and the events around it, and comprehending the change of society from 1945 to today. For our research on Gräfer’s execution, which also included research on the trial of 1967/68, we spent a lot of time in archives looking at primary documents. Many of these documents were very opinionated and therefore we had to question every detail carefully and match arguments from every perspective. We had to walk through everything that happened during those days in 1945 multiple times and look at separate facts from possible events as well as judge the probability of every possible occasion.

The other object of our research was to show the differences in historical and social background of events from 1945 until today. We used a lot of newspaper articles especially for the events in the 80’s. It was important to get as many different opinions as possible from this time period, so we could judge the main opinion of the people at the time. We also talked to members of the city council that decided not to rename the school. We found out that there was a big difference in opinion due to generation. Most of the supporters of renaming the school were young people. However, not all young people supported it. The liberal young generation and the conservative old generation were the most important opponents.

Our tutor had brought the scandal around Wilhelm Gräfer to our attention and, apart from that, one of our group members’ grandfather mentioned it as well. We knew that there would be a lot of evidence for research on this topic present in the archives of Detmold and Lemgo and had heard of events about renaming the school.

This topic sounded very interesting to us, especially because it was a scandal with consequences that lasted for almost sixty five years. Therefore we knew that we would be able to look at the history of more than half a century and at the changes in society. This got us very excited for the topic which we then picked and started our research on.

Our main obstacle was a lack of experience in working with primary documents. When we started, we did not know enough about our topic to decide which information was important and which was less significant. That caused us to spend a lot of time on researching the events in 1945. Some questions, we could have answered faster e.g. by moving on to the court decision of 1968. Later on, when we worked on the youth group in the 80’s we had trouble finding newspaper articles that would show different opinions which we could use to get a picture of the different parties in society. We solved this problem by talking to members of the city council that had voted against renaming the school. Besides an entire collection of newspaper articles on this, they were able to give us many impressions of the background of their decision and also tell us a lot about what people in Lemgo thought about this topic.

Before we started our research we were not aware of how drastically society and peoples’ way to deal with their past has changed since 1945. Lemgo certainly is only one example for this change. We used different sources providing evidence that this kind of change in similar periods of time was widely spread all over the country. For me, this was surprising in a way, but especially enhanced my understanding of history in the past century a lot.

Written by Eustory-Blog
Here you can find reports from EUSTORY History Camps and other activities by young Europeans.
Tags: Competition Entry, Körber-Stiftung
Share This Post
You May Also Like
Bravery and Strength: The Story of my Explorations Concerning my Grandmother’s Time in post-WW2 Europe
11. March 2013

@work Day 1: When Nerds come to town
4. September 2015
Previous Article“I have the feeling that certain borders and boundaries, that were torn down in history are being built again”, Tamara about feeling European in times of crisis and her idea of a united EuropeNext Article‘The Desire for Freedom’: The Eustory alumni workshop started in Berlin