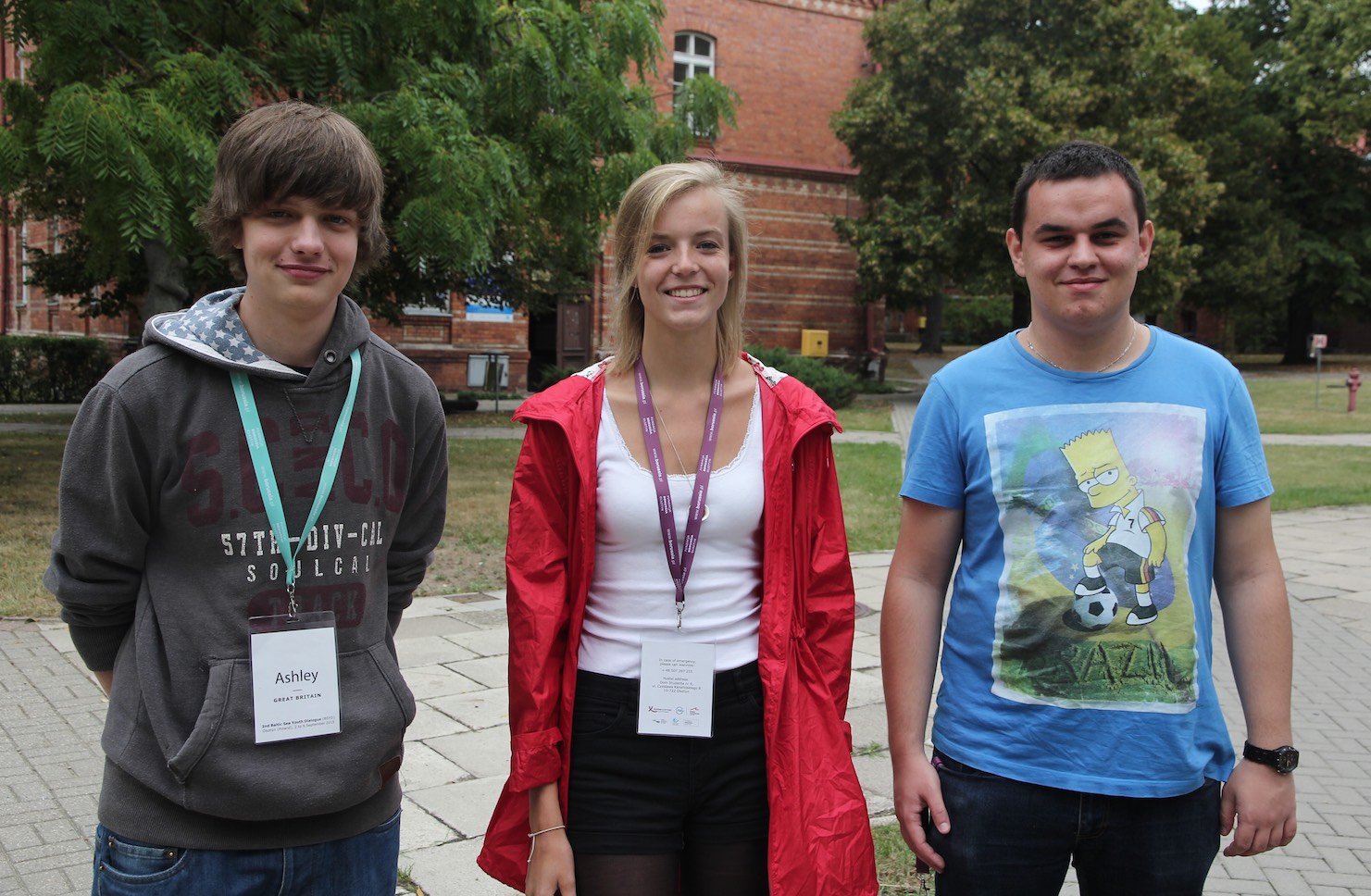 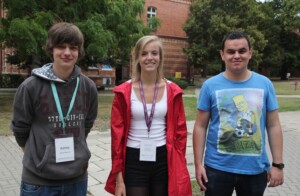 From today on we have every day new ‘guest bloggers’, who share their experience from our workshops, lectures, discussions. So today Ashley, Ghislaine and Andreyan will give insights into day1 of the Baltic Sea Youth Dialogue. They research the multicultural history of the region and share their impressions and experiences of the day in the daily blog.

Find out about their first impressions, nerds and Polish history.

A few words from the interviewees

My name is Ashley and I come from Wales, I have just finished my high school education and I will be attending university to study law. In future I hope to be a lawyer as I find the law and the upholding of it to be very interesting.

My name is Ghislaine and I’m from Belgium, in July I graduated from high school and in a couple of weeks I’ll start at the University of Antwerp. I’ll be studying Dutch, English and Portuguese. I have four brothers and one sister so I have a really big family!

I am Andreyan and come from Bulgaria. However, I am currently living in Maastricht, Netherlands, where I am studying European Law. I am, also that guy, who cannot stay serious for more than five minutes.

What was your first impression?

Ashley– The roads were incredibly bumpy on the way in, I think that the inventions of the suspension and shock absorbers have not reached Poland yet. On the other hand, Warsaw’s architecture was very beautiful and the palace of culture and science was a personal highlight, even if it is a sour point for many Polish people. My first thoughts of Olsztyn were that it was a standard university town, we have many in the UK that are similar and everything about Olsztyn reminded me of them. The food after not eating a meal for a day was glorious, not to mention incredibly filling. Additionally, my room was very nice and the bed was incredibly comfortable and sleeping after being awake for 30 hours was fantastic. Overall, my first impressions of the city and the accommodation were good and I cannot wait to see what else Olsztyn and this seminar has in store for me.

Ghislaine– When I arrived in Olsztyn I had been in the bus for two hours seeing nothing but roads and no villages. So I didn’t know what to expect from Olsztyn, when we arrived everything seemed a bit sad and dark. But there was a huge pizza waiting for us so I completely forgot about it. The next morning the sun was shining and I saw how beautiful the campus actually is. After breakfast we drove through Olsztyn and it proved that my first Impression of a dark city was completely wrong!

Did anything surprise you from the lecture*?

Ashley– The main thing that surprised me from the lecture on Polish history was that local authorities assisted anti-Semites in committing mass killings of Jewish people shortly after World War Two. My perception of a post-war Poland that was incredibly tolerant was shattered; I knew that individuals carried out individual acts of violence but the authorities assisting people was shocking. Secondly, I was surprised by how quick Poland managed to change their socialist economy into a capitalist one that thrived on the world stage. For example, I had no idea that Poland was now in the top 25 richest countries in the world. In all honesty, most of the content in the lecture was new to me, but the previous two things shattered my misconceptions of Poland.

Ghislaine– I was most of all surprised that after WWII the Polish people more or less lost hope and weren’t really eager to move on. They saw that the other countries were recovering but Poland felt like there would be a third world war so they thought it wouldn’t serve any purpose to rebuild their society. It also surprised me how some Polish people look back on their time as a communist country. In Belgium there’s no doubt that communism is something bad, here the opinions are more divided and there are people who actually do think of it as the better times.

Andreyan: The lecture was very informative and educating. I learnt quite a lot of stuff like the local anti-Semitic movement and the recent economy boom after 1989. But what came as most shocking to me was that in 1956, 1 million people gathered together, without being forced to express their hope in the new regime. As a person who comes from a former communist country, it was incredible that people gathered because of their free will and nothing was actually planned by the dictatorship. 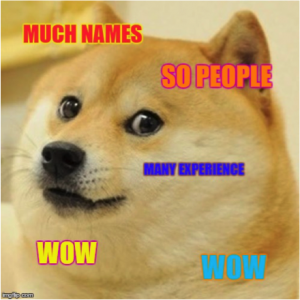 *Aleksander Suhak on “Since WWII to the transformation in Poland”

Is everyone there a weird sort of a history freak, who has no social life?

Ashley– No, not at all. Everyone here is really lovely and friendly, also their spoken English is fantastic. As I start to introduce myself to more members of the group I am still amazed at the diversity of the delegates. The people here are all very interesting and I look forward to hearing more of their stories and personal views on current events.

Ghislaine– No, they’re all really nice and enthusiastic people and everyone is really trying to get to know each other. It’s also really funny that a lot of people pronounce my name in the right way, back in Belgium a lot of people are struggling with it but here with a lot of people from the Baltic countries they actually can get it right!

Andreyan: Yes! Everyone is like a robot, there is more emotion coming out of my laptop. Gotcha! Just kidding, people are very kind, friendly and interesting to talk to. I have zero regrets trying to get to know everyone. It seems that in the next days I will make a lot of friends. Hopefully, these friendships will last. 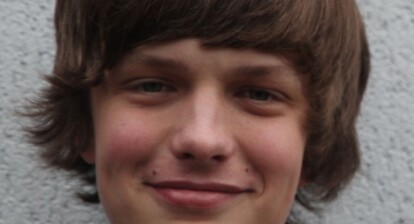 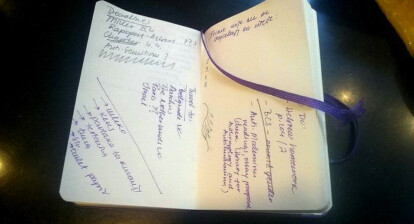