On the very sleepy Wednesday morning we were walking to the Tallinn’s train station to drive to Tartu.  Most of people were using this time to get some sleep but some of us worked on our project or went to get a coffee.  In mean time we had an opportunity to enjoy Estonian’s magnificent nature and small colorful houses. After two hours we were finally there. 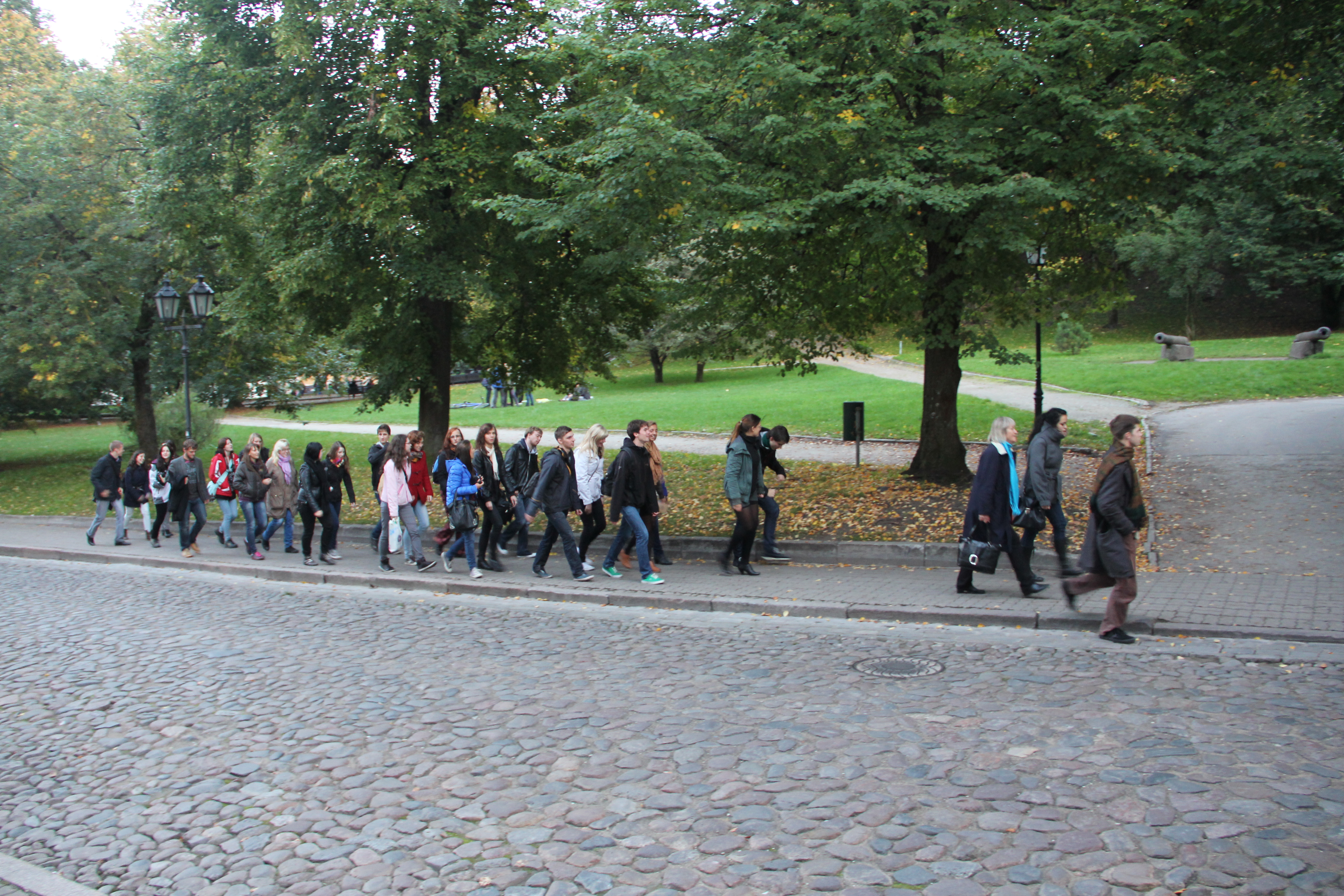 Mari-Anne, our good friend from academy, greeted us to Tartu which was very welcoming. We put hurriedly our bags to hostel and went to Miina Härma Gymnasium.  There we had nice greeting from headmaster and students. It was interesting to find out that this school contains people from all over the world like in our academy. 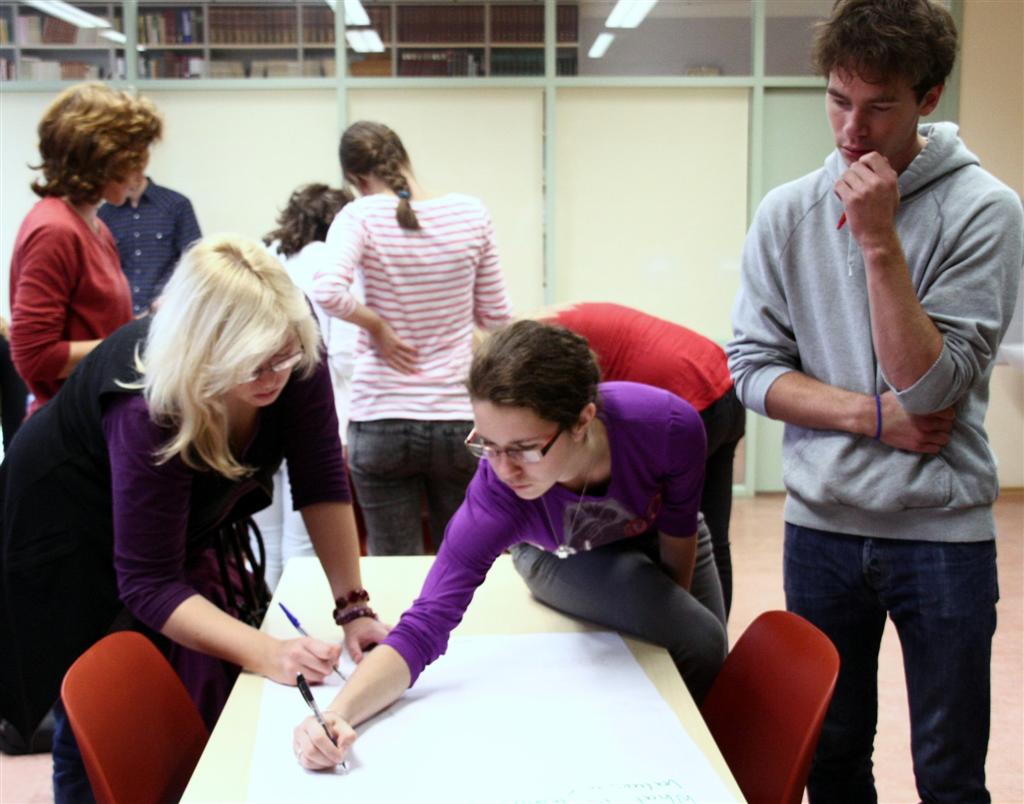 For the warm up we discussed what we learned from yesterday. 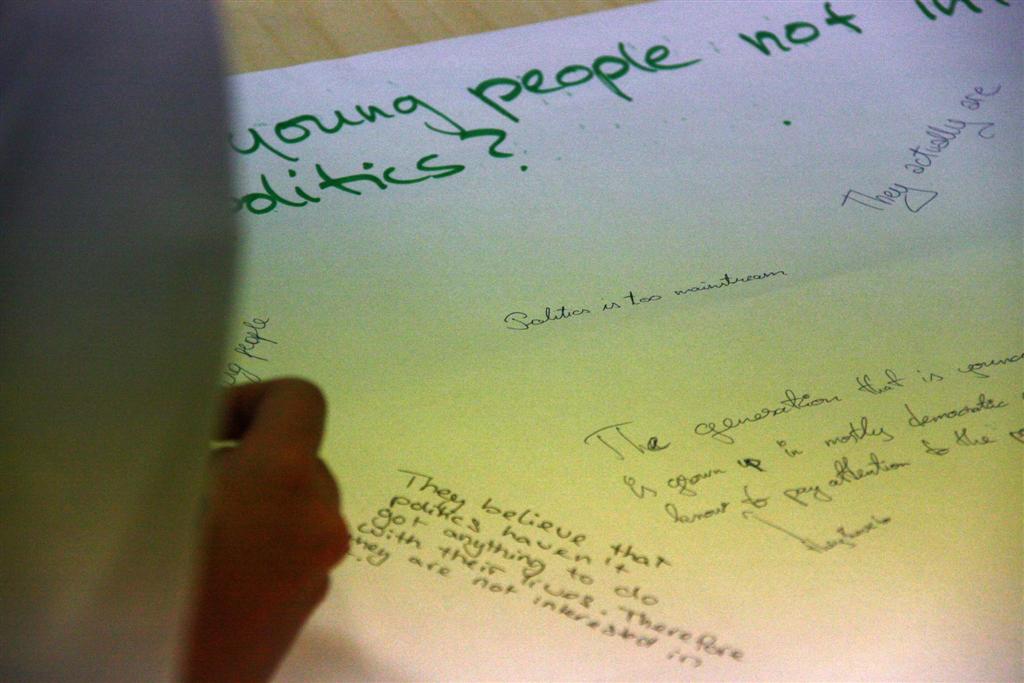 It was followed with silent discussion. Questions were written on the paper and we had to answer on those papers without consulting others.  On some papers we had pretty intense discussion with no voice in complete silence.  For example we had questions such as: “How to encourage/enable young people to become more active citizens?” and “What are the reasons for anti-democratic movements in Europe in nowadays?”. Some discussions were so intense that people forgot the topic they had to discuss.

Afterwards we had the lunch in a Püssirohukelder, which was once used for storing gunpowder but is now a pub. It is also in the Guinness Book of Records as the highest pub in the world.

We headed back to school  to have a lecture about populism and media by Kadri Ugur from the University of Tartu.  It gave us a lot of different thoughts and opinions which will help us enforce our critical thinking. Ola from Sweden pointed out that the lecturer was doing “active teaching” but she was saying: “I wasn’t so good!”  when we were giving her a big applause. Most people liked her and thought that she gave a lot questions which we need to answer for our self.

Organizers found that we have been very active and gave us free time to discover Tartu. Mari-Anne and Martin were showing us around the town and told about its history.

We got together again at 6.40pm at the town hall. 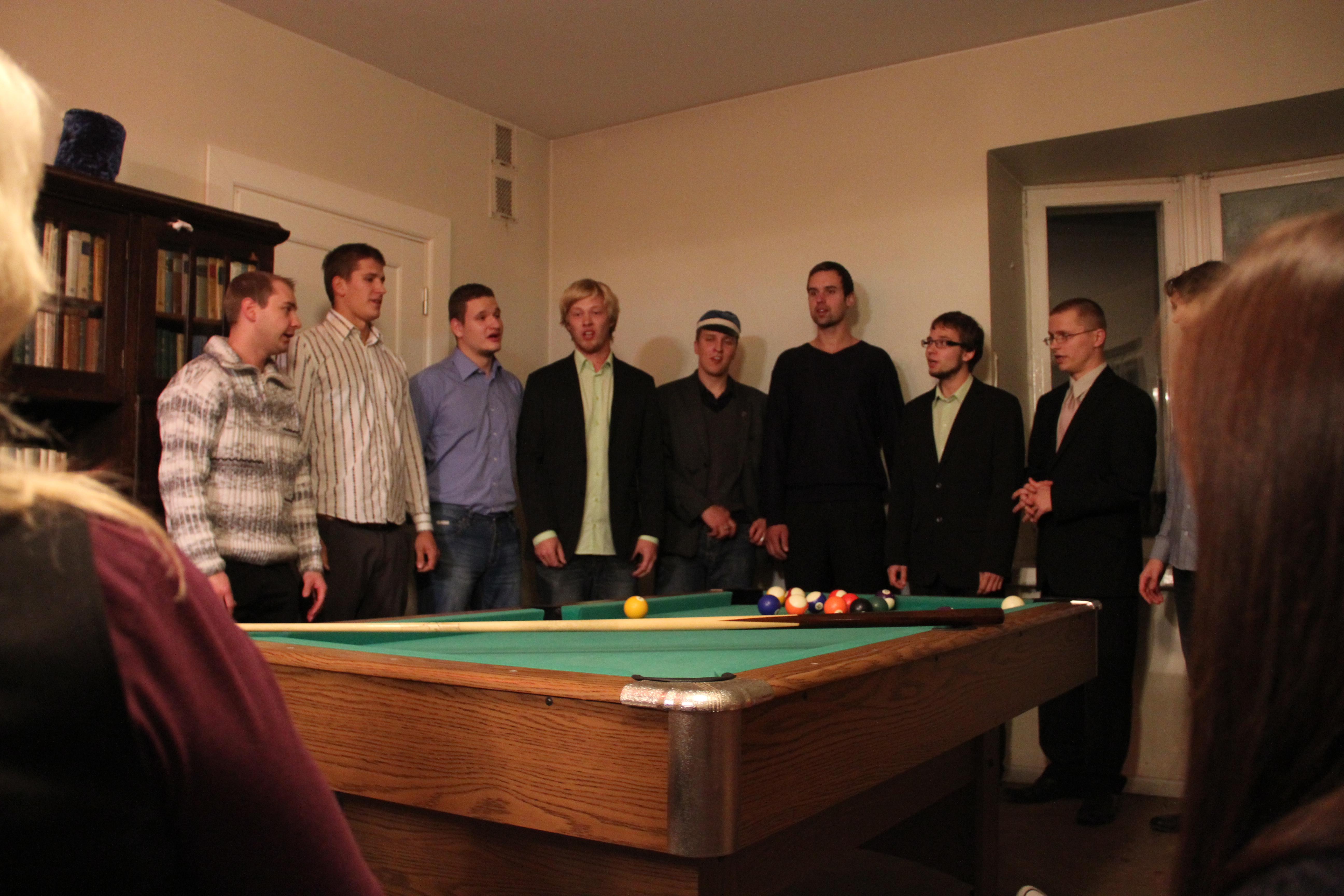 We went to Student association  Raimla. There we had dinner and everyone were happy because for the first time it was not potatoes. After dinner a societymemeber told us about their organization, we had a performance by the Ramila society choir and had an intercultural evening. At first we had to describe our country with three to five statements.  Everyone had to read one and guess what nationality was described. Secondly we had some participants to show us some dances and children games from different countries.

All in all we think that we learned a lot about media, populism and about each other. 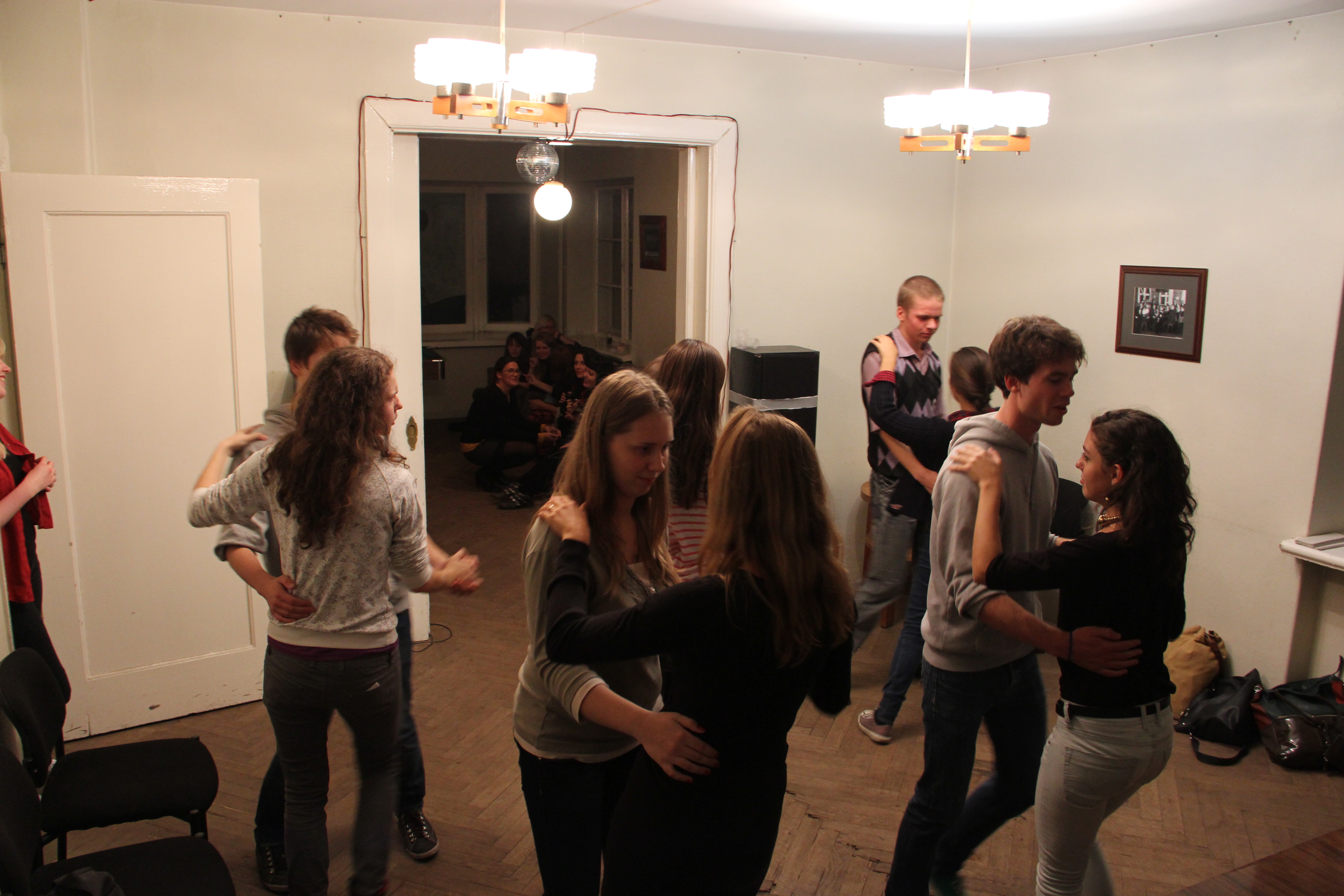 Tomorrow we will have another day which will bring us new news and new ideas.

Written by Eustory-Blog
Here you can find reports from EUSTORY History Camps and other activities by young Europeans.
Share This Post
You May Also Like
Starting a new life from scratch: Exile stories from all over Europe
18. July 2011
Grazia Scuol… Your celebrities :-)
7. October 2010

1919: A special blue carrier pigeon of peace
18. November 2018
Previous Article“Why build a mosque when we have a synagogue already?”Next ArticleThere and back again, A Eustorian’s Tale by Ola