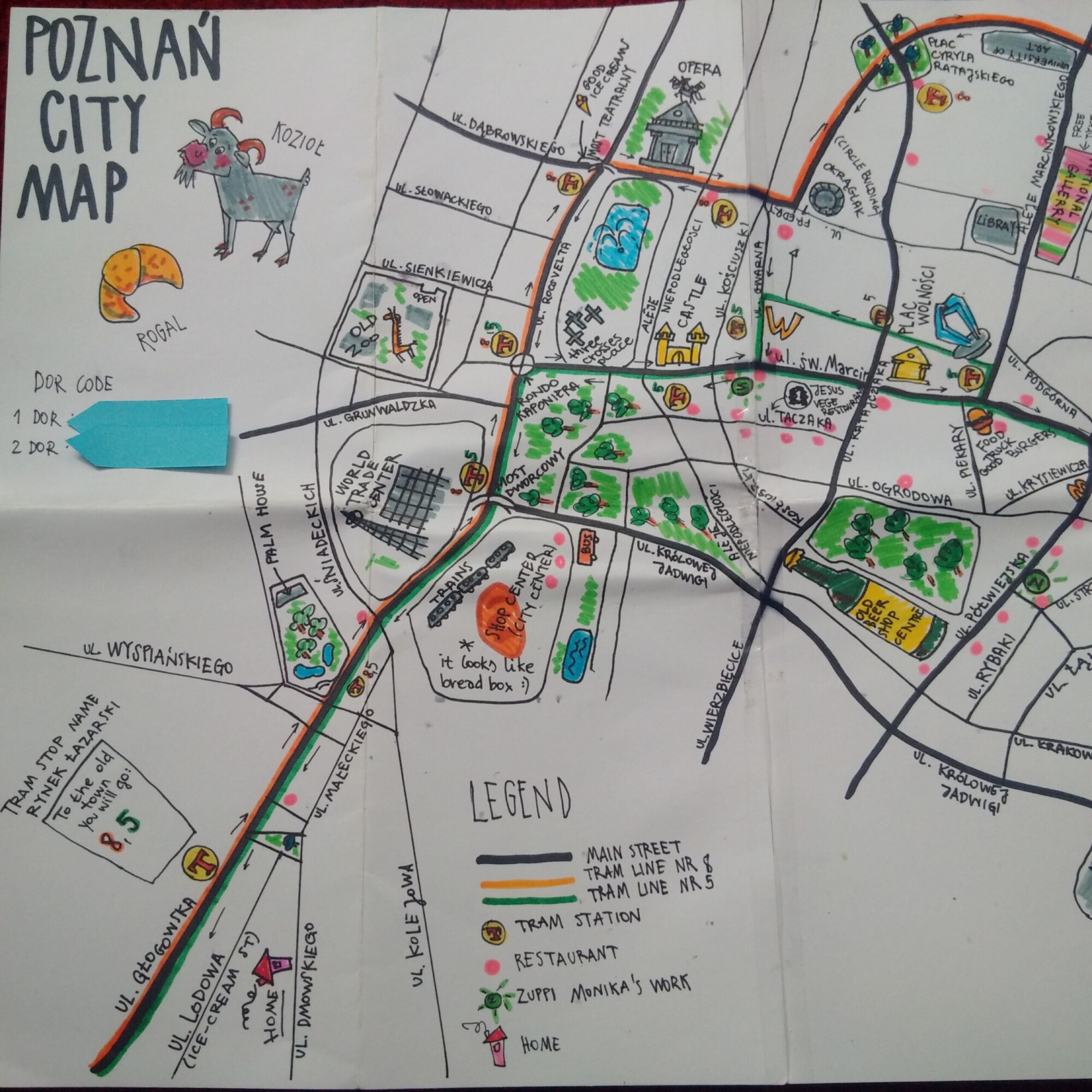 Written by Phillip
born in 1995 and studied public history in Germany. Loves to explore the nature in different countries and to discuss about history, but hates to describe himself.

During international seminars and History Camps you can meet people from all over Europe and form intense friendships. After these events distance and new circumstances sometimes present a challenge, even for the closest friendships. In his MEMORY SUITCASE Phillip shares his experience in making cross-border friendships and reconnecting with them years later. A hand-made paper map became a symbol of this friendship.

Some years ago, I attended an international summer camp on Human Rights. At one of the workshops during the camp I met Basia, Marta, Kasia and Jedrzej. After the workshop ended, we stuck together and enjoyed the rest of the time as kind of a team. This had a huge impact on my thoughts about summer camps in general, since before I was doubtful that I could make friends in just a week, especially because I had traveled there alone and feared to become an outsider. On the contrary, these days made one of my best summer experiences so far.

To keep in touch with someone I met for such a short time isn’t something natural for me. I participated in a few camps after that and never stayed in touch with the participants for longer than just a few months afterwards. But this Polish group was special. In the first years we were chatting nearly every week and searched ways to see each other on holidays. During our school time this worked quite well and we could meet at least once a year. Graduation came and changed a lot. Now everybody was busy creating a new life – many started to study or were already working and moved to bigger cities, some even across Europe. That didn’t end our friendship immediately, but it started a process in which the former close contact slowly faded away.

The city map of Poznań

After almost three years of no contact, Basia from Poznań wrote me again. She invited me to visit her in her new flat and told me that she also wrote all the other guys from the old group. I agreed happily and shared some days with all my old friends. At that meeting, Basia gave me a hand-crafted map of Poznań. Carefully, she had sketched in all interesting areas around her place and the places she and the others were working at. Since her boss canceled her holidays just before the meeting, Basia feared that I could feel lonely and made the map to show me that I can visit her any time and never get lost.

For me this map has not only a kind of artistic value, the little figurines and funny comic-like stories on it are very entertaining to look at, but also it is a reminder of deep friendship. I honestly thought this friendship had already faded away, like it happened with so many people I met on summer camps. But as I traveled to Poznań and stood vis-à-vis to the guys I knew for such a long time, it was like nothing changed since our school time. The atmosphere, the way of behaving, even the humor was just the same as in my memory and created a truly amazing experience. That’s what makes this map a map of friendship.

Written by Phillip
born in 1995 and studied public history in Germany. Loves to explore the nature in different countries and to discuss about history, but hates to describe himself.
Tags: Friendship, Maps, Memory Suitcase, Poland, Poznań
Share This Post
You May Also Like

Polish-Czech Relations: Stereotypes, Mistrust and Misunderstandings put into Practice
2. April 2017
„A farewell to Poland, a farewell to Russia. The history of three Polish-Russian marriages.”
12. July 2013
Previous ArticleHappy Birthday, Google! Can the Search Engine Replace History Teachers and Libraries?Next ArticleUnderstanding History and Experiencing the Past