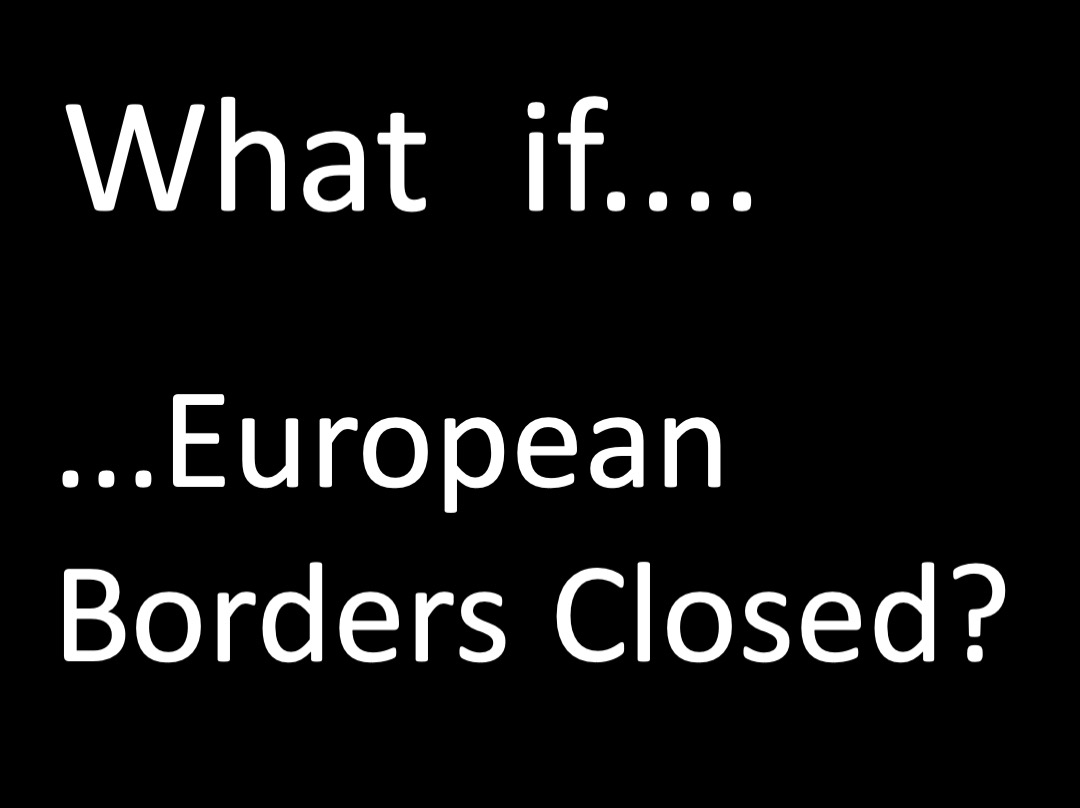 Written by Felicity
Felicity (born in 1991) is from Ayrshire, in Scotland. History graduate from Dundee University and a Masters graduate from the University of West of Scotland. A freelance broadcast journalist, loves horses and history. She was a featured art piece in Edinburgh National Art Gallery last year.

If all the European borders closed, how would you react? We asked people during a workshop in Hamburg in 2016 and this is their reactions. Now in 2020, borders within Europe are closing to stop people from spreading the corona virus. While we still hope that this too will pass soon, we still wonder: Is the European freedom of movement over? The dreams of travellers and opportunities for young people are in danger of ending after over thirty years of The Schengen Agreement.

So, what if all European Borders were closed again, and we all had to wait in queues with our passports to visit, live and love in our neighbouring countries? What would your first reaction look like and why? We asked people in Hamburg, Germany.

“I am now living in England and this would complicate me travelling home.”

“The EU is a peace project, and closing the borders would be a leap back in time. It would prevent any cooperation, the free movements and stop the love across the borders.”

Ramin (45)
Originally from Poland, but now lives in Germany.

“I don’t worry about that, it wouldn’t touch me, we can even have visa’s in Europe again. Why should I have any worries on this issue, I am not a German but I do respect the culture and values. Everybody knows that here there is a nudist beach and that you can go to rock concerts but these migrants coming from Arabic countries do not want to respect our rules and culture. The German culture is what it is. Are you going to go to Saudi Arabia as a Christian to Mecca? You aren’t allowed to do that. The architect of Mecca was as a Christian not allowed to enter the city, he had to plan it from a hill close to the place.”

“I am living abroad and have the opportunity to work in another country, I want to continue living like this. If there are more limitations it’ll be difficult. If we close them, maybe at some point even Europeans won’t be able to travel within the EU.”

“We don’t like that. It is against the values of the European community such as: our freedom, liberalism, co-orperation and equal rights to everyone.”

Get me out of here!

Originally from Chile but now lives in Denmark

“Our family lives in Europe and on the American continent. If the borders closed, I would just want to know how I would get out of here. It would be an imprisonment.”

Get me out of here!

Alexander and Claudia, both 57

Claudia says: “SCHEIßE! Open borders are very important according to human rights and the unity of the European Union.
Alexander, “We shouldn’t close the internal borders because they mean the spirit of Europe. But, we should consider to close the outer borders to Europe.”

What if… Trump becomes the US President
8. November 2016

What if … you were drafted to defend your country tomorrow?
16. November 2018
Previous ArticleTravelling Europe – and Time: There and Back AgainNext ArticleMemory Suitcase: The Virtue of Lists