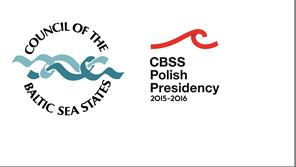 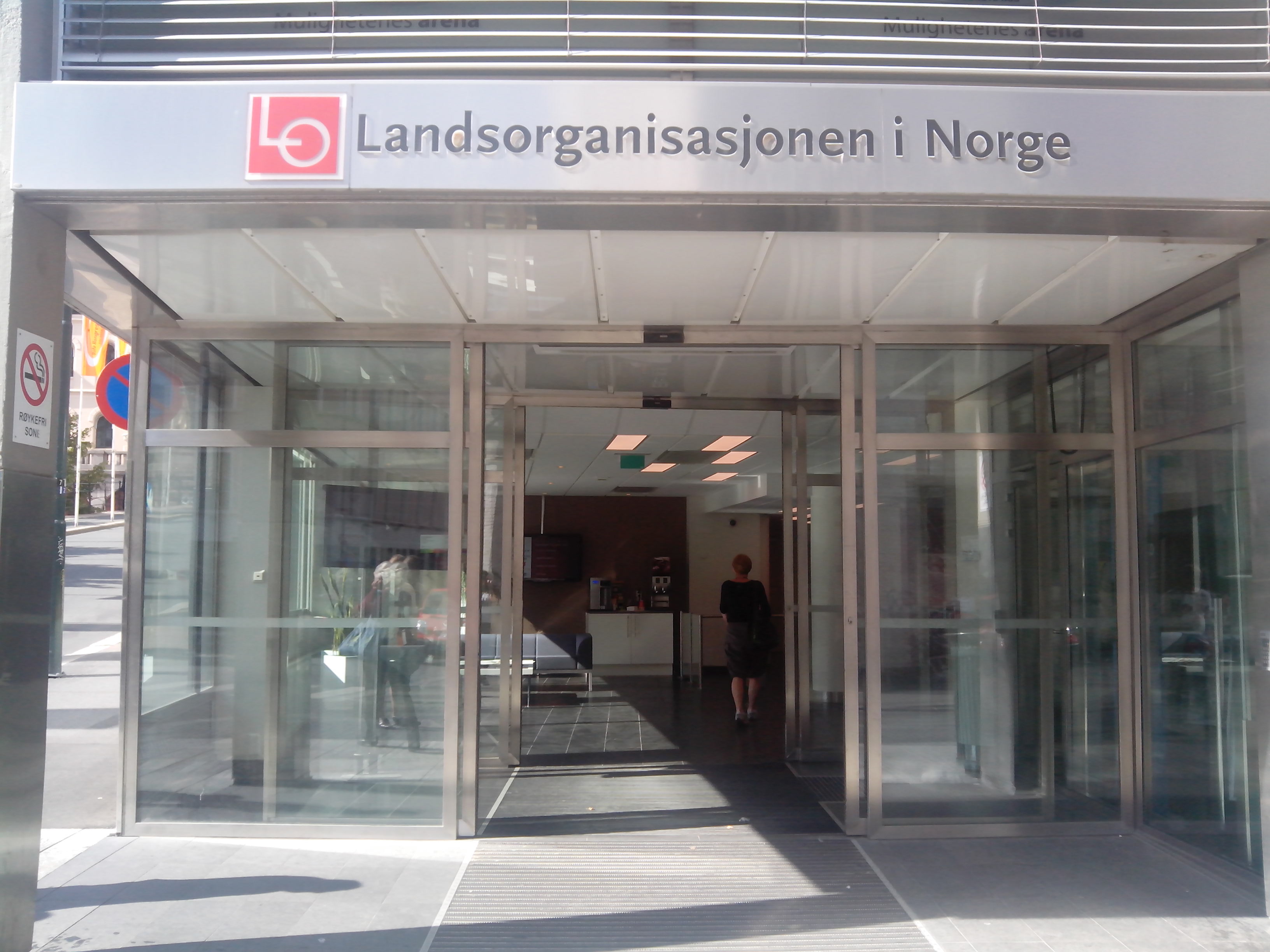 Today, we visited the Norwegian Labour Movement Archives and Library, where we were received by the director Frank Meyer. After getting stickers with our name on it, which is a point to remark, he showed to us many interesting pictures displayed in the main corridor about male and female workers situation or some of the first labour demonstrations in Norway. Then he led us to arcades and library, where all documents and books about labour movement are gathered, sorted and pretty well preserved, as they will be there forever. 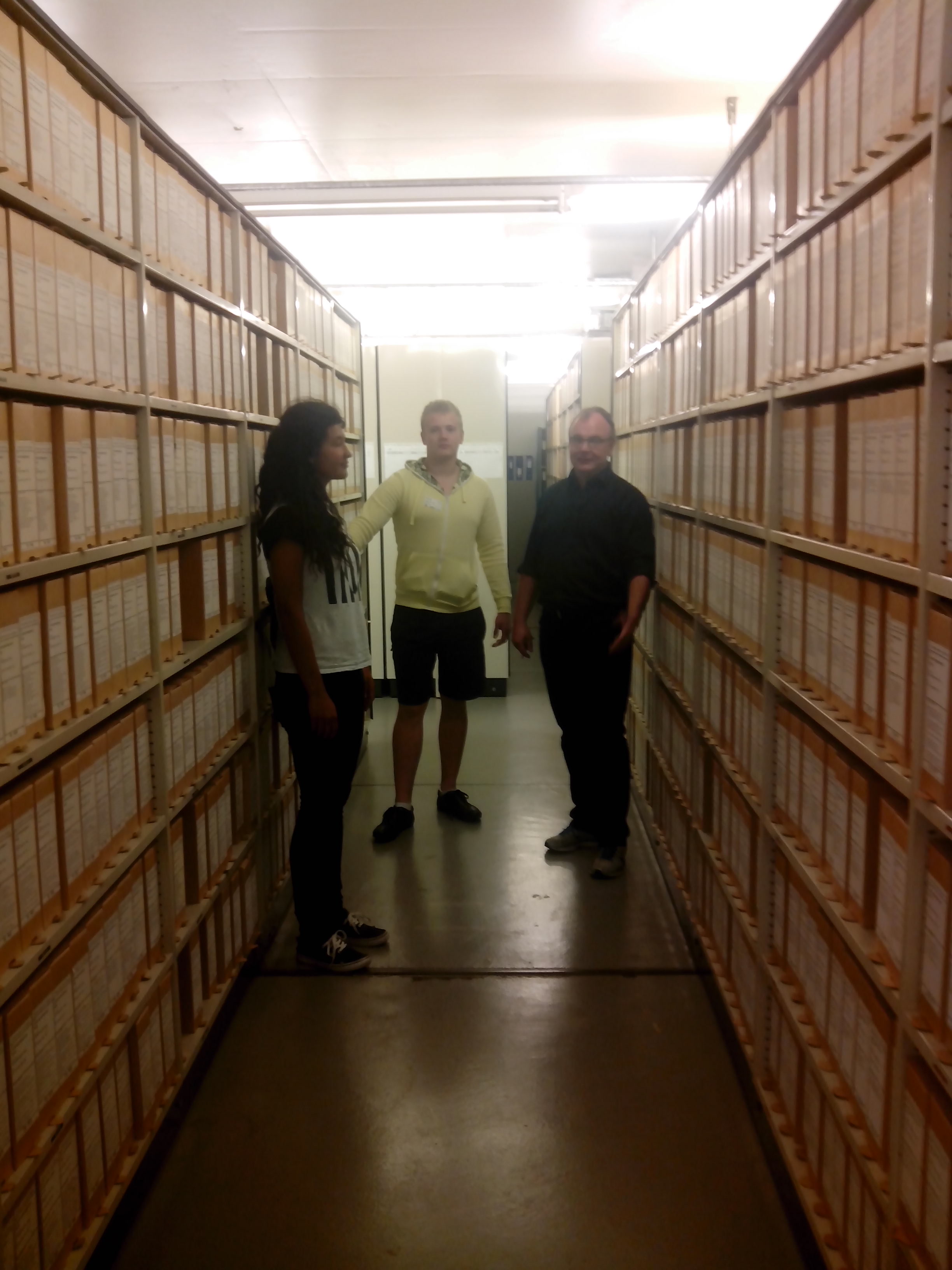 These books and archives tell about labour movements in history and they can be consulted by researchers, students and members of the LO, it is open to anyone though. This institution was created in 1899, when several local labour movements, that had sprung up because of the working class situation at that moment merged. That is how they started to fight for their rights as workers and constituted an umbrella-structured institution, which would assume a really important role in Norwegian democracy. Though this incipient confederation, citizens, workers and unemployed, common people, as Frank pointed out, found a way to get better working and conditions as could be higher wages, social security, healthcare, right to vote or leaves of absence. 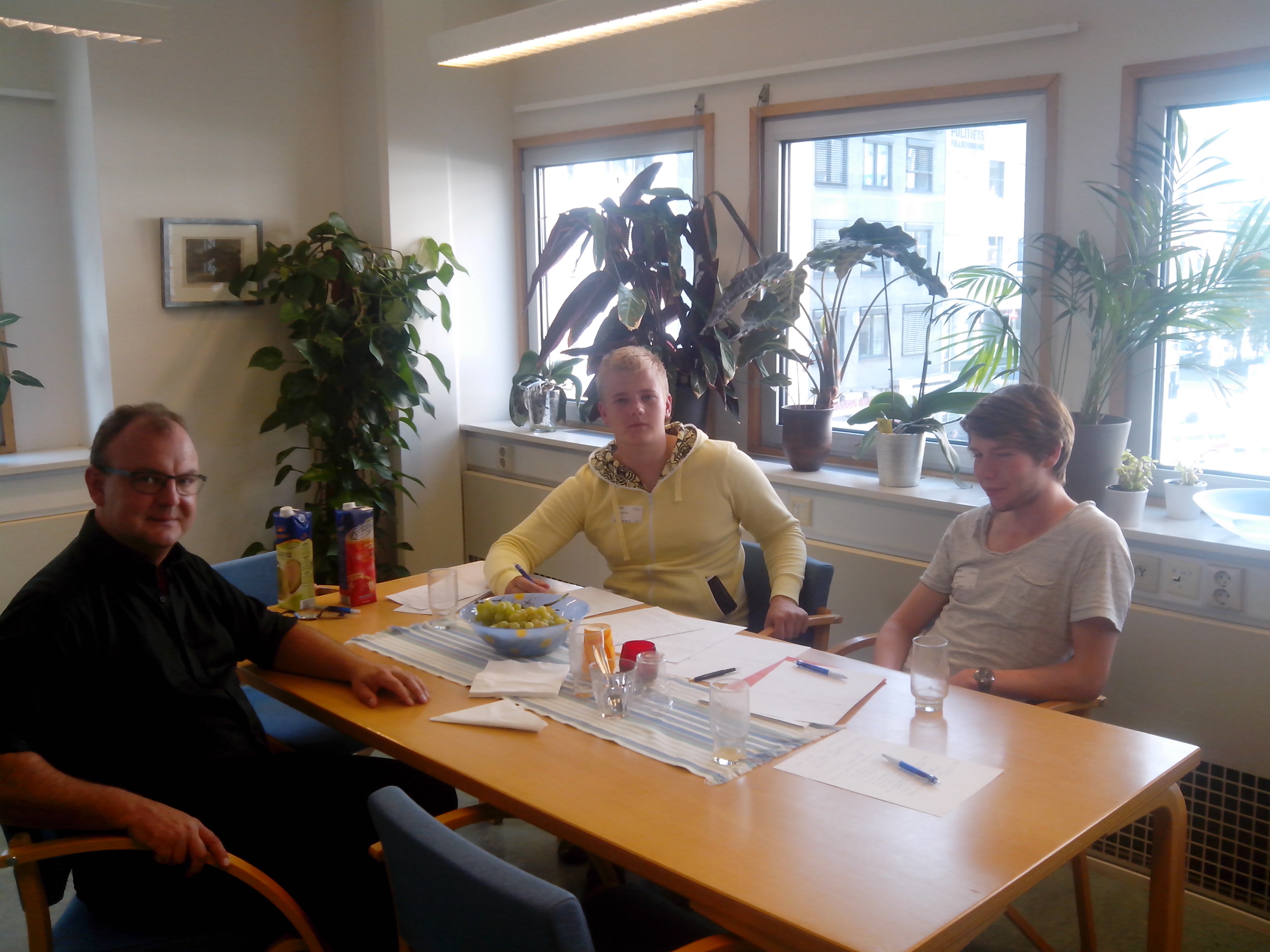 Of course, these important achievements in terms of democracy were obtained though many years of fight, so people demonstrated and went to strikes. Frank emphasizes LO’s importance for the Norwegian democracy: “It is a strong force to support and guarantee democracy”. It consists of 900.000 members and it is one of the most successful and influential labour union in Norway.

Written by Eustory-Blog
Here you can find reports from EUSTORY History Camps and other activities by young Europeans.
Share This Post
You May Also Like
Day 1: Exploring the dimensions of institutional work in Norway
28. August 2014
Trust works! Day 2 in Oslo
30. August 2014 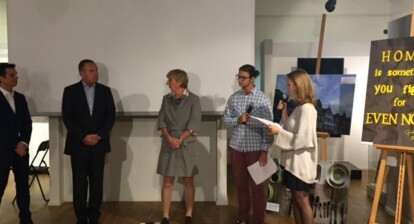