Before we started with the actual seminar, we had a Spanish breakfast and discovered some unknown jam – eggplant and tomato marmalade. Some of us thought it was strange to make marmalade of these, other who were braver even tried it. The surprising moment was when they actually tasted good. Strange but good.

After breakfast we assembled for an introduction – we were introduced and the preliminaries of the schedule were set. Afterwards we had to pretend that the week was already over. We told everyone what we learnt during this week and how we liked it.

Immediately after the introduction we started to work on our first project. The task was to find words that we link with stereotypes from A – Z. It was a nice way to start the seminar. After coming up with our solutions in a group we presented them to the whole group.

Our second group work focused on the historical picture we analyzed as the application task. We split up in groups and told each other about them; our main task was to find differences and similarities among them and represent them on a cake-like graphic. What followed was the presentation of the results to the whole group.

During our rather long siesta break after lunch some of us were brave enough to explore the surroundings of the Algaba. We went for a walk off-road and were rewarded with an amazing view of the mountains. On our hike back we crossed paths with horses and the bulls – none of them behind a fence. 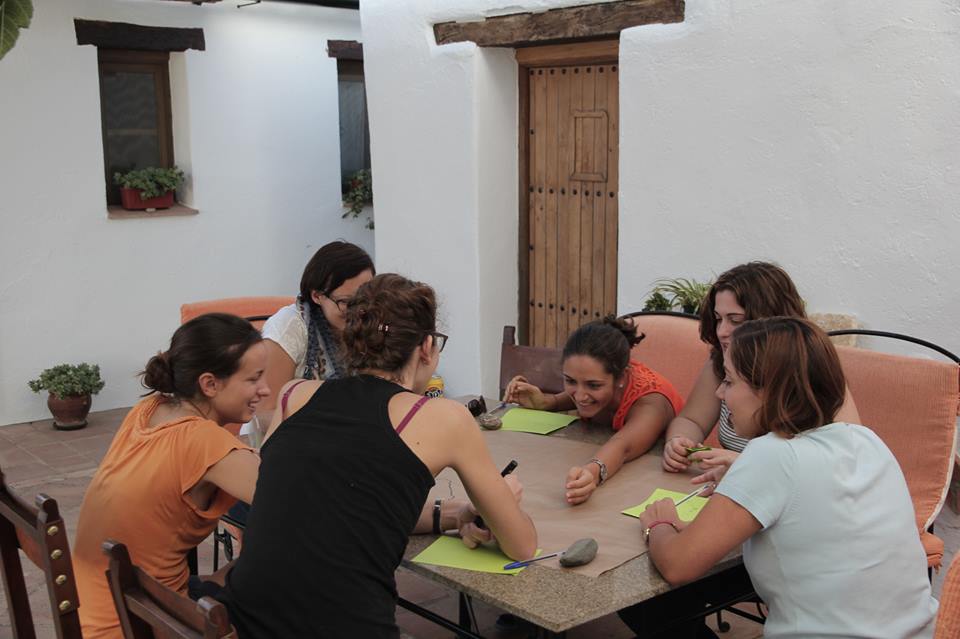 After siesta we assembled and got our new assignment. We were supposed to focus on our personal stereotypes and write them down. Afterwards we were divided into groups according to our geographical origin (South, East, West). We assembled all of our stereotypes into one word and one symbol which we drew on a map of Europe. After that we presented them and it was interesting to realize the different conceptions of each other and that the regions were coherent in their perception of the others. 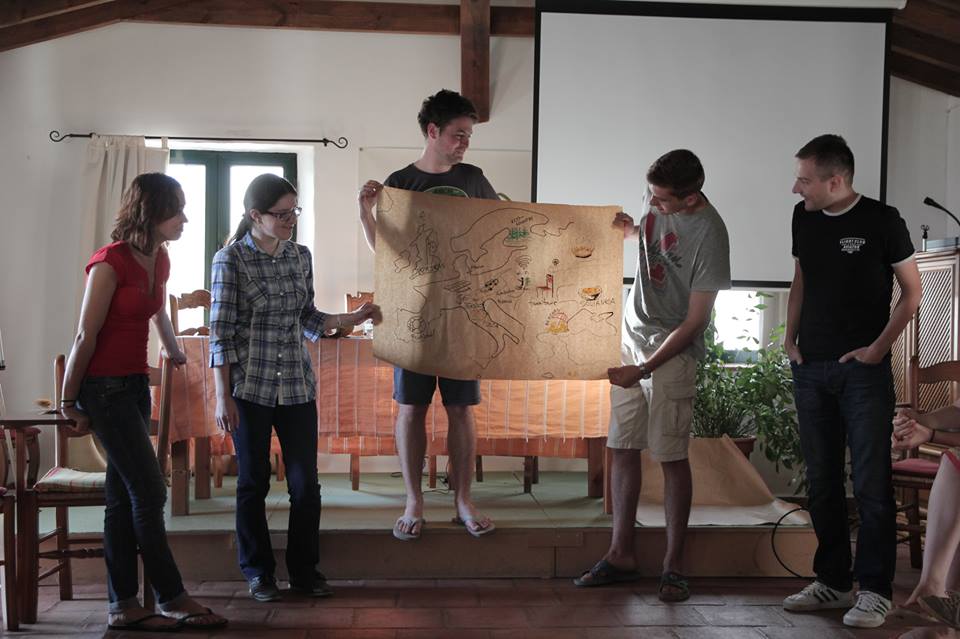 Before dinner, we prepared short scenes about “the other”.

When we got dinner at 9 p.m. we were really hungry. The menu was Russian Salad and some filled bread. It was very delicious.

After dinner we performed the sketches about “the other” which we had produced before.

Open-air cinema with problems. Originally we planned to see the movie “Carmen” but since the internet was too slow we were not able to screen it. A substitute was easily found, though, and we watched the movie “Land and Blood” which deals with the Spanish civil war. After watching the movie most of us went to bed and fell asleep instantly.

We are looking forward to the next day and we hope that it will be as nice as the past one.

Written by Eustory-Blog
Here you can find reports from EUSTORY History Camps and other activities by young Europeans.
Share This Post
You May Also Like
Day 5. Orientalism, Ronda and the final project!
30. September 2013 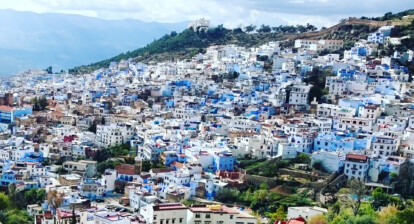