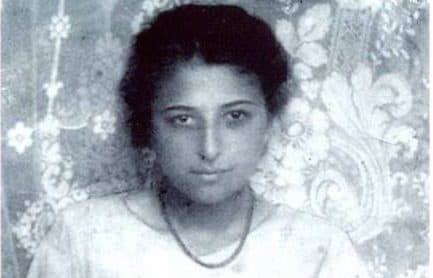 Written by Nato
Nato is a 20-year-old student of the faculty of International Relations at Tbilisi State University. She has been passionate about history and literature since her childhood, which is why she especially enjoys reading historical novels and writing articles - as well involving journalistic investigation.

How inspiring can the life of somebody who lived 100 years ago be for us now? Especially if it was a girl who already died at the age of 19? A girl that was defending the independence of her country, actively pursuing sports and engaging in social activism? Which role does gender play here? Nato from Georgia reflects on how Maro Makashvili – the first woman awarded with the Georgian Order of National Hero – affected her way of thinking.

Sitting in Tbilisi State University library in front of huge piles of study materials, lacking motivation, I suddenly remember the name of the woman after whom this library was named – Mariam Makashvili, called “Maro”.

“A Healthy Mind in a Healthy Body”

When I was young, I heard many inspiring tales of heroic acts and resistance in the name of freedom and peace. I was only eight years old when I first heard the story of Jeanne d’Arc, the heroine of France, which made me discover that defending your beloved country and changing history is not limited by your gender. A few years later, a female changemaker from my own country, Maro Makashvili, would become even more important to me. 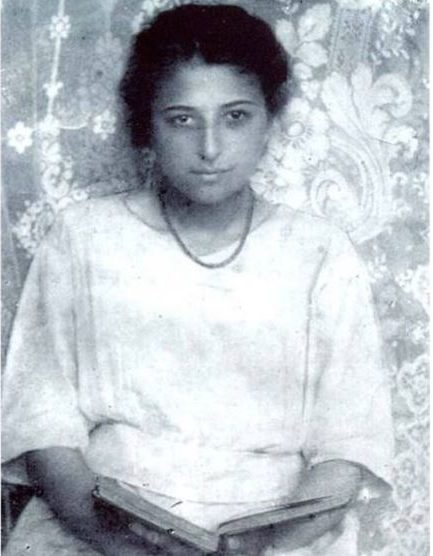 Born in 1902 as daughter of the Georgian poet Kote Makashvili, Maro grew up surrounded by famous writers. This might have influenced her not to be afraid of raising her voice, always standing by her beliefs. From the age of 16 she had been passionately writing a diary, expressing her thoughts regarding women’s rights, civic engagement and social activism. In 1990 it was published in the neswpaper “Komunisti”. Later it was printed as a book, which I read for the first time when I was eight years old.

“Woman is a powerless creature according to men. But it’s not true. I sometimes wish I was born as a man – life is easier for them. Yet mostly a female can be stronger than a male, but it cannot be easily noticed – woman is a slave of the lack of possibilities.”  Maro did not only write about gender relations in her diary, but was a member of the “Georgian Gymnastics Society Shevardeni”, thereby actively trying to prove that there is nothing wrong with women engaging in sports. Because of this, she became the victim of discrimination by the opponents of women’s sports, including one of her male friends: 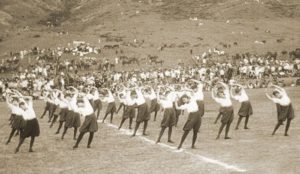 “Kosta keeps saying that doing sports does not suit females, but I claim that women cannot evolve in Georgia without engaging in activities.”

The fact that Maro faced discrimination even from her own friend did not make her lose the spirit and kept being loyal to her hobby. Her father, Kote Makashvili, supported her, addressing her opponents that no matter the gender, there is “a healthy mind in a healthy body.” Later in the diary, the reader learns that she has made up with Kosta, which proves that Maro was able to change the views of those around her. 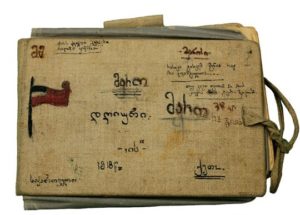 Maro’s Diary, Kept in the Literature Museum of Georgia.

“If I ever marry, I will never live on my husband’s income. I don’t think living at others’ expense is fair. I will work and have my own money.” Maro keeps expressing such stamina throughout the whole diary using it as a tool to form her own moral values right before putting the written idea into the practice. Although having less opportunities than men as well as living in a politically intense environment and time towards the end of the 1910s, Maro was trying to overcome the harsh reality by giving speeches about women’s rights, believing that raising awareness about the topic would inspire other girls to share her beliefs as well. At the school graduation ceremony in 1919, she made the speech concerning women’s role in society. “I made the presentation about “the Place of an Independent Woman in Independent Georgia”. My parents were so proud…”  Even though the audience suggested publishing her speech it is not known exactly what Maro said in it. Her diary does not include the information. However, due to Maro’s choice of the title of the speech, it is believed that she focused it on women’s role in Georgian politics and especially the fact that only 5 women were elected as the delegates of the first parliament of Georgia.

Maro was well aware of the necessity of proper education to achieve such purpose. While being down with the Spanish Flu, she was dreaming about studying in France, and felt disappointed finding out this was only a dream after waking up. She writes she would continue studying hard to make her dreams come true – “I have to successfully graduate from the 8th grade in order to continue studying at university”. In 1919, she managed to enroll in the faculty of Philosophy in Tbilisi State University.

In 1920, at the age of 19, when Maro was in her second year at university, the Red Army invaded in Tbilisi. Maro decided to enroll in Red Cross Georgia as a relief sister despite her parents begging her not to do so. After all, it was her promoting the independence of woman in the independent country. Turning back to her own words would be a betrayal of her own principles. Although joining Red Cross was not a hard procedure – extra hands were welcome – the fact that a 19 year old girl found enough bravery to do so leaves me surprised. Later that day she even wrote to her parents, “Everyone is so grateful to me. I think volunteering in Red Cross is my thing”.

On February 17th, 1921, she left for the battlefield Kojori with the sanitary army in order to assist the injured and fight side by side with her people. After two days, while performing her duty, a shell bomb exploded next to her, its splinters hitting her head. The exact spot of her grave is currently unknown as a result of Bolshevik attempts to hide the traces of those who fought against their regime.

“Shattering the chains to claim independence requires a very large amount of energy. Freedom is not that easy to be gained”, says one extract from Maro’s diary.

Because of her bravery, Maro became the first woman who was awarded with the Georgian Order of National Hero in 2015.

I find it quite symbolic – at the age of 20 I am writing about a woman who was almost my age about 100 years ago. Maro’s story is taught at Georgian schools now because she is inspiring future female generations for fighting against gender inequality.

I learnt about her during my time at school as well. I witnessed not only girls, but also boys being surprised by her strong spirit and the ability of straightforwardly following her life path. Besides me, I have seen girls around me whose blood boiled with eagerness to achieve what Maro was unable to put into practice because of early death. I feel her diary has become some type of legacy for girls, as if by writing about women’s rights with such dedication, Maro made it our responsibility to try overcoming the obstacles we face during everyday life. Sadly, even today, Georgian girls face the outlook that women’s role in the society only includes being a good housewife. Maro’s story not only made me realize once more that gender does not really matter when it comes to defending strong beliefs and the independence of one’s country, but also strengthened my own self-awareness. Her image boosted my self-confidence and helped me to do my best at gaining better education. She became the motivation for me to become a student of TSU with a full scholarship – studying at the university Maro once attended makes my bonds with her even stronger.

I occasionally reread her diary when I feel like I need inspiration to keep on going, as if she urges me to never give up and pursue the ideals which I believe in – hope, freedom and justice. The fact that she did not write about typical girly lifestyle, that she put a small replica of the flag of the Democratic Republic of Georgia on the cover, confirms that Maro was quite an extraordinary girl.

Even now, she is changing my life for better, making me write down her story for an international audience and continue studying hard for the sake of a brighter future. She inspires future generations of women craving to become next female changemakers.

Written by Nato
Nato is a 20-year-old student of the faculty of International Relations at Tbilisi State University. She has been passionate about history and literature since her childhood, which is why she especially enjoys reading historical novels and writing articles - as well involving journalistic investigation.
Tags: Feminism, Georgia, Identity, Women
Share This Post
You May Also Like 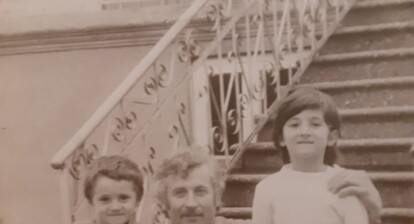 25 Days Till the Land Border
10. December 2020
Previous Article#LivingParma: How I Entered the Home of Every BaristaNext ArticleIf the Crisis or War Comes: Swedish Defense in the New Millennium
1 Comment