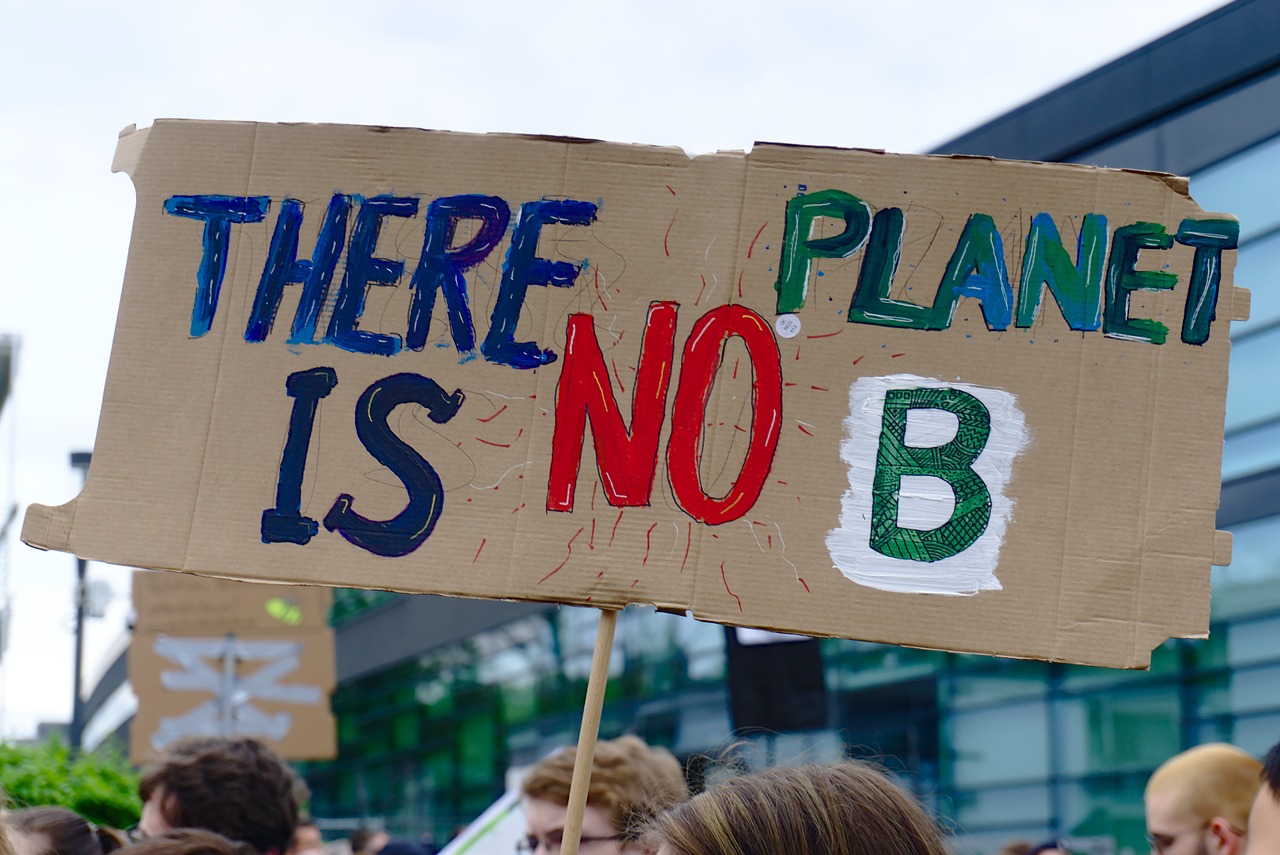 “Fridays for future” have become part of students’ weekly routine in some Western European countries. Collins Dictionary even crowned “climate strike” word of the year 2019. In South-Eastern Europe, however, this trend does not look exactly the same. Our authors Kyriakos (Greece), Simona (Romania), and Liliana (Bulgaria) share insights into the debates on climate and global warming in their home countries. This week we’re off to Bulgaria’s capital Sofia to hear from Liliana!

“My observation is that locals would harness more energy to protest against someone than in the name of something.“ – Liliana

Historically speaking, the inhabitants of our lands did not seem to be particularly rebellious. In the spirit of the Ottoman division of labor, Christians in general were not allowed to bear arms, as a consequence they developed peaceableness and diligence. In 19th century, no more than a few hundred people participated with weapons in hand in the April uprising, which later became known as a “national revolution”. The same applies to the dissidents who dared to stand openly against the – General Secretary of the Bulgarian Communist Party up to 1989. Some might call it obedience, others excessive cautiousness. In Bulgaria’s capital Sofia protests didn’t follow even the unreasonable raise of the public transport ticket price by 60%, which was declared unconstitutional by the Constitutional Court back in 2016. In this sense, we are closer to the pacifism of Iceland than to the easily excitable population of France and Greece. In the rare occasions when we are protesting, like in the current moment, the demands are political – against the PM and the Chief Prosecutor.

Even the minority of active citizens is not active enough. In most cases, people are ready for a one-time action such as donation or signing an online petition, which doesn’t require neither lifting a finger from the phone, nor direct human interaction. These efforts are very far from the kind of activities capable to change the environment such as volunteering, in which only 8% of Bulgarians are engaged in, or activism. While researching the commitment of Bulgarians to volunteering, I came across the lack of a legal definition of this term. There’s also not a single register for volunteers who are currently volunteering or who have done so.

Even if the population becomes more active, ecology is still not a priority for the upper echelons of power. Well-known climate change deniers are being appointed eco ministers. One example is the ex-minister Neno Dimov who used to be the leading political support for the destruction of protected land. In the meantime, Bulgaria’s energy minister Temenuzhka Petkova is of the opinion that the country should depend on coal for 30 more years. 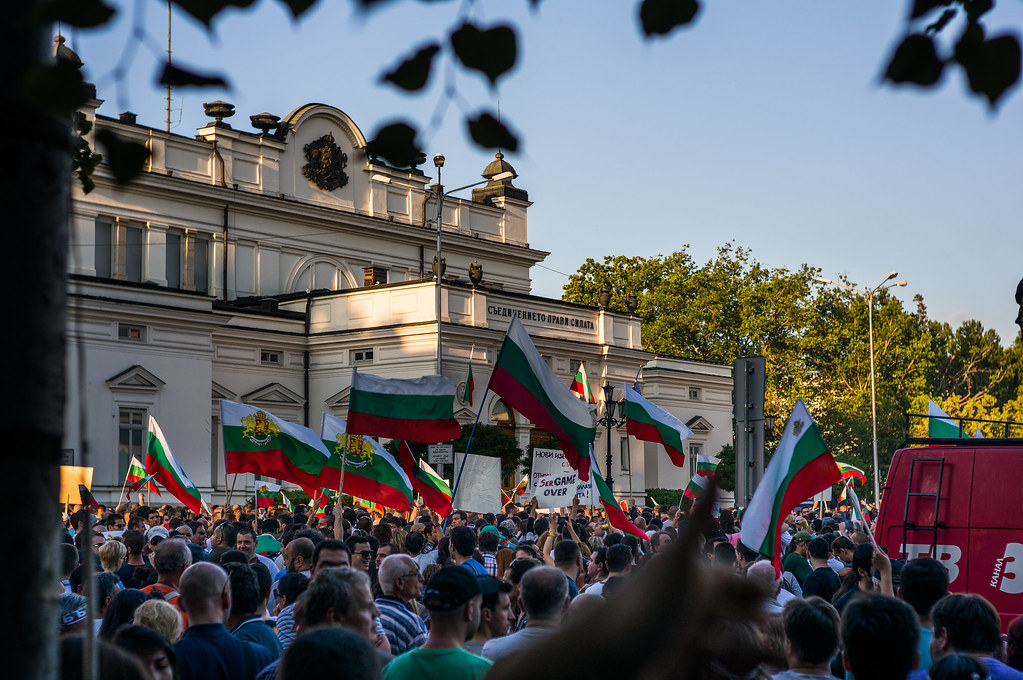 My observation is that locals would harness more energy to protest against someone than in the name of something. In the recent years, two governments have been overthrown as a result of mass rebellions. Implicitly these same protests are not entirely „negative“ – they are in favor of a more qualified governance, a better life and decent future.

People claim to be on the streets as a result of having a „bad life“. This internal resentment, however, is not only dependent on incompetent rulers, but also on quality of life – something hardly anyone protests about. Climate change has an undeniable impact on many factors that add up to our life standard – the food we consume, the environmental conditions, our health. The same dirty fossil fuel emissions that contribute to the greenhouse effect lead to respiratory diseases.

Greta’s speeches and overall activity are properly covered in the media. The question is whether she is taken seriously. Bulgarians’ reaction can be summarized by quoting some of the comments under a Youtube video dedicated to her –

„Why should I care? Bulgarians die from hunger, politicians-thieves, gypsy thieves. If Greta was living in Bulgaria, I’d like to see whether it will be the climate or the poverty to kill her. I bet she has the trendiest mobile phone and laptop while preaching about climate.“

„You have stolen her childhood?! What should the children in Afghanistan, Iraq, Syria and Yemen say, where is their childhood? We have forgotten about hunger, economic inequality, the lack of freedom of speech, about the problems in education and healthcare (…) How is a girl who does NOT attend school aware of climatic processes, astronomical and physical phenomena? How does she substantiate the claims she supports? Who pays for this girl’s entire PR campaign, who exploits the benefits of such a performance? This is an unacceptable attack on the personality of this child and the perpetrators must be punished!“

„Her childhood was stolen? What about the minors who are forced to work, who are victims of trafficking or suffer from malnutrition? Surely someone who is well off helps her travel around.“

In New York, more than one million students are allowed to skip their classes at school and join the strike. There are no such incentives here. However, if we were truly dedicated to the cause, the lack of official permission wouldn’t have been a barrier. Germany sets an example in this regard – while some education officials have criticised participants for skipping school and threatened them with exclusion, that didn’t stop thousands of protesters to march through the cities.

Time and again, history has proven that where there is a will, there is a way. While large crowds and creative placards became one of the defining images of 2019, activists had to change their tactics in 2020. Holding mass video calls and posting photos with hashtags are the symbols of online activism in times of the ongoing pandemic. While it lowers the risks and costs, in also ensures the continuation of youth engagement in the post-COVID era as the movement is not losing momentum. However, a prerequisite for not losing it is having it in the first place, which is not the case for Bulgaria.

Written by Liliana
Liliana is a Bulgarian who recently obtained her Master's in European integration and diplomacy of the European Union. Passionate about travelling, photography and discovering the hidden gems of Europe, she has been part of the Editors' team since 2020.
Tags: Bulgaria, Climate Change, Fridays For Future
Share This Post
You May Also Like
The Rose of Sofia
17. October 2010