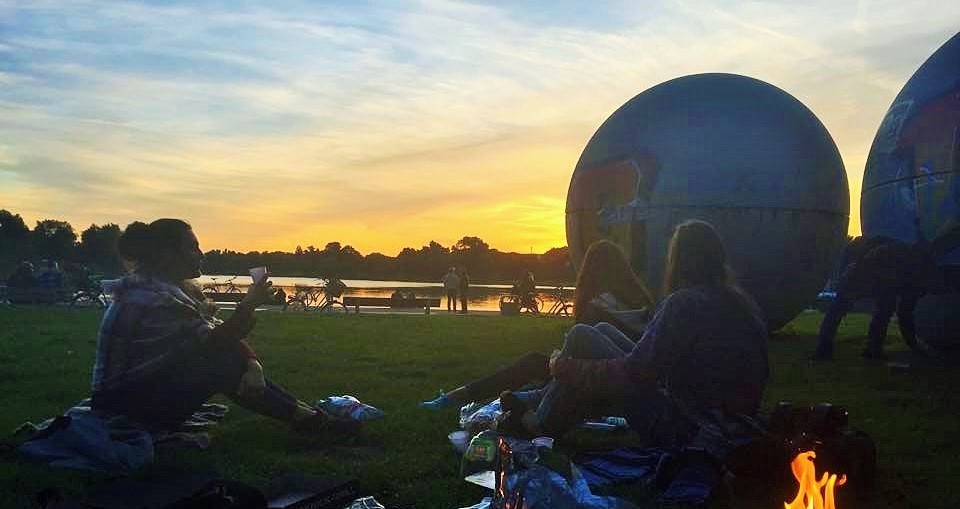 A student's dream: Barbeque at the Aasee. (Photo: Private)

For young people across Europe the ERASMUS+ Programme is the chance to experience other Europeans countries first hand. Camilla, a law student from Italy, thinks this is one of the EU’s greatest achievements. Back from two years studying in Germany, she reflects on the opportunities and challenges of her stay in Germany, about her discovery of another culture, about #livingMünster.

“The generation of EU citizens”; this is something I hear very often about people born after 1990. I theoretically knew that it describes the irreplaceable luck of being “free to move”, to study, live and work in other countries far away from our hometowns, something most of our parents could not even dream of. But I never really realized how brilliant this gift was until I decided to actually live in another country myself.

I always had an affinity for Germany, with its language, history and philosophy and already had some very close German friends. A passion for Kant, Nietzsche and Die Brücke’s paintings pushed me to Goethe’s homeland. I finally chose the small city of Münster, which I knew from History books (the famous Westphalia Peace was signed there), but had no further clue of how it would be like. Once I enrolled in an Italian-German double degree program and found a flat, this city was to become my second home for the following two years. 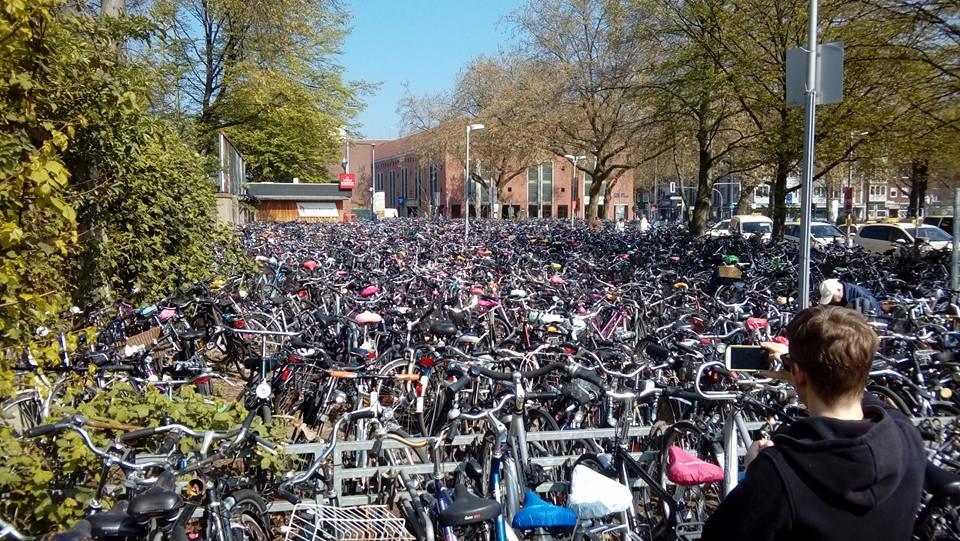 This is how beeing a “bicyle-capital” looks like. (Photo: Private)

The first weeks in September and October were inspired by my thrill of discovering every aspect of the new lifestyle and culture I was approaching. Coming from Turin, a big city full of traffic, I was very surprised to find out that my new hometown was the so-called German capital of bikes. The bike tracks were separated from pedestrian and car lanes, with even special traffic lamps and street signs. That made me enthusiastic: I had moved to a place where nearly everything was at cycling/walking distance, green areas were predominant on cars’ roads and bunnies jumped around flowerbeds. The whole thing was very new to me, as I was used to move around mostly by public transport.

But my new life in Münster meant also the first time living on my own. Sharing a flat with Germans made me learn about some interesting habits, like settling a Putzplan (planning which person is cleaning which room on which day) and wearing the Hausschuhe (different shoes you only wear inside). Of these shoes, you are not buying just your own but also providing an extra pair for visitors. 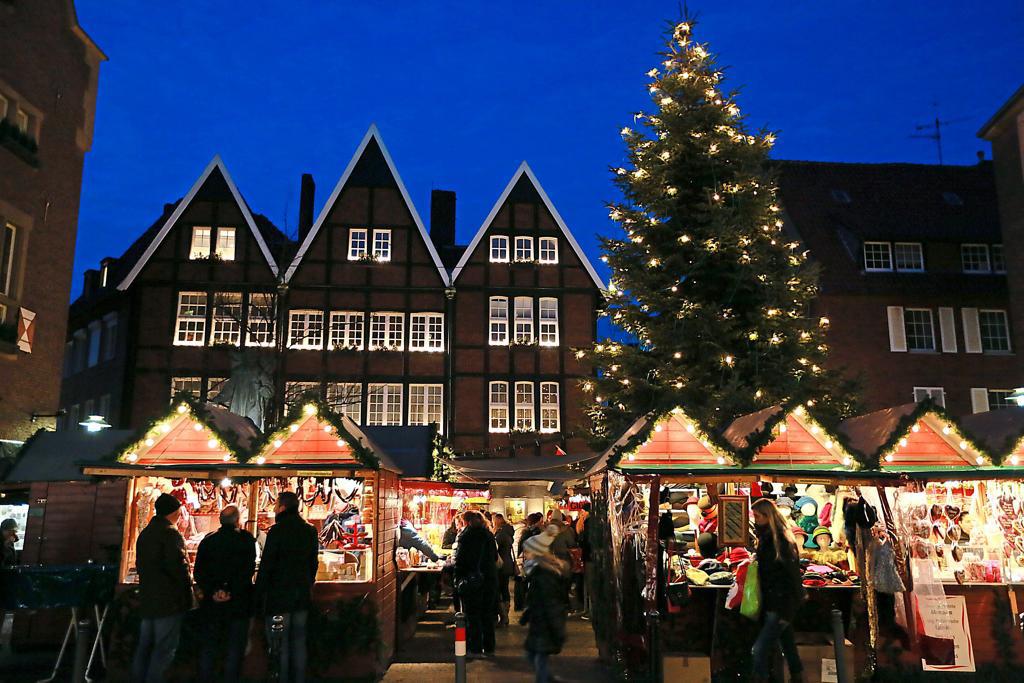 Apart from my flat-mates, the first people I met were internationals like me, but the cosmopolitan and inclusive atmosphere in Münster soon brought me some German friends, whom I met at class and joining sport groups. When the days got shorter and colder, I experienced new traditions like the Christmas markets that are not emphasized that much in Italy. I found out eating a Flammkuchen (an interesting alternative to pizza, but thinner and crunchier) and drinking Glühwein (a hot sweet wine enriched with several spices, especially cinnamon) almost every day after classes was much more fun than I could imagine. From April onwards I discovered that a day off in spring/summertime in Germany means barbecuing, often accompanied by playing Buitenspeel (a team game consisting of throwing metal rings on wooden posts planted in the ground).

Working in class and solving cases

I also experienced a different university system. Coming from Italy, I was used to frontal lectures with not much interaction and conceived studying mostly as an individual activity. I was surprised to find a different approach, with professors often asking for students’ opinions in class, a less theoretical way of learning law and smaller studying groups organized by the university in the afternoon. This gave me new instruments to reason and study differently, helping me to put what I was learning into practice and solving actual cases appeared in front of several courts.

In the middle of Europe 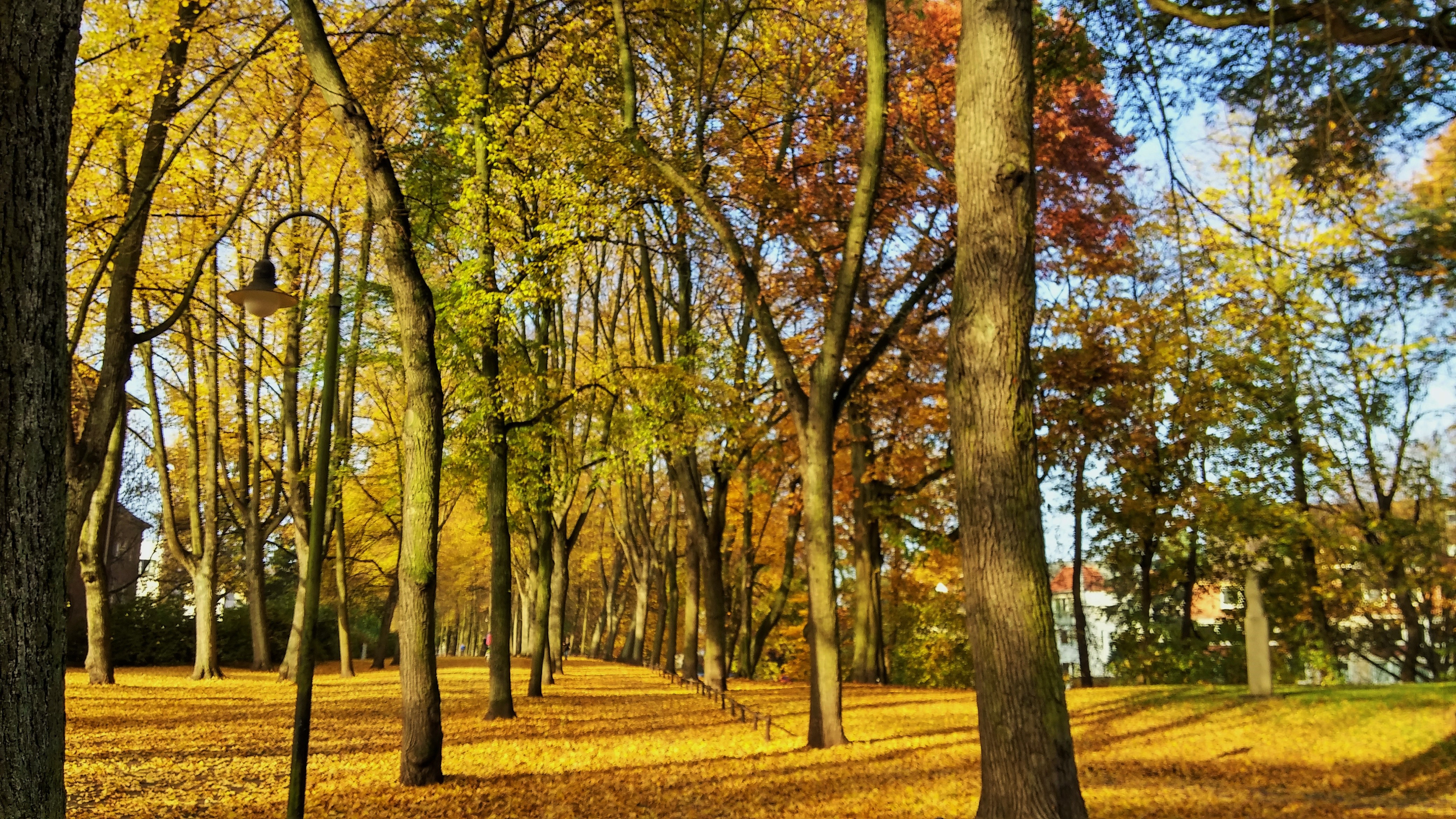 The “Promenade” in autumn. (Photo: Private)

Another thumb up for my two years in Germany: the easy way you can reach almost any place in Europe. Coming from a southern country, this was new and thrilling to me. It was great to find out how fast I could get to Paris, Amsterdam or Warsaw by bus, with trip mates as well as by myself. This way, I got the chance to explore many places in Germany and beyond and even travel to the Balkans with a direct bus. This latter trip was an unexpected chance, as I could get to Sarajevo with a low cost ticket and without changes, something I never found from Italy.

My experience in Germany was sometimes challenging, but I definitely brought a lot of human and academic enrichment back with me. It helped me to realize once again what a big treasure Europe with its cultural diversity is, and how lucky we are to be part of the Erasmus generation and breathe it whole.

In the winter, definitely the Fyal, a very hipster and cozy bar in the old town. At summertime, any park with grilling space, especially the one around the Aasee or Südpark.

The Promenade, a cycling track covered in trees that surrounds the old town. It can be used to move around, go jogging or chasing after bunnies nearby (for dogs especially). And the colors during the fall are beautiful.

Probably the bureaucracy, which resulted more complicated than what I expected. I’d suggest to find out as soon as possible which documents are required for your activity in Germany and to look for locals who could help with that. Usually universities have people appointed to help international students with such issues.

Written by Camilla
Camilla (born 1993) is a student from Turin, Italy. Her interests include European History, German language and culture and backpack travelling. But everybody knows her for her unconditioned love for Thai food and energetic coffees.
Tags: Erasmus, Europe, Germany
Share This Post
You May Also Like 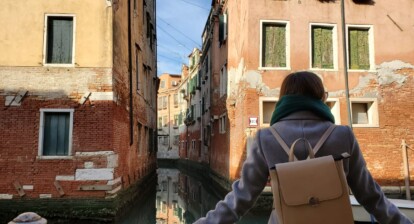 #LivingParma: How I Entered the Home of Every Barista
1. May 2020 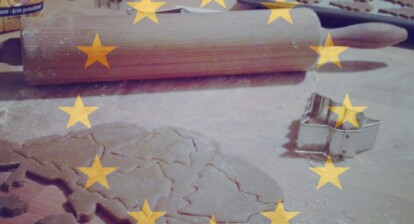 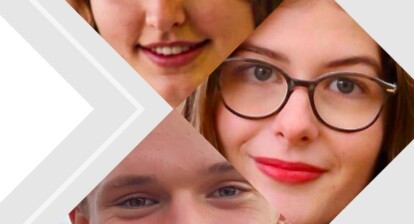 A Rucksack Full of Independent Decisions – Exchange Students and the COVID Crisis
14. December 2020
Previous ArticleChurches in Germany: From Absence to Presence?Next Article20 Years After Bombing of Serbia: A Void in Architecture and in Our Minds