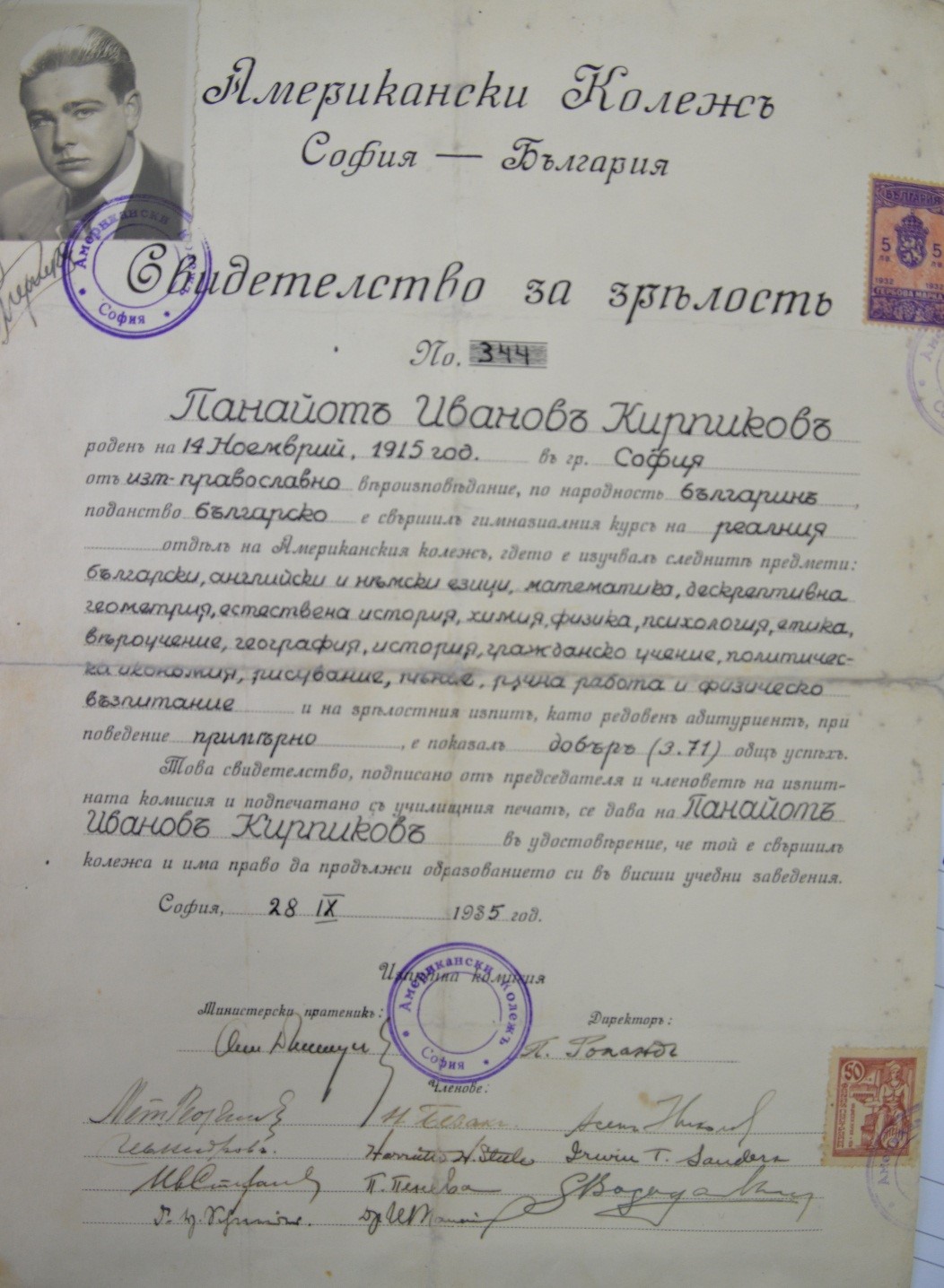 The diploma of Panayot Kirpikov. It says he is not a citizen but a national, as typical for a monarchy, which Bulgaria was from 1878-1944 (Photo: Private).

Written by Decho
Decho is studying International Business Administration at the University of Vienna and his main interests are in the field of economics, law, history and geopolitics. But of course, he would never refuse a good time with friends and water polo and aikido are his great passions.

History is based on research by historians and experts in the area; some even dig for years to find their sources. In some cases, the sources just come to the scholars of history, as Decho from Bulgaria describes in his text.

One evening, when I was thirteen and studying for my seventh grade exams, my mother came to me and gave me the diploma that my great-grandfather Panayot Kirpikov received in 1935 from the American College of Sofia. This diploma was part of a collection of old family photos that my mother used to look at frequently.

I was shown some other photos of Panayot as well, but the diploma was what impressed me, the 13-year-old teenager, the most. It was obviously old, the paper was yellow, but to my astonishment, it had been preserved well enough so I could read everything on it. At the beginning I could not believe that this really had belonged to my great-grandfather! He fought in the Second World War, studied complicated subjects like descriptive geometry at school and knew at least four foreign languages – Russian, German, English and Turkish. What is more, he distinguished himself by his kindness – during the war, he saw deserters stealing provisions, but he spared them instead of bringing them to trial. But in 1947 he was brutally beaten to death by followers of the Bulgarian Communist Party, since he was part of the so-called Tsarist intelligentsia which was persecuted and executed by the Regime after the take-over in 1944 (on top of that, the murderers presented it as an ordinary bar fight). Rumours even say that he was murdered by the same deserters whom he spared during the war.

I was excited by the fact that for the first time ever I was holding a real historical source in my hands, giving me first-hand information about an educated young man from my family. After the Balkan Wars and the First World War, Bulgaria really needed qualified and educated people. The American College of Sofia was one of the best educational institutions for its time. It was expensive, not easily accessible and only for students whose parents really appreciated education – just like Panayot’s father Ivan, my great-great-grandfather. He was a hero from the Battle of Kaymakchalan during the First World War. In 1920 he was promoted to a colonel and later elected as an MP during the period 1927-1931. After that, he sold all his property in Sofia and moved to a small village in the South of the country where he owned an estate with a farm.

However, my grandfather’s diploma not only resembles my family identity, it was one of my main sources for my first history competition’s research on “Family stories from the times of the Communist regime”. Finding this diploma inspired me to do more research on my family history, to see where I come from and what talents and drawbacks I may have inherited from my ancestors. This sheet of paper came at a time when my personality was developing, so I got a push into the right direction. Examining the diploma and learning about Panayot’s and his father’s past, I got excited and soon developed an admiration for my ancestors. In the end, I was passionate about history, genuinely interested in the military as a whole and curious about studying languages. In a nutshell, the diploma made me the person I am today.

Written by Decho
Decho is studying International Business Administration at the University of Vienna and his main interests are in the field of economics, law, history and geopolitics. But of course, he would never refuse a good time with friends and water polo and aikido are his great passions.
Tags: Family History, Memory Suitcase
Share This Post
You May Also Like
From childhood tales to a historical research work
3. February 2014 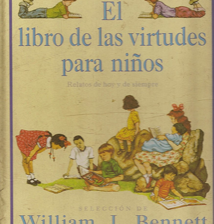 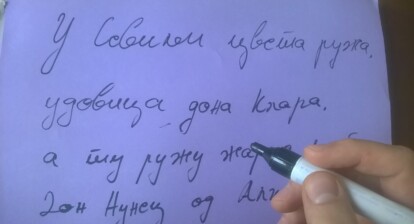