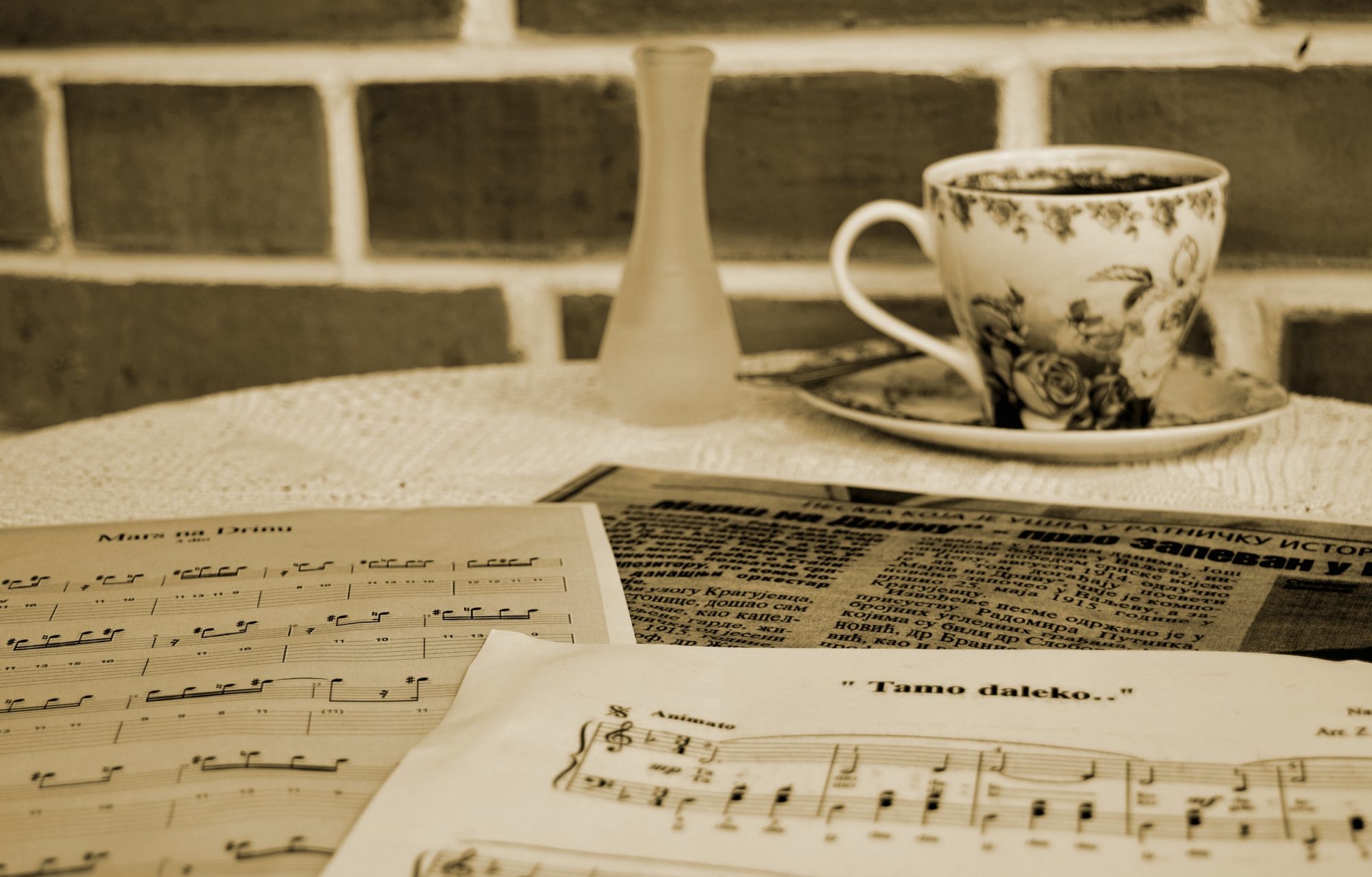 “Music unites people of different cultural backgrounds” is a phrase that one can often hear in speeches. Yes, music connects people. It can enrich a person and provide confidence, motivation and a sense of belonging. But what happens if you combine songs, collective memory and national identity? Milena from Serbia describes how the question about patriotism and music can lit up a burning discussion.

A while ago I found myself in a traditional Serbian celebration called “Slava”. It’s an orthodox Serbian tradition when people are celebrating a saint, “patron of their family”. I was in a company of nine or ten persons aged from 28 to 40. Usually at these gatherings people will start commenting music, movies, current politics and everyday life. Later in the evening, after a generous meal and a few shots of Šljivovic, it can evolve into heated discussion about history, wars, “us and them” and similar. I was inspired by the documentary I saw recently, so I embraced the opportunity to start a discussion, and do a little research.

I asked everybody: “If you could represent your national (Serbian) identity with one song, which song would it be?” And I followed with: “Would you choose the same song to play to a foreigner as to a typical Serbian one?” It seemed that I hit the spot. The discussion heated up. People started giving suggestions of possible songs. The top answers were two traditional songs  “There, Far away” followed by  “March on the Drina “. Nobody mentioned the current national anthem. Instead, an intense debate about history and heritage started.

(The copyright of the composition performance belongs to Symphony Orchestra RTS. Video shared with the permission of DjukiNew57 YouTube channel)

Historical background of the songs

To understand how these songs can provoke a debate you have to take a brief look into their historical origin. Both songs originated in First World War. “There, far away” was composed in 1916 on the Greek island of Corfu. It commemorates the retreat of the Serbian Army through Albania and revolves around the theme of sorrow and longing for a distant homeland. “March to the Drina” is a Serbian patriotic march composed by Stanislav Binicki shortly after the Battle of Cer in 1914. It commemorates the Serbian victory and is dedicated to the composers‘ favorite commander in the army who fought at the battle.

The historical evolution of these two songs is similar. They were used and misused with the shift of ideologies in Serbian society. “There, far away” was banned in socialistic Yugoslavia. The ruling powers believed that it evokes the resurgence of Serbian national feeling. But that did not affect peoples‘ fondness towards the song and it became a powerful symbol of Serbian culture. Serbian Diaspora even considered it as a form of national anthem. The performance of the song at Nikola Tesla funeral in NY, according to his last wish, confirms its` popularity. “March to the Drina” became popular during and after Second World War. Seen as a symbol of Serbian resistance to the Great Powers, it became one of the most famous patriotic songs. There were even attempts to appoint it as the national anthem. Officials dismissed the idea because it was too “provocative” as a military march.

Politicians used both songs for propaganda during nineties. Therefore, the songs got a political dimension and instead of symbols of love for the homeland, for some they became symbols of war and devastation. However, in their origin there was no intention to promote violence or hatred for another nation, neither by melody nor by verse.

“March to the Drina” was performed at the General Assembly of UN 2013. It caused the uproot of Bosniak organizations demanding current president of UN Assembly Vuk Jeremic to resign. Someone remembered this event while discussing patriotic songs on Slava. The argument began immediately.

– “Who are THEY to tell US that we should be ashamed of our legacy? What about THEIR songs?

– “But we also did bad things! The fact IS that songs were sung on the battlefields in the nineties.”

Another person claimed that the song “There, Far Away” is actually of Turkish origin and that we stole it from them. As anyone with a hint of knowledge about Balkan mentality could assume, the discussion hit the roof. “They took it from us!” and other less gentle neighborly accusations started. From there it just evolved into “us and them” on a historical level. Somewhere in the middle of the favorite Serbian topic about communists and royalists I realized it’s time to head home. I had no ulterior motive with this question about a song, other than to explore identity in terms of music. It turns out that these types of questions can cause flood of fierce opinions.

Patriotism and Youth today: Did something change?

I asked the same question to few youngsters, between 17 and 21 years old. Surprisingly for them, the national anthem “Boze Pravde” (God of Justice) represented Serbian identity. Mentioning the two previously discussed patriotic songs I did not get strong opinions. They knew about them for sure, but had very little knowledge about their origin or historical (mis)use. I wondered why younger people do not identify as much with those songs. Is it because they did not witness wars and ideology changes during the nineties as my generation? The older generation had to switch from long term communistic anthem ” Hej Sloveni (Hey Slavs) to “Boze Pravde” at the beginning of 2000. They had to change passports of three states in a period of 15 years, due to the breakup of Yugoslavia and later the Federation of Serbia and Montenegro.

The new anthem “Boze Pravde” is not so new as well. It was the anthem of the Kingdom of Serbs, Croats and Slovenes after First World War. The current modern anthem uses slightly modified original lyrics, asserting that Serbia is no longer a monarchy. Verses that mentioned “kingdom” and “king” are modified to “people” and “land”. This brings us back to the “Slava” event and everlasting discussion about royalist and communist.

Among youngsters there is no such doubt about the anthem. They grew up in one republic, listening one anthem and it is understandable that the majority identifies with it. But they know little about the historical origin of patriotic songs and propaganda misuse. If you browse any social network like Facebook or YouTube, you can find discussions among younger people on patriotic matters. They are ready to jump into an argument with any other commentator of different nationality. The aim is to “prove” patriotism though they do not have their facts straight. As in the lyrics in March on the Drina, “to battle, go forth you heroes”, Balkan youngsters are ready to defend “national pride” and songs online. Whether they would be willing to prove that determination if there ever is a call “to die for a country” again, remains open.

In conclusion, Adelina Peeva, author of the documentary that inspired this article, said: “When I first started searching for the song I thought it would unite us… I never believed the sparks of hatred can be lit so easily”. In the Balkan area, that once shared a common past and still shares many common cultural elements but refuses to accept it, struggle for national identity is strong. Songs still seem to have the power to divide us.

This article was recently published in German translation on
our partner’s blog treffpunkteuropa.de. You can take a look at it here.

Written by Milena
Milena (1987) is a Eustorian from Serbia studying sociology. But her main interests are family history, ethnology, social interaction, and places where people gather like traditional pubs with historical background. She plans to travel a bit more and perfect the skill of traditional pastry making. She hopes to work for UNICEF one day.
Tags: Anthem, Heritage, Identity, Music, Patriotism, Serbia, Song, Tradition
Share This Post
You May Also Like 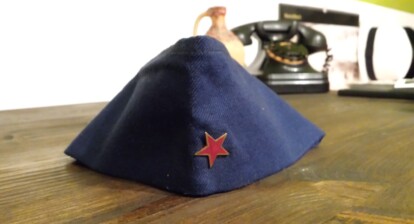 Divide and Rule
1. April 2016
Previous ArticleLicensed Women: Ernestina Macchia Prola and the Right to Drive.Next ArticleAm I of the West?