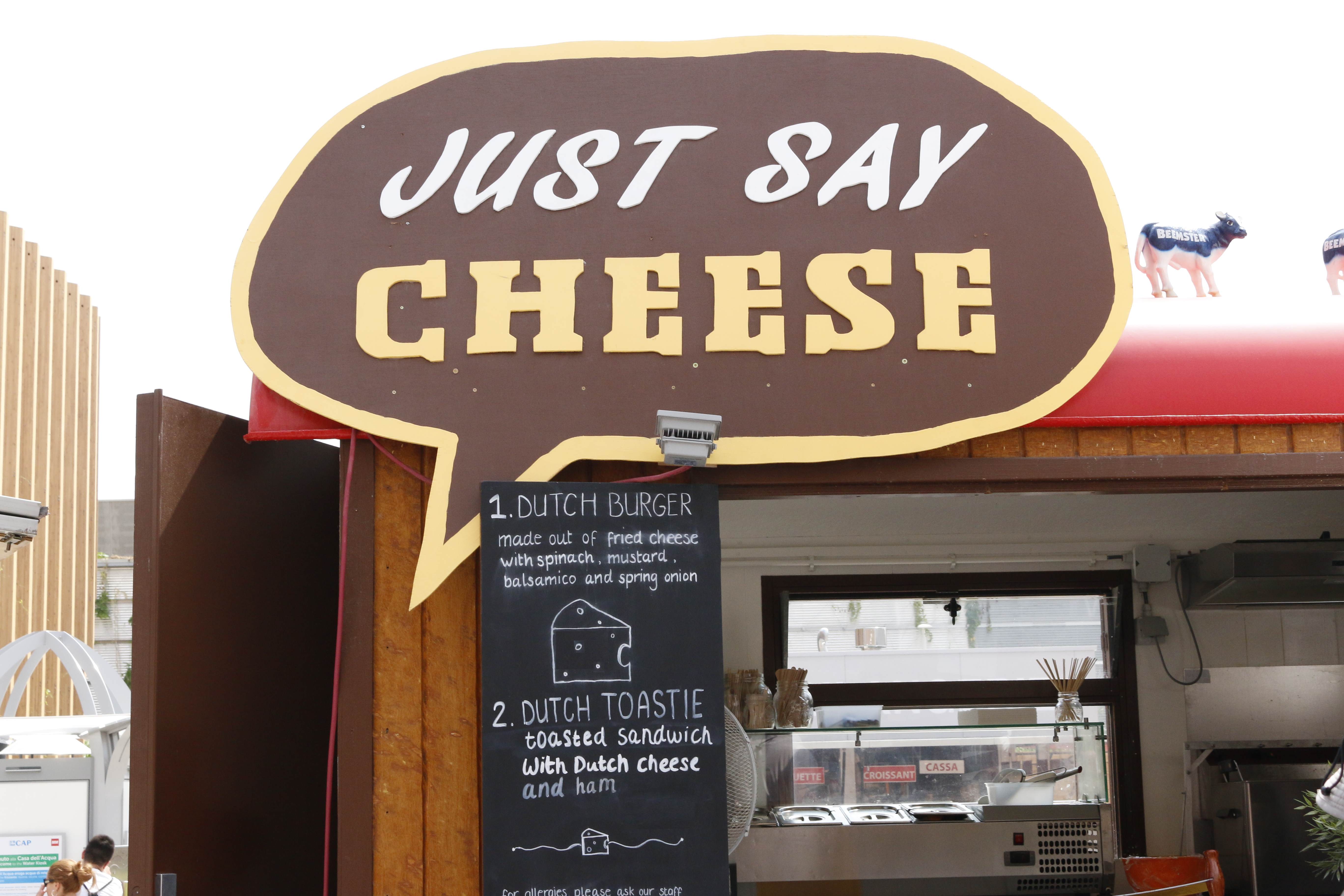 Written by Pietro Tarozzo
Pietro was born in 1995 in Italy, he is now studying Architecture at the Polytechnic of Turin. Always on the move, he loves music and sports, especially mountain activities. He is interested in military history (particularly that of the twentieth century) and dreams of climbing Mont Blanc

The EXPO in Milan wanted to offer solutions, how to feed the planet and have energy for life. Gregor Christiansmeyer visited the fair. Besides being impressed by architecture and atmosphere of the World Fair, he wonders whether it lived up to its own objectives.

‘Feeding the Planet, Energy for Life. That is an ambitious motto’, I thought before entering the World’s Fair in Milan  in August with four other Eustorians . My expectations were high. After all, the slogan was very topical, as the Sustainable Development Goals were just to be ratified by the United Nations in September this year. I was looking forward to see what social, technical and political discussions and possible solutions according to their regional struggles the participating countries had to present.

When I entered the enormous fair trade, I was impressed from the very first moment. The architecture of the pavilions was amazing, the atmosphere exiting: Sun shining on extremely diverse buildings, the huge, shadowed main road filled by people from all over the world. These people around me must have had an equal impression. Unfortunately I had to find out, that the positive surprises would end here … Serious discussions about how to solve the world’s nourishment problems – just wishful thinking?

Many countries did not seem to be very dedicated to the topic of ‘Feeding the Planet’. Instead, the Netherlands focused on offering expensive, national foods. In the US-Pavilion you had to take an escalator which would end in front of a huge screen, showing Barack Obama giving a speech  on food security as the only ‘contribution’ and Slovenia – although nice on the outside – seemed to be more interested in feeding its tourist busses than the hunger of the world: Every visitor who got an ‘I feel sLOVEinia’ sticker, would get a personal travel advice session and could participate in a voyage-lottery. I have to admit; I participated in it myself …

So the overall picture drawn by the pavilions was not exactly flattering for the world’s society: just cute tourism-marketing and some regional food. ‘Is that a constructive contribution to the question of feeding the planet?’, I wondered. 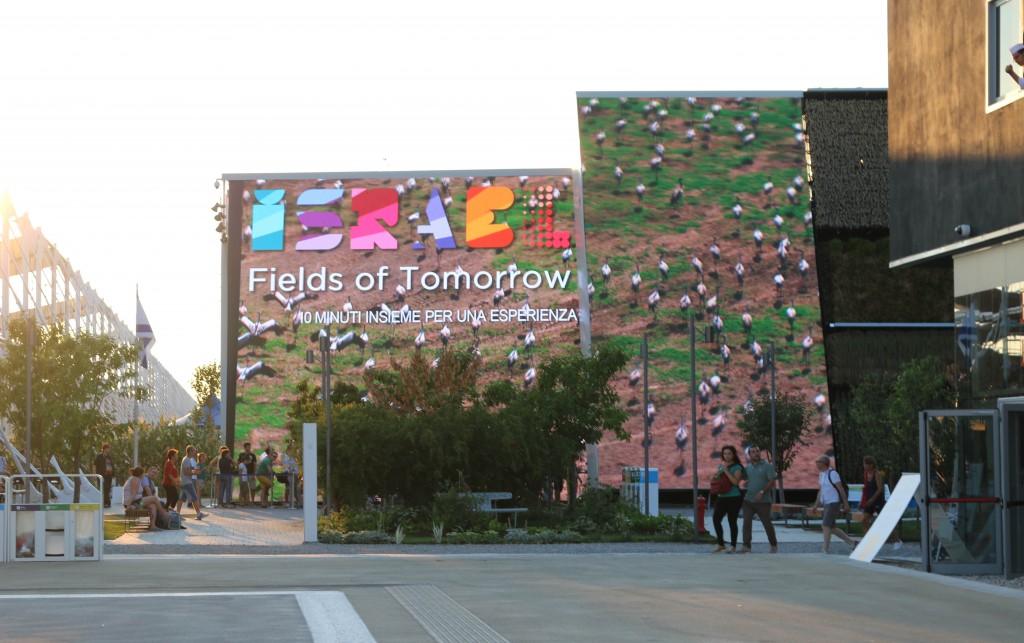 Israel’s Pavilion from the outside – inspiring ‘Fields of Tomorrow’?! (Photo: Louis Kniefs)

I had high hopes for the EU-Pavilion : ‘For sure, they will treat the topic more seriously, since the European Year for Development is dealing exactly with these questions. After all, that pavilion had a budget of 12.2 Million Euro …’, I thought. Having passed some EU-volunteers who wanted to give us EU-stamps and take photos, I entered the pavilion and watched a very lavishly produced 4D-animation film . The cartoon characters, Alex and Sylvia, were presented from their childhood until adolescence – how they learned to work together and to love each other. Another disappointment, since the film did not deal seriously with the topic, pursuing it from a child’s perspective and eventually I still have not figured out what the film wanted to tell me. The exhibition following the cartoon was not able to improve this impression either, as one of the most troubling issues – the EU agricultural subsidies  – was not mentioned at all.

But there were good, informative pavilions as well. Switzerland was combining some tourism-marketing and regional food with the consumption-critical idea of the four towers . Belgium presented itself as a plural society with technical inventions for feeding the world. And Israel offered its audience a pretty good presentation of its cultivating and water-saving technologies – but omitted to mention the problems and politics of unequal water supply between Israel, Palestine and Jordan. African States presented alternative basic food like yams or different kinds of millet and showed how their country is perceived by them. I liked these examples because they illustrate: There is an alternative way to really contribute something to the World’s Fair. You can use the EXPO quite well for self-presentation without losing contact to the very important issue of food supply.

What do we want the World’s Fair to be? 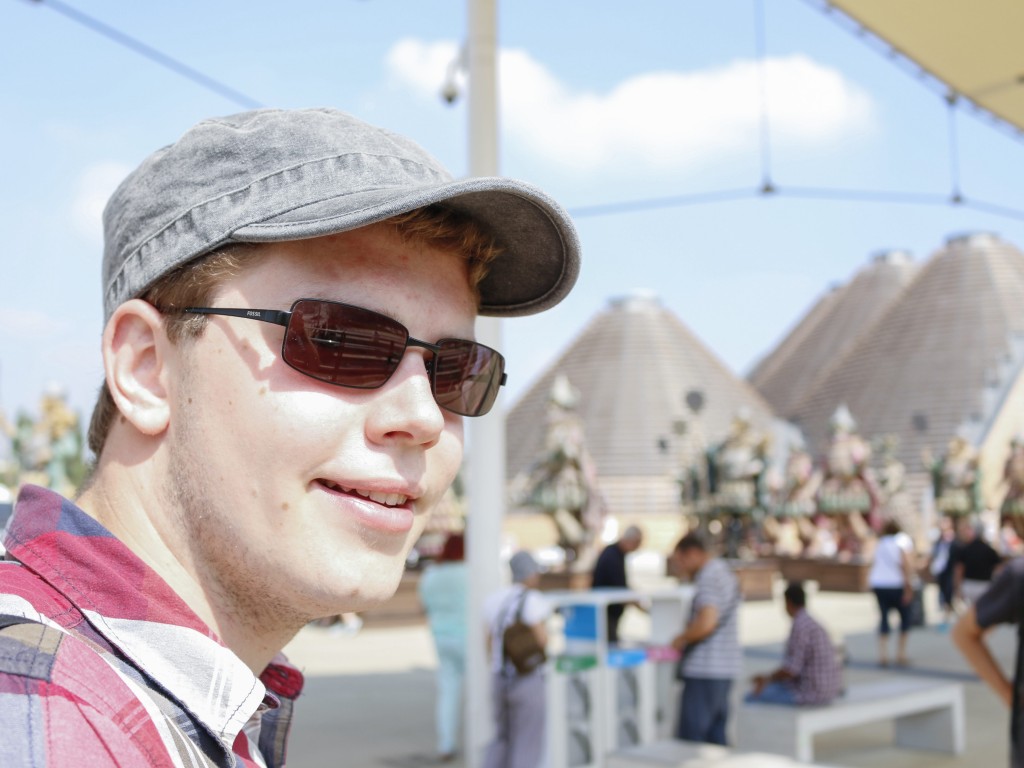 From my point of view, improving the national image has become the main goal of most of the EXPO-participants. Obviously and sadly this goal does not work with the Fair’s aim: Working together for no-hunger   and international cooperation. The question is: Do we want a World’s Fair like this? What do we expect our governments to contribute? – To me offering serious solutions to the problems raised in the motto is of prior importance.

One last note: The Milan Charter – a document prepared by Italy as the host of the EXPO 2015 – offers good principles for all of us. It could be the direct link between the EXPO, the Sustainable Development Goals and us as world citizens (There is still the opportunity to sign it! ).

The opinion piece was written by Gregor Christiansmeyer, while Pietro Tarozzo created our ‘rEXPOnsibility?!’-cartoon.
Tags: EXPO, Feeding the World, Future, Milan Charter, Sustainable Development
Share This Post
You May Also Like
“EUSTORY gave me extra motivation for my further development in the future.”
27. March 2013 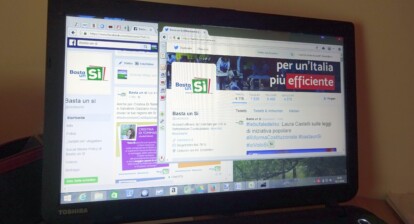 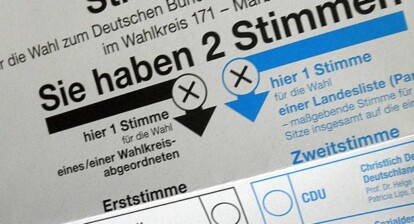 Coalition for some brighter future?!
9. November 2017
Previous ArticleAfter elections in Poland – It is time to turn the watchful gaze inwardsNext ArticleMemory Suitcase: The Grandma’s Book Club