From the moment we conceptualized the Alumni Seminar in Ronda we were planning on having Animates explaining complex topics as a final result, similar to those, produced by the Royal Society of Art (London). The idea was to make a synthesis of all relevant information the participants gained during the seminar. It was an experiment, since we had never done anything like that. And even though the technical things are really important (drawing, recording images and audio, cutting) the other dimension is much more complex: Finding the topic you want to explain, developing a concept, gathering all information necessary, thinking of images to support the information, writing a text that is both, focussed but not too simplifying, matching it with the images to develop a storyboard… 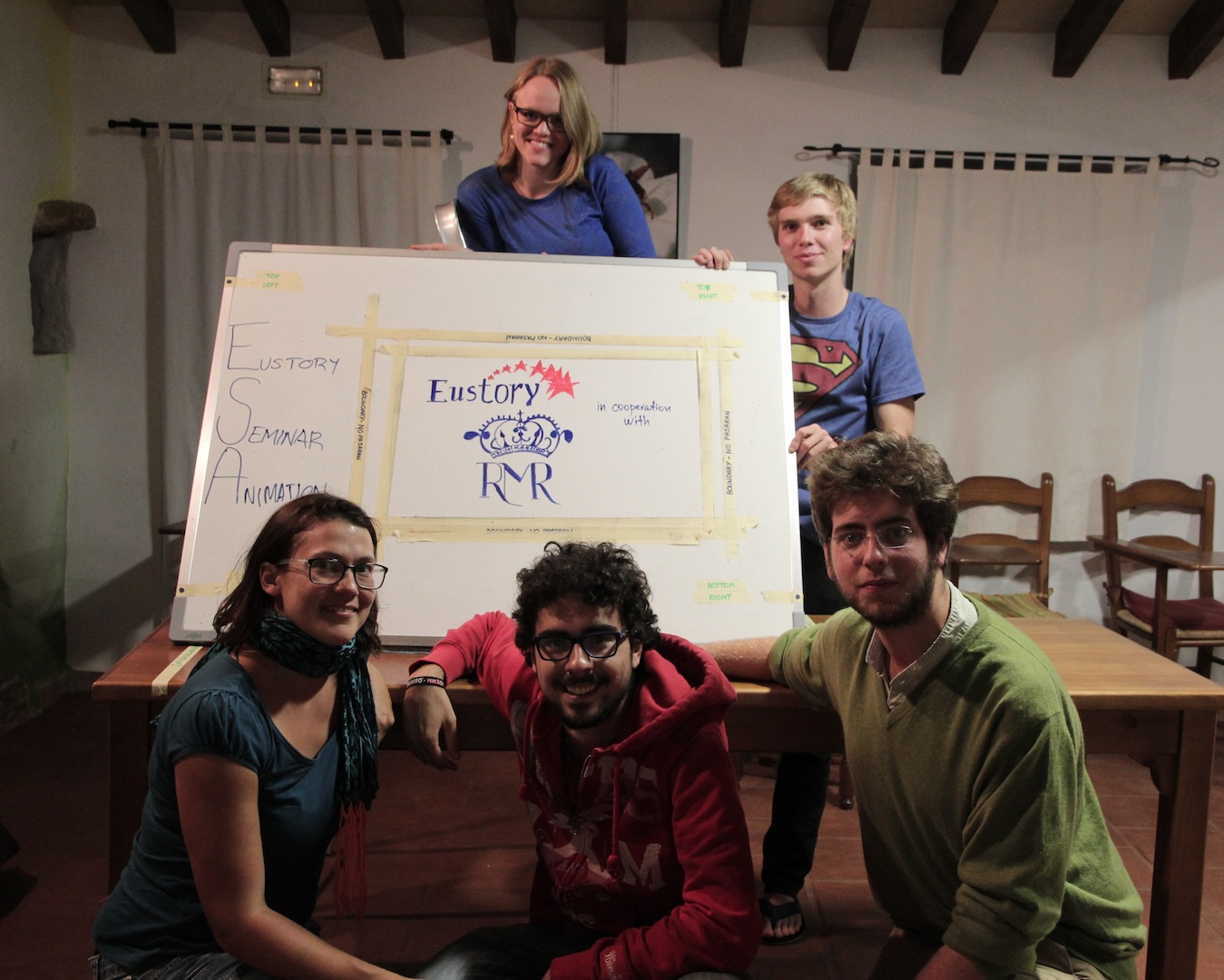 Behind the scenes: technic and concept
Ida, Andreas, Tina, Germán, Andréa at the ‘crime scene’

After an intensive preparation and four days of work during the seminar, our participants got the task to develop a concept and a draft storyboard for an RSA in groups of three. After three hours they got to present their ideas to the audience (=the other participants) and the judges – Andréa Chabant Sanchez (RMR), Germán Jiménez Montes (EUSTORY Alumni), Tina Gotthardt (EUSTORY).

We were very surprised by the complexity of their ideas and instead of choosing the ‘best two’, we decided to merge the best ideas into two animations: One about the question of Convivencía and Coexistance and the other one about the Use(ability) of Stereotypes. At that stage we also decided on specified roles, people who were in charge of the technical support and the statistic support were starting with their work, while the two newly created groups developed a new storyline, including the ideas from the previous concepts. What they had to do at this stage was more than to present, what they were doing during the seminar, they had to decide on the most important issues and they had to explain these to an audience, that wasn’t present, make their conclusions visible.

They were conceptualizing, drawing, writing, rehearsing, until they finally got to recording. In the meantime the technical team (the video journalist Ida and the engineer-to-be Andreas) set up the scene, using ladders, frames and a lot of creativity; resulting in my camera hanging headfirst from the ceiling, pointing at a whiteboard. From the moment we (the team) agreed on the storyboard of both groups, the whole production process was organized by themselves with the technical responsibles calling the shots. I personally am amazed by the professionalism and the team spirit during the process, which is also clearly visible in the results. After this very successful first time, I’m sure that it will not be the last time, we used this method during EUSTORY activities. But check it yourself here: