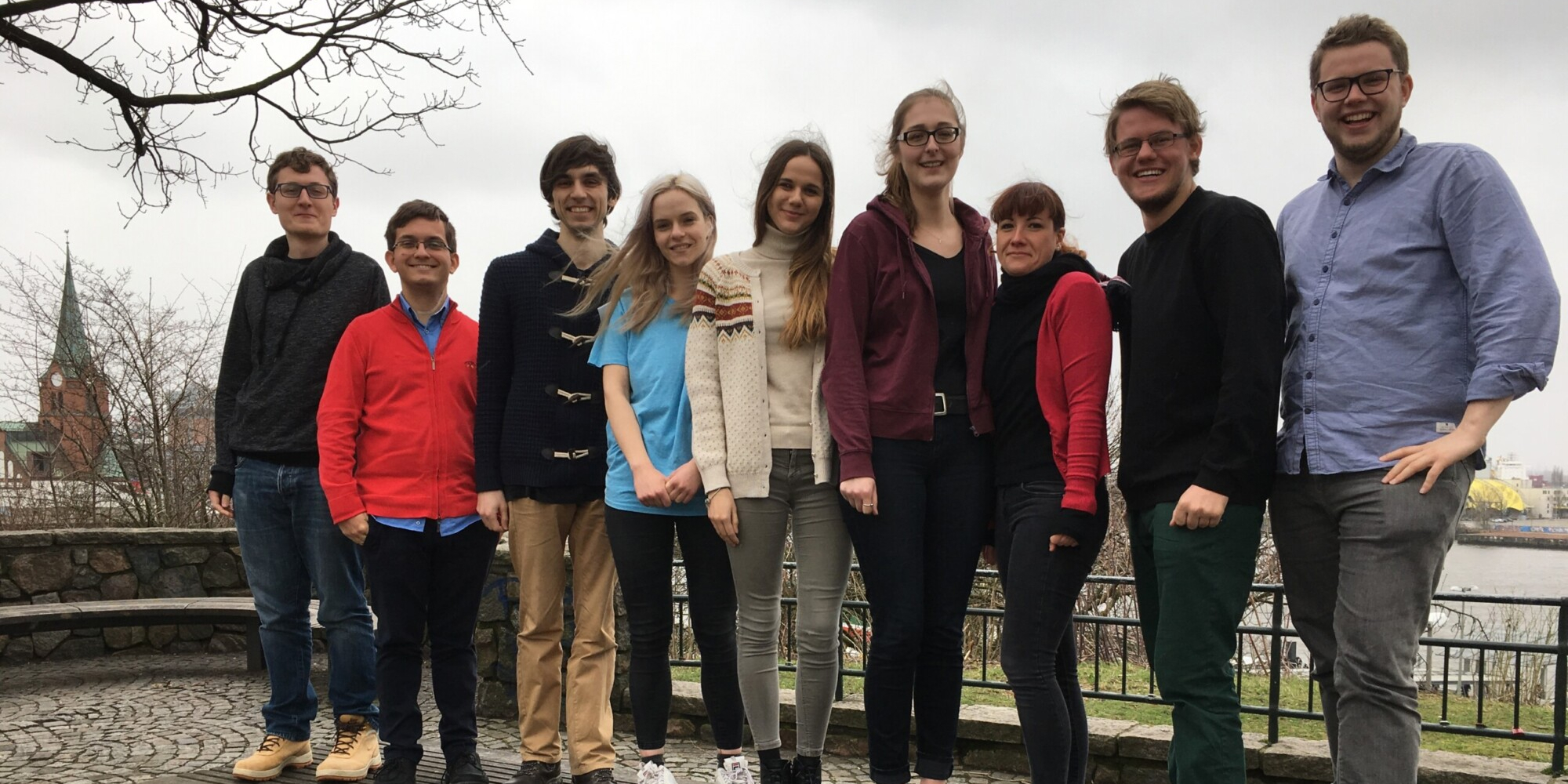 European elections, nationalism, xenophobia and the division of societies – these are the issues that the young editors of the EUSTORY History Campus will focus on in the coming year. Ten alumni from the EUSTORY Network between the ages of 18 and 30 met at a jounalistic kick-off workshop from 14 – 17 March at the EUSTORY International Office in Hamburg.

In 2014, the Körber Foundation created a blog that serves as a space for young perspectives on history and identity. From the outset, young volunteer editors have supported the Körber Foundation in the search for topics, in the recruitment of young authors from all over Europe and in the accompaniment of editorial processes. This way, insights can be gained into which aspects of history are relevant for young people today. 19-year-old Miguel from Spain, who joins the editorial group this year, is fascinated by the personal approach to the past: “I want to show that history is not boring, but on the contrary highly exciting, and how deeply it touches the individual. At the EUSTORY History Campus, we take history personally.”

At their workshop in Hamburg, the group discussed ideas for the annual agenda. The European elections in May are a first important topic for the young editors. In contributions from different European countries, they want to explore the question of what concerns young people before the election and what makes them vote or abstain from voting. Young people’s view of the current political situation will be particularly important: will voter turnout in Slovakia be higher this time than in the 2014 elections where it reached around 13 percent? What does Europe mean for young Germans? And how do young people from a non-EU country classify European navel-gazing?

The editors plan blog posts relating to current challenges in an increasingly polarised Europe, such as hostilities against migrants in East Central Europe or the very different relationship between state and religion in different countries. The editorial team would also like to recall the bombing of Belgrade twenty years ago or the political upheavals in Europe around the turning point of 1989. What aspects about the past are relevant for young people in Europe? How is history reflected in the lives of their families? And which traces of history lie on the daily paths of young EUSTORY alumni that are worth researching and presenting?

“We take history personally” – First impressions from the 2019 Editors’ Workshop.

In recent years, authors and editors have developed various formats for the History Campus blog. Resulting from these formats were different approaches: The “Memory Suitcase” has been popular for many years. It is based on the experience that – no matter what the circumstances – every family keeps certain objects because they have a very special meaning for individuals of that family. The editorial team regularly presents such objects and thus provides unusual and often touching insights.

In 2019 the Editors Group consists of Jakob (20, Denmark), Trixi (19, Germany), Miguel (19, Spain) and Kateryna (18, Ukraine), who support the experienced editors Camilla (25, Italy), Maria (23, Sweden), Phillip (24, Germany) and Taras (25, Ukraine). The group is coordinated by 22-year-old Gregor from Germany and 31-year-old Milena from Serbia. The German journalist Clemens Schöll passes on his journalistic know-how and supports the conception and final editing of the blog texts. Milena particularly appreciates the peer-to-peer approach: “We can expand our own skills, gain insights into journalistic tools, learn how to tell exciting stories and support each other. This benefits me in many ways.”

Young Europeans who are interested in writing a blog post or working in the editorial team of the History Campus are invited to contact the editorial team at info@historycampus.org. The editorial team is always looking for young authors with fresh perspectives and interesting personal approaches or experiences on questions of history and identity. Every year in the autumn there is the opportunity to join the editorial team. The next call for participation for the Editors Programme is scheduled for the end of 2019 on this website as well as on our EUSTORY facebook page.