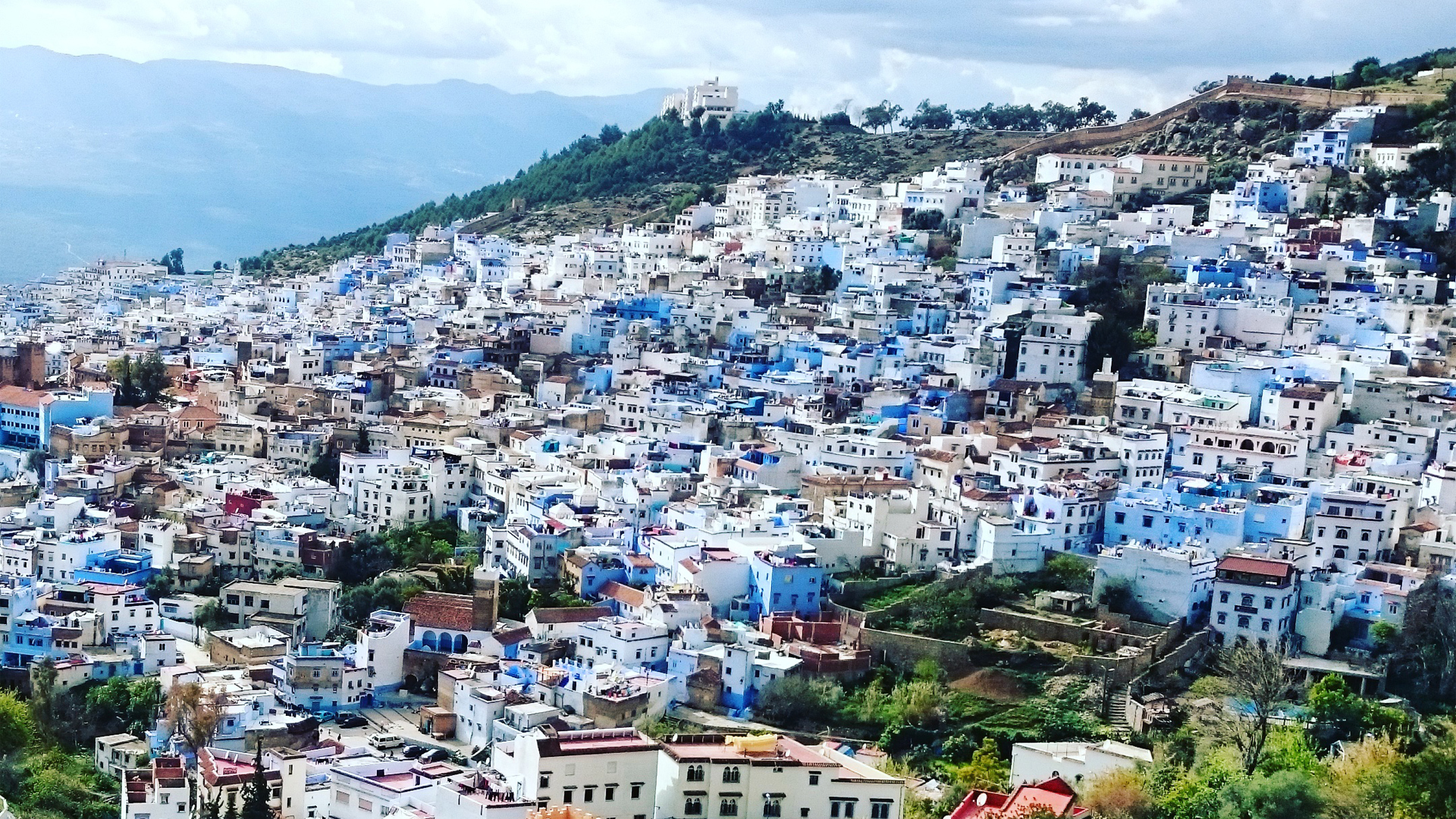 Written by María
María was born in Seville (Spain) in 2002. She studies Film&Journalism at university, and hopes to become a filmmaker someday. Her interests include history, art, literature and politics.

The history of Andalusia is truly rich. North African Muslims have inhabited the region for almost 800 years, and their cultural legacy remains present in many aspects of the Spanish culture: Language, music, art or architecture like cityscapes to common house decoration pieces. Even though Morocco and Spain are only separated by the narrow Strait of Gibraltar, the relationship between them is rather distant. Our author María from Spain had to go to Morocco herself to realise how close those two cultures are.

My grandmother was a Christian woman from Nador (a former Spanish city located in North Morocco). Her father was part of the Spanish military forces occupying several Moroccan places at the time. Her education had been shaped by the Franco dictatorship, and when she told me about her youth, about the segregation between Muslims and Christians and the poverty she was raised around, her stories were always biased towards the Muslim population. Thus, I grew up with her tales, along with the legends I studied at school about national Christian conquerors who ‘heroically’ defeated the Muslims. I believe this one-sided view within my own family, which is basically also taught in school, is the main reason why I had so many bad preconceptions about Muslims at the age of 13. 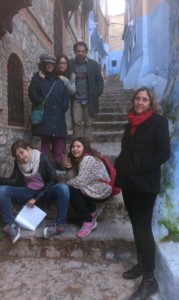 María, her friend and their families in a street of Chaouen (Photo: Private)

The year 2015 had just begun. I, an easily-scared preteen who had never travelled out of Southern Europe, went on a trip to Morocco together with my parents and my best friend’s family. All of us had their prejudices: We were convinced we would face multiple dangers on our trip. Therefore, our parents set many rules, such as never leaving their side or abstaining from eating food from street stalls. We were hardly surprised that when we were on our way to the ferry which would take us to the African coast, two people tried to scam us.

In spite of my initial fear, as soon as we arrived to Tetouan, I felt as if I was at a place I already knew. The city was so similar to Andalusia that I couldn’t believe my eyes. Its houses, its landscapes, its streets and even its people were just like the ones from my hometown. The atmosphere appeared warm and familiar to me and I immediately felt comfortable in this foreign place. With these feelings I wasn’t alone: My mom even mistook a man for her own brother.

Most of the rules imposed to me and my friend by our parents were eventually put away. We had the opportunity to wander and get lost around the cities of Tetouan and Chaouen. To this day, I still haven’t eaten pastries as delicious as the Moroccan ones, although we had to share them with a lot of bees. We didn’t burp while having our meal at a restaurant, but we found it funny when the locals did so.

However, it wasn’t all dreamlike. My friend’s aunt knew a local man who walked us around the non-touristic side of Tetouan, and the immense difference was shocking. We encountered people living in poor conditions and kids around my age who already had to work to maintain their family. Being in Morroco felt like a journey through time, back to the past. It was romantic on the one side, but some places off the beaten track confronted me with merciless poverty. In these moments I realised how unfair life can get. I understood that my perception of the world was privileged and distorted. 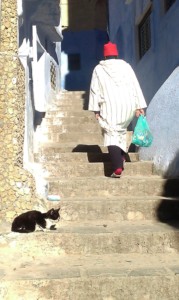 A Moroccan man wearing a traditional attire, and a cat (Photo: Private)

The year 2015, in which I took the trip, would be the beginning of a period of rejection towards Muslims, caused by the jihadist terrorism, as well as the migratory crisis in Europe. The south of Spain was especially relevant in the crisis, as many refugees fled from their home countries through the Gibraltar Strait. I believe that it was thanks to my time in Morocco a few months earlier that I noticed the unfairness in the way people around me were behaving in this situation. Many of my young friends’ beliefs started leaning towards xenophobia really fast. I often thought: If I hadn’t gone to Morocco, making enriching experiences with warm-hearted people there, I might have joined my friends in their anti-refugee behaviour which was a pure reflection of never questioned stereotypes.

Luckily, my life experiences made me understand how the unfortunate events were being used to change young people’s ideologies. When I complained to my friends about how the far-right used the term ‘Reconquista’ to justify the lack of humanitarian help for refugees, some of them continued to support this idea. Shortly after, Andalusia became the first region to have a far-right party in its Parliament, and the majority of their voters were young. For so many years, I had a fear towards the Muslim culture and its impact in the past. But after those elections, I became even more afraid of the political culture and its future in my own home country.

It’s as sad as surprising how, although Muslims have inhabited the south of Spain for as long as Christians have, their cultural influence is often mistreated or forgotten. The trip to Morocco taught me to be critical towards what I heard or learnt, especially in relation to stories and prejudices being told to me from 2015 onwards. There are at least two sides of every story, also in the history of Spain. Furthermore, I learnt to be more open-minded towards the Muslim culture, which is deeply connected to my own. Perhaps my grandmother wouldn’t like it too much, but she was raised in a whole different world. And I like to believe that we’ve changed ever since.

Written by María
María was born in Seville (Spain) in 2002. She studies Film&Journalism at university, and hopes to become a filmmaker someday. Her interests include history, art, literature and politics.
Tags: Africa, Culture, Diversity, Islam, Spain
Share This Post
You May Also Like

The Threads of Resilience – Experiences of 4 Women
14. December 2020
From childhood tales to a historical research work
3. February 2014
“Why build a mosque when we have a synagogue already?”
25. September 2012 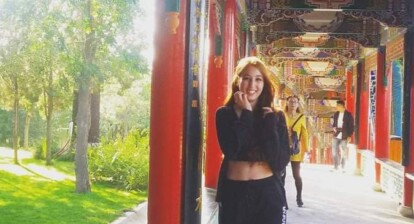 Discovering China: The Art of Finding Yourself
4. March 2021
Previous ArticleBetween Bullets And Memories – The Story of The Portuguese UltramarNext ArticleWhere Were You When… The Results of the Brexit Referendum Were Announced?