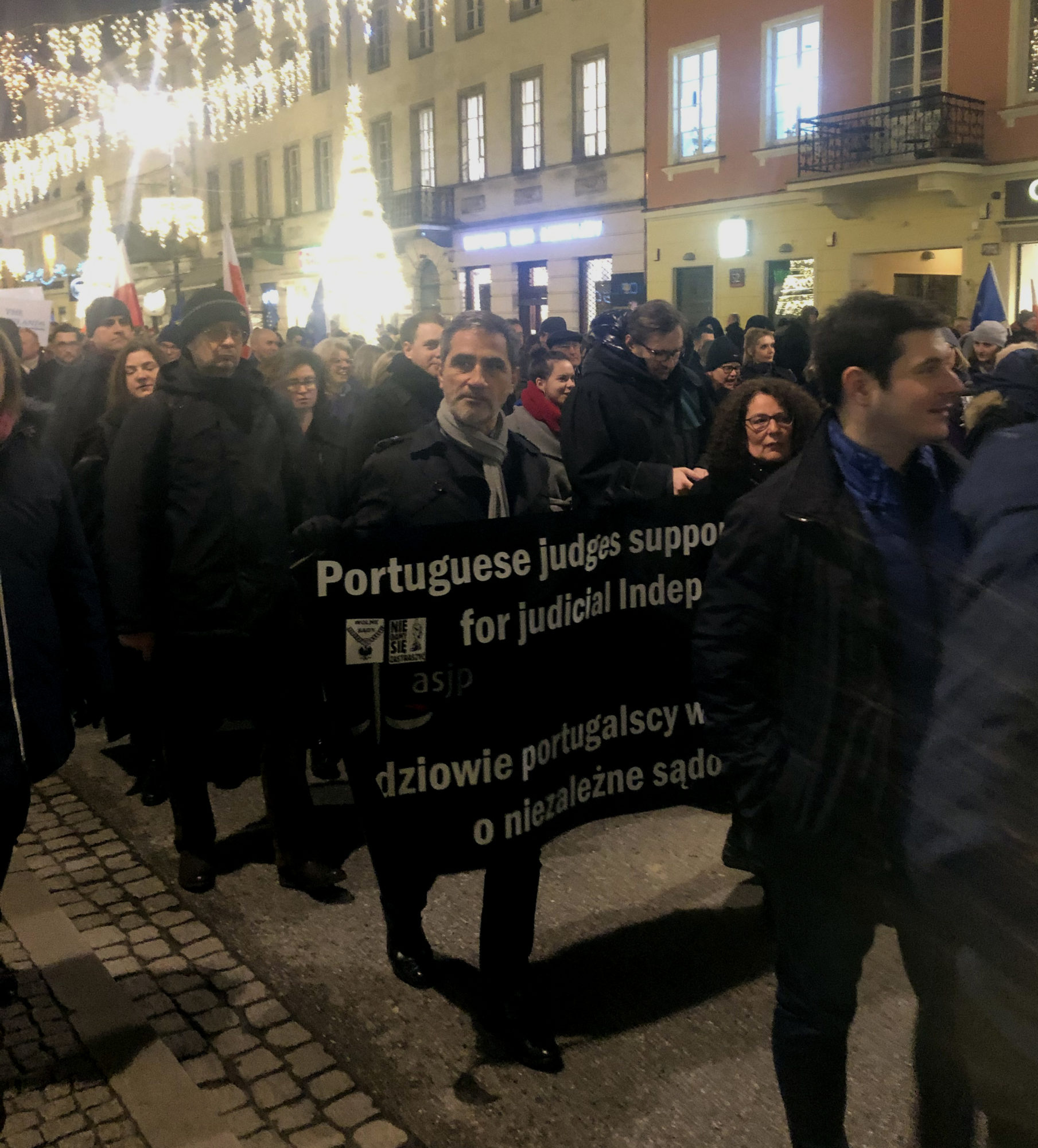 Written by Marek
law and political sciences student at the University of Warsaw, member of the Constitutional Law Student Society, former intern at MP office, participant of the Young Multipliers Programme and other EU programs. Interested in: constitutional law, jurisprudence, political system of the Republic of Poland, politics of the EU.

Democracy is at risk in Poland. In its 2020 “Nations in Transit” report, the NGO Freedom house has downgraded Poland’s status to a semi-consolidated democracy. The European Commission has launched several infringement procedures against Poland, the latest one on April 29th. Much of the dispute is centered around juridical arguments. Two Polish law students, Witold Janas and Marek Kaczmarczyk, sum up what happened since 2015 and give their view on actors and incidents in this drama.

Imagine a country where democracy does not matter. Imagine a country where the constitutional court is not controlling the executive power but is indirectly controlled by the ruling party. Finally, imagine a country which for many years was glorified across Europe as an example of democratic success-story, and now, undermines its estimable heritage to become – as the ECFR essentialized – Europe’s new headache. After 1989, Poland implemented a series of democratic reforms. As the Economist claimed in a special report, our country was one of the biggest examples of successful political post-communist transformation that allowed Poland to prosper in a “second golden age”. Contrary to that, nowadays, reputable international institutions including the Venice Commission and the European Court of Justice are warning about the decline of the rule of law in Poland. In this reality we, law students, are ashamed of what happened. Coronavirus is not the only plague which is currently attacking Poland. Populism is the second one.

Since 2015, when Andrzej Duda became President and subsequently his party Law and Justice (PiS) won the parliamentary elections, there have been many changes in the Polish democratic landscape.

Since 1997, the Polish Constitution stipulates that the Republic of Poland shall be a democratic state ruled by law. That’s law on the books, but what’s law in action? According to the 2020 Freedom House “Nations in Transit” report, our country  has declined from a consolidated democracy to a semi-consolidated democracy, defined by FH as an “electoral democracy that meets relatively high standards for the selection of national leaders but exhibits some weaknesses in its defense of political rights and civil liberties.” You might think it is still a democracy. Nothing more deceptive. A semi-consolidated democracy is not a pure democracy. For us, law students, this purity is desirable.  Here’s the story of how Poland turned into standing on one leg in Hungarian authoritarianism and – hopefully – still on the other leg in European liberalism.

Taking Control of the Constitutional Court

The nightmare began with the Constitutional Tribunal. This tribunal decides on disputes concerning the distribution of powers in government and verifies the constitutionality of the binding laws. As it is well-established in the European legal tradition, also in Poland the Constitutional Tribunal is based on the concept of the balance of powers. Now, it has ceased to serve it.  After a few law amendments, our constitutional rights guarantor has become an empty shell. At first, the ruling party appointed more judges than it was allowed to. To add to this, the PiS majority in the Parliament declared the appointment of three (out of 15) judges to be void. Subsequently, the new president of the Tribunal, who had been appointed in an illegal way, removed from adjudication judges who were and still are opponents of the illiberalism promoted by PiS. To be more precise, judges appointed by PiS are striving to exclude from adjudication these judges who are opponents to the current ruling party. To show you how this upheaval is relevant we will indicate four factors:

The Supreme Court Under Siege

The Supreme Court is the highest court of the Polish judicial branch, responsible for considering the civil and criminal cassations and verifying the legality of elections. It has succeeded in protecting its independence for much longer, but chaos is not unknown to that institution anymore.

There is an unprecedented dispute in the Supreme Court on the “Disciplinary Chamber” created by the PiS reforms. De facto, this is a separate court appointed to condemn defiant judges. In our Constitution there is no possibility to create such a court. The one exception is during war time. Following a ruling by the European Court of Justice (ECJ), professor Małgorzata  Gersdorf, the First President of the Court suspended this chamber. Despite that, after her term expired, the new temporary acting First President revoked this decision. Consequently, the unconstitutional disciplinary board participated in the new First President’s election. Accordingly, it’s the newly appointed judges that had a vital role in the process of electing the new First President of the Supreme Court, professor  Małgorzata Manowska. What is also worrying is the erosion of the Supreme Court’s reputation. Even if still the majority of the Supreme Court judges are well-respected lawyers, the latest nominations linked to the Ministry of Justice pose a question on the unknown future of the pillar of the Polish judiciary branch.

A Law to Silence Independent Judges

Another aspect of violating not only the Polish Constitution but also the EU Treaties is the “muzzle law“. Since February, when it came into force, the government gained a dangerous tool to control the judiciary rulings and discipline judges in case they evoke the EU law principles that limit the executive power. This already happened: for example, the newly created Disciplinary Chamber of the Supreme Court has suspended the mandate of judge Paweł Juszczyszyn, as a response to his applying an ECJ ruling. Similarly, the judge Igor Tuleya was accused by the prosecutor after he ruled to resume the investigation concerning the unconstitutionality of the voting in the Parliament.

As citizens aware of Poland’s complicated history, we demand respect for the right to a fair trail. That may be essential for each of us – think of undertaking a legal dispute with a governing party official or suing a state-owned company. Our rights can only be assured with judicial impartiality.

Fortunately, even if the Polish Constitutional Court is dominated by the ruling party nominees, the Poles as EU citizens are entitled to the European Union law rights and freedoms which include the rule of law. In consequence, the Commission has commenced proceedings under Article 7 of the Treaty on European Union against Poland. This is the strongest tool to control the status of rule of law in a Member State and may lead to the suspension of the Polish government’s right of to vote in the Council.The commencement of such a procedure is frightening. Never ever tensions between the Polish government and the European Commission were so profound.

Another guarantee of the European legal heritage is the preliminary reference procedure that allows national courts to address questions to the ECJ. While it is mainly used to ensure legal coherence, it has also become an important tool to control abuses of power in the Member States. Contrary to the Polish Minister of Justice who claims that this procedure leads to chaos and prolixity in courts, for us, young law students raised in the democratic reality, it’s rather a tool to protect the EU legal heritage based on the rule of law and the principle of coherence.

That gives us hope that even if the national checks and balances are demolished we are still entitled to the benefits of the democratic society. The EU approval in Poland is one of the biggest in Europe (89 %!). For us, the EU means not only the benefits of  Erasmus or Schengen but also a community of values. That’s why our solidary fight for a better Europe based on democracy, equality and freedom matters!

Even if the government undermines the fundaments of constitutionalism, the civil society is not going to abandon the principles of democracy. The heritage of the Solidarity movement is continued also in times of PiS. In 2018, when a massive wave of civic protests emerged across the country, the President was forced to veto an unconstitutional bill violating the judicial independence and ending the term of the First President of the Supreme Court. When the government initiated the “muzzle law“ this year in January, resistance reemerged. 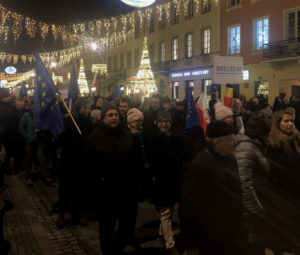 In the “March of a Thousand Gowns“, many more lawyers not only from Poland but from all over Europe protested with the support of the Warsaw citizens clapping from their windows. Unfortunately, that was not enough to stop the populist march to unlimited power. That’s why the EU law guarantees of rule of law matter more than ever. The complexity of democracy gives us hope in civic society and the EU legal order – united we shall overcome.

Written by Marek
law and political sciences student at the University of Warsaw, member of the Constitutional Law Student Society, former intern at MP office, participant of the Young Multipliers Programme and other EU programs. Interested in: constitutional law, jurisprudence, political system of the Republic of Poland, politics of the EU.
Tags: 30PostSovietYears, Poland, Populism, Protest
Share This Post
You May Also Like 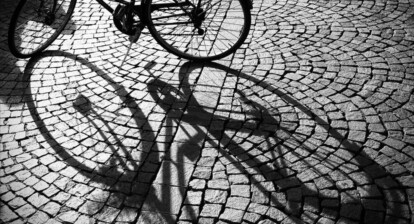