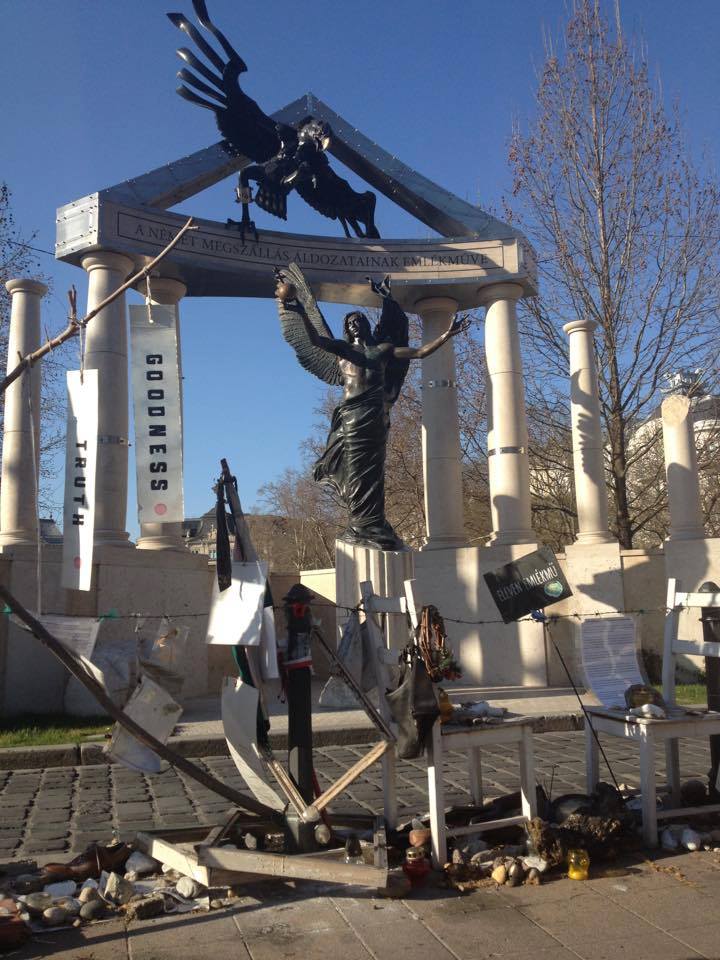 Written by Željka
Željka (1991) was born in Sombor, Serbia. She got her bachelor’s degree in history from the University of Belgrade. At the moment, she is working on her masters in Jewish studies on the Central European University in Budapest. She studies new places and in the mean time you can probably catch her writing her thesis in a coffee shop just around the corner. 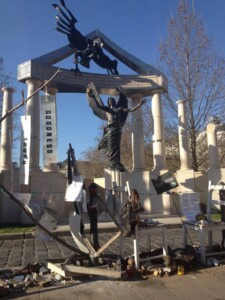 Nobody cares about art? When ideology and historical revisionism mingle in a sculpture memorising victims of Nazi Germany in Hungary, the controversy about ‘Who is a victim and who is not?’ becomes too hot to erect the monument in day light.

The German eagle dominating the statue of Hungaria – at first sight, it looks like a young innocent girl standing against the widely recognised symbol of strength. Announced at the end of 2013, the monument was erected in central Budapest last summer, with the alleged intention of Viktor Orbán’s government to honor all the victims of the German occupation of Hungary during WWII .

The message of the monument is simple and significant – Hungarians could not resist Nazi Germany and, therefore, should be resolved of blame of the terrors of WWII. However, not all Hungarians think so. After the idea about erecting the monument leaked to the public, months of protests against this Memorial did not help the Hungarian government to realize that the public does not agree with the idea of absolving the Horthy regime of its responsibility for the death of nearly one million Hungarians, including two-thirds of Hungary’s Jewish population. That is why the Memorial was put up during a warm summer night on the July 20th last year when no one was expecting.

The Memorial to the victims of the German occupation is just the most recent example of Orbán’s government’s way of dealing with history. The Memorial is placed on Szabadsàgtèr, one of the most famous parks in Budapest, which has a significant place in Hungarian national memory. During the interwar period different commemorations of the Trianon treaty were held here. Among them, probably the most picturesque one was that of children planting trees in the soil brought from the territories that Hungary lost after the war. The place is even more significant with all the reconstructions (of memory) going on just few meters north around the Parliament building. The main idea of the works on the Parliament surroundings is to re-build this central space of the city as it was during the interwar period. Another sign that the scars of Trianon are still raw is the flag of the Székler people, a group of ethnic Hungarians who live in Transylvania, that is put up next to the Hungarian one on the Parliament building. 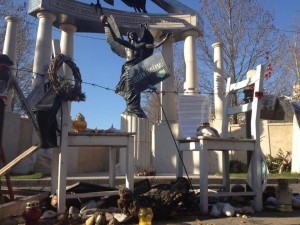 However, even though Orbán’s government still holds the majority among the voters, a part of Hungarian society fights the battle against reconstructing the past in the present. Protests around the Memorial are still very active. The loudest opponents are the opposition parties (Socialists, Democratic coalition, Hungarian Liberal Party), as well as numerous NGOs, academic institutions and other actors of the civil society. Even a counter-memorial has been put up. This civil memorial reminds peaceful pedestrians in the area of the victims of the Horty regime. And it also reminds all of us that places of memory have the symbolic power only if we give it to them.

Written by Željka
Željka (1991) was born in Sombor, Serbia. She got her bachelor’s degree in history from the University of Belgrade. At the moment, she is working on her masters in Jewish studies on the Central European University in Budapest. She studies new places and in the mean time you can probably catch her writing her thesis in a coffee shop just around the corner.
Tags: Contested Monuments, Controversy, Hungary, Memorial
Share This Post
You May Also Like 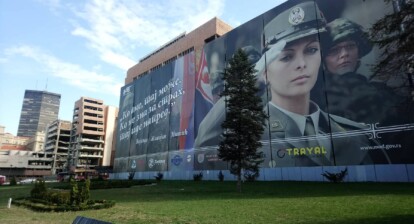 20 Years After Bombing of Serbia: A Void in Architecture and in Our Minds
24. March 2019 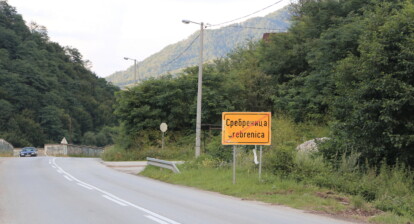 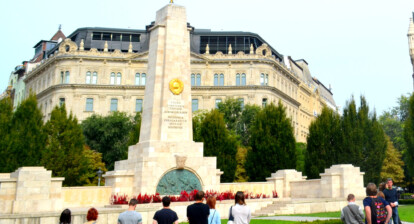 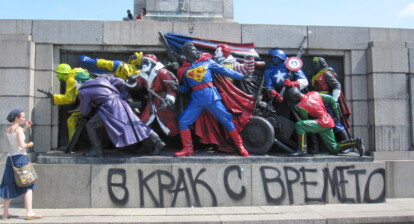