Ondřej surely is one of those Eustorians who would surprise you with his ingenuity and feeling for life. However, his actions speak louder than his words. He proves that travelling changes perspectives. “My idea of Europe used to be much more homogenous”. After visiting other countries and after some vague contact with foreigners he didn’t see the differences between countries any clearer because lifestyle, music or fashion are very globalized. He points out that the imprints of national identity are only revealed in a discussion about serious issues, similar to what we observed during the EUSTORY seminars, when it was usually a matter of minutes until a shy, small talk turned into such discussion. He was able to verify many national stereotypes but he was also able to find their underlying reasons. Therefore, his picture of Europe has got much higher resolution. “What used to be one pixel is now a few regions under which I can imagine concrete differences and characteristics” he adds. Ondřej remains very thankful to EUSTORY, as he recognizes it as a guide which made him perceive history as an explanation behind present reality. “During each of the seminars we were able to witness how the events of past we were examining were still influencing lives and mentality of people.” He recommends it as an important step on the way to understand current political and social situation in different regions.

Recently he passed his final Bc. exams and now, apart from the time he spent travelling across Europe he is mostly preparing for leaving to Tilburg in about two weeks, where he will do his master studies. “Curiosity is what motivates me to travel” he proclaims. He’s interested in different people, different languages, different cities and different landscapes. “Home is home even if you spend six months out of twelve there. Twelve out of twelve is a prison.”  Ondřej says he lived in Prague all his life and he was never too excited about his home city until he started travelling. „Only then I was able to appreciate the atmosphere of the historical centre, the relatively low amount of car traffic, the high level of public transport or even the traditional low cost pubs where you hear the guys at the next table arguing about Hegel after ten beers. At the same time, Prague is missing its own mauerpark, szimpla or beach for botellón, but once you realize its pros and cons, you can take advantage of both being at home and being elsewhere. Nevertheless, I‘m about to leave my city in about two weeks and I already miss it a little bit.”
Czech Republic is his home, but so is Europe. Ondřej is aware of the fact that it is the point of view from which he is looking at the world that makes him European. He says that he is familiar with European history, philosophy and culture incomparably more than any other area. “Whenever I see, read or hear something new, I will understand it firstly in the European context, comparing it with what I already know, finding parallels and differences.” He thinks the European Union is valid as ever and he can’t imagine Europe without the EU anymore. However, general Czech attitude towards the EU is very reserved according to the public opinion and even worse according to actual politics. Ondřej believes they should make effort to play a more active role but on the other hand he admits that Czech instinct is to be careful and selfish in international politics.
He states that his nationality, or any nationality in general cannot influence one’s character but it does influence his opinion and that even educated people who travel a lot, will be biased in favour of the atmosphere in their home country „Try to ask Germans about nuclear power or Serbians about Putin“ he adds with a small grin. Furthermore, he suggests creating a EUSTORY seminar on nationalism. “I have lately visited Hungary, Serbia, Montenegro and Croatia and the number of flags, nationalist graffiti and swastikas, especially in the first two countries, took my breath away. Is there any good a national pride can bring? If yes, what is the right amount of it?” he asks.

Ondřej knows that from his journey through European countries he has brought home a much better idea about the Balkan wars, Hungarian expats, Kosovo and Balkan Muslims and mainly about the amount of nationalism in the area which was alarming for his Central European perception. Still, he doesn’t think it is possible to generalize the essence of the countries he visited. “Perhaps you can feel the Balkan spirit in all these countries and you can see their strong notion of nationality as a common feature connecting them. You can say that they all make extreme mess even at the most beautiful places. But at the same time you will be able to find differences between them and only through gathering similarities and differences you can describe a country with respect to its neighbours.” Afterwards Ondřej emphasizes that apart from few discussions with local people he met during his journey, he was having fun and enjoyed the landscape very much. His experiences are quite inspirational, don’t you think so?

Share This Post
You May Also Like
“History is not about facts, but about people.” Talking with Zuzana from Slovakia
4. November 2013
“I have the feeling that certain borders and boundaries, that were torn down in history are being built again”, Tamara about feeling European in times of crisis and her idea of a united Europe
6. December 2012
What no school book will ever teach you: Orest, Ukraine
5. June 2013 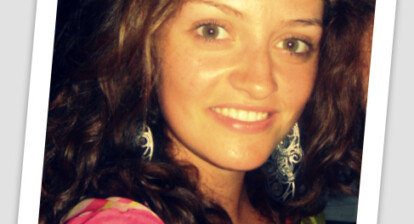 Bulgarian, European and above all Eustorian: Mariella on the coziness of Europe and the unfairness of history
28. August 2012
Previous Article“Finnish people have a strong sense of independence and a need for space” – Anna about the challenges of feeling European at the margin of EuropeNext ArticleAlmost 18.000 visitors on our blog! All started two years ago…