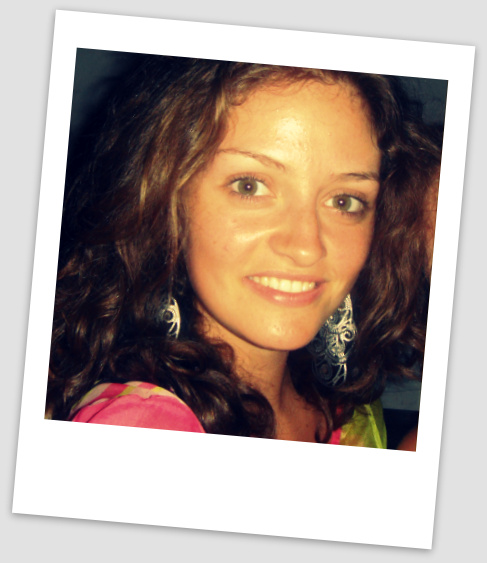 In the 21st century, a century marked by the process of globalization, new technology and daily international contact, it has become significantly harder to identify oneself with one specific place. Mariella Bodganova (18), a Bulgarian student with an abiding interest in writing, the French culture and all novels of Roald Dahl, notices this; the lines between different identities are clearly changing, perhaps even fading.
Of course, this doesn’t mean that identities have been rendered obsolete. Definitely in present, with the thought of a united Europe, new identities arise. Mariella herself believes that the European Union is the right way forward. “By meeting nice people from all different European cultures, I can enjoy every country and find
sharing one’s culture intriguing. This way, I can feel good in any part of the world and because of this, I believe in a united Europe. The geographical situation and common values oblige us to move forward, and although a closer Europe is beset by several difficulties, it’s still worth fighting for.”
In her opinion, the European Union is special for gathering different countries, not because of nationalist or patriotic feelings, but because of a willingness of cooperation, based on shared values, rather than location or religious beliefs. “Christianity itself has many branches among Europe, all with some different attributes, so why should we take religion into account when joining a political and economic union?”   This is why she believes that Turkey and in further extent even Russia can fit in the EU, as long as those countries agree to the European ideas of tolerance, democracy and peace. These values shape Europe, and without them, no country would be the same. “Of course, one doesn’t realize the necessity for these values without facing and overcoming the barriers that divide us first. That’s why projects such as EUSTORY, which make young people from all over Europe , are so important.”
She believes that EUSTORY made her search for similarities and at the same time acknowledge our differences and respect them. Thus, it made her more tolerant to other people. “The fact that you become part of this network, changes how you feel about everything: as soon as I hear the name of a country, I think of a specific person who lives in this country. It makes you think of the European space totally different, not any more in politics, but in people. Europe is closer and cosier than ever to me.”

Mariella presenting her research work to other young Europeans

Furthermore, EUSTORY isn’t just a network to her, it’s a family: you meet great people with same interests as you and make friends all over the continent, most of whom she still has contact with. She even visited her friend Anna in Hamburg when Eustory gave her the chance to go to the general assembly: “When I said goodbye to all these great friends the last day of the academy, I knew we’d see each other again. Maybe not soon, but the bond that all of us created during that last week, can’t be destroyed.” EUSTORY made her realize that one should never prejudices and she found it an amazing opportunity to explore different cultures from a short distance. Now Mariella has great memories, which “will stay in [her] mind and heart for the rest of her life.”

Apart from the social benefits, Mariella of course acknowledges that EUSTORY is a great opportunity to learn a lot and expand your knowledge; how to do interviews, how to present your ideas in a fluent and apprehensive way and it’s obviously a great way to improve one’s linguistic skills.

“The research that you have to do for the competition can also have a strong influence on your thoughts,” she says, “it made me comprehend the unfairness that history brings with it.”  She wrote her paper about Dimityr Mavrodiev, a Bulgarian teacher who helped create a Bulgarian identity immediately after the liberation in 1878 by teaching about the Bulgarian culture, language and history. After days of deep research, it was sad for her to realize
that he is almost completely forgotten, even in his native village. Only some old archives hold record of him, but in the minds of the people, it’s as if he never existed. “People, places and events which deserve to be remembered and honored, are often forgotten. We have to make an effort to find people who are almost forgotten. Just as Dimityr Mavrodiev, they deserve to be remembered for who they were. History just isn’t fair to everyone, and it’s our task to change that.” Both EUSTORY and her research encouraged her to devote more time to history and literature and gave her the final push into deciding to study either law or journalism in the future.

EUSTORY stopped her separating Europe into north, south, west and east, EUSTORY made her more tolerant and understanding towards others, it made unbreakable friendships and unforgettable educational situations. One week of EUSTORY made her grow as a person.

Written by Eustory-Blog
Here you can find reports from EUSTORY History Camps and other activities by young Europeans.
Share This Post
You May Also Like
Building Bridges through Europe – Germán about his Erasmus year in Ghent, EUSTORY friendships, ‘los indignados’ and the current crisis in Europe
7. November 2012
Dita: “EUSTORY made the borders disappear – now they are some lines on the map and nothing more.”
8. October 2012
What no school book will ever teach you: Orest, Ukraine
5. June 2013
Europe in High-Resolution: Ondřej about the change of perspectives through travelling
2. August 2012
Previous Article51 years ago… A wall was builtNext ArticlePeople and Power – Power over People? Young Europeans discussing the dimensions of power in Berlin